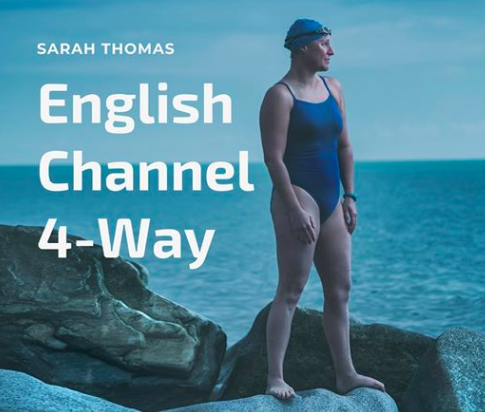 Sarah Thomas is raising the bar in the endurance sports world so high, it is difficult to fathom. With a two-way 24-hour’ish crossing of the English Channel finished, the cancer survivor is on her third consecutive crossing with plans to do an unprecedented four-way.

How does a woman with breast cancer go into remission after a tough battle – and then attempt something that has never before come even close to being achieved? She is not raising the bar by a little, she is absolutely smashing it Beamonesque style.

Swimming world records in the pool are usually broken by tenths of a seconds and track records by similar amounts. Records in extreme and endurance sports are similarly set by relatively incremental amounts. But Thomas is en route – especially if the conditions hold – to absolutely crush the three-way 100.5 km crossings performed by Jon Erikson (38 hours 27 minutes in 1981), Philip Rush (28 hours 21 minutes in 1987), Alison Streeter (34 hours 40 minutes in 1990), and Chloë McCardel (36 hours 12 minutes in 2015).

Sarah Thomas is showing the world how a human – an individual who overcame cancer – can 134 km to enter into the Pantheon of all-time endurance sports greats…watch her progress here. 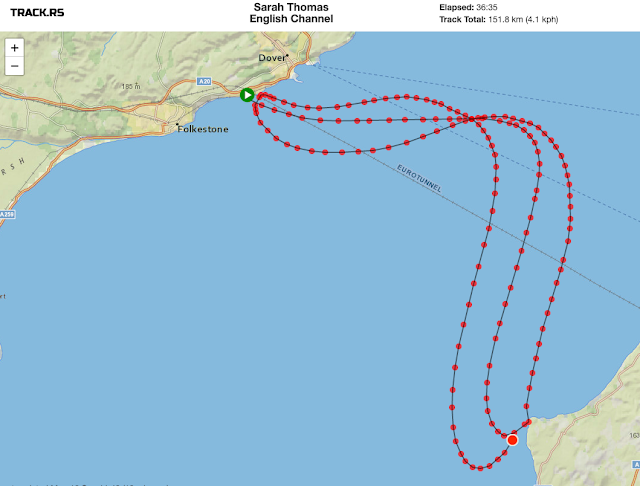 TRACKRS shows her progress as of Monday morning, September 16th just about to complete a three-way crossing after 36 hours 52 minutes.


Footnote: she completed the 4-way crossing in 54 hours 10 minutes.