Sarah Thomas Honored By The Hall Of Fame 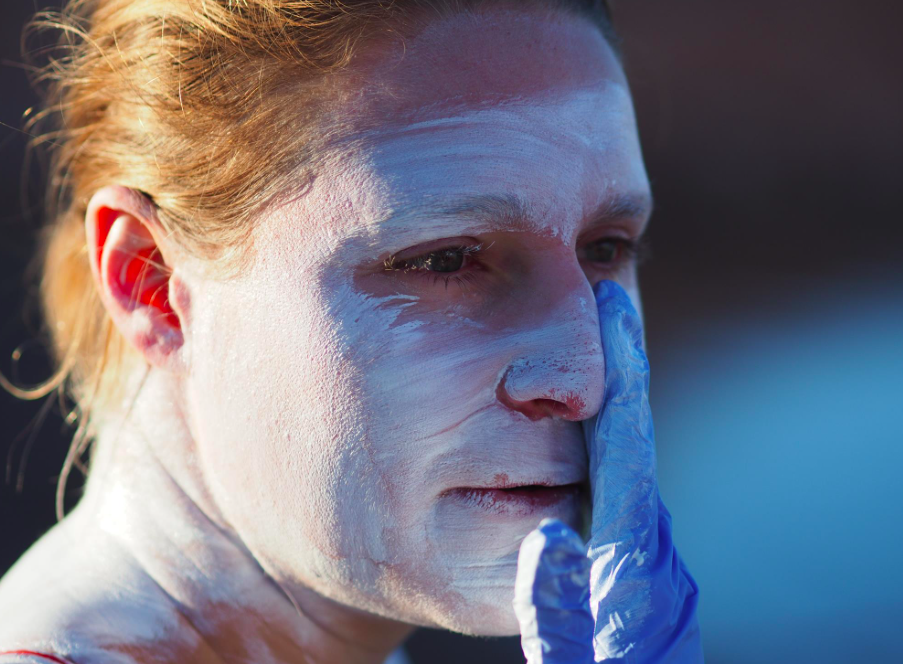 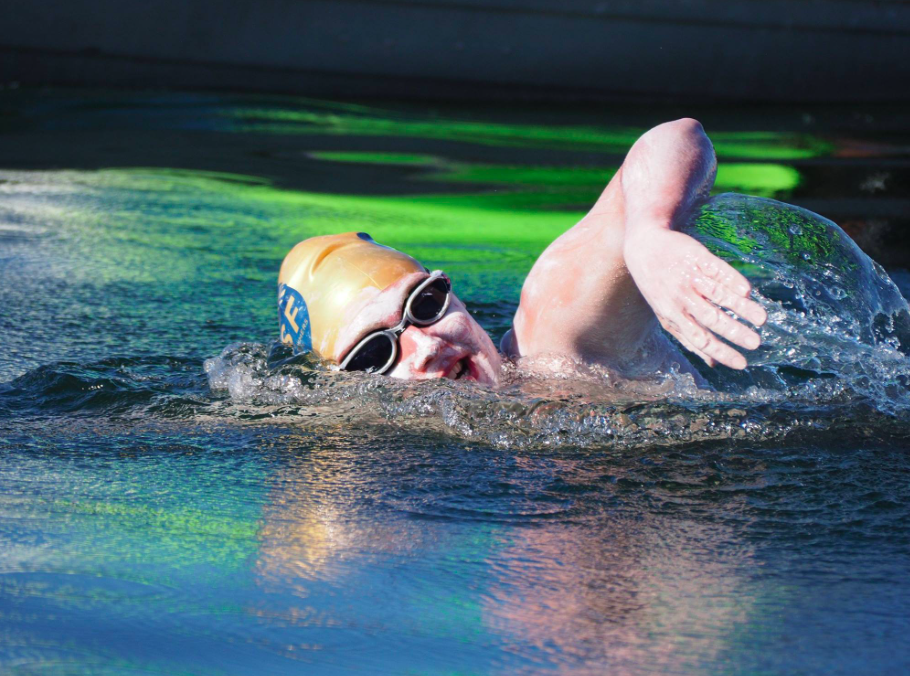 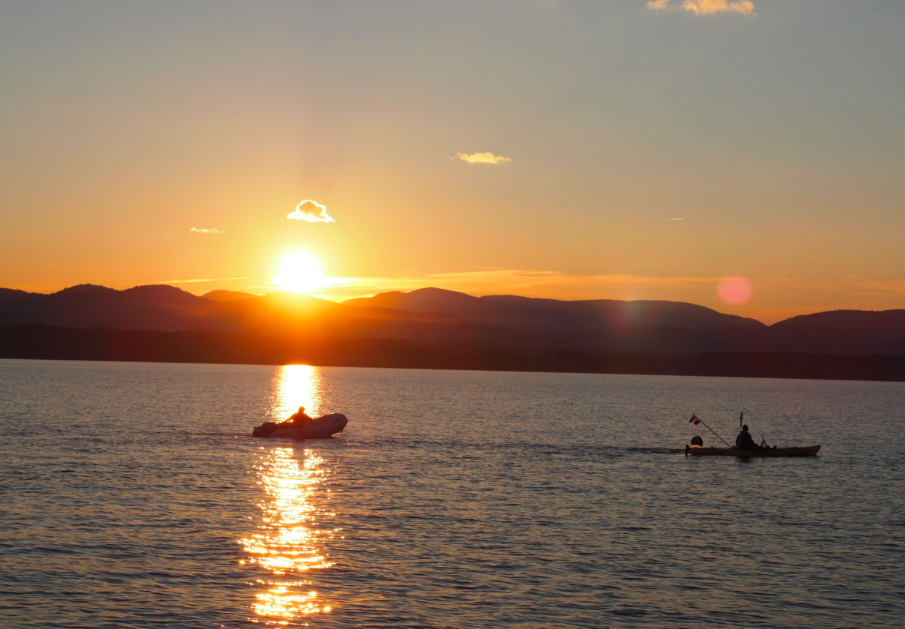 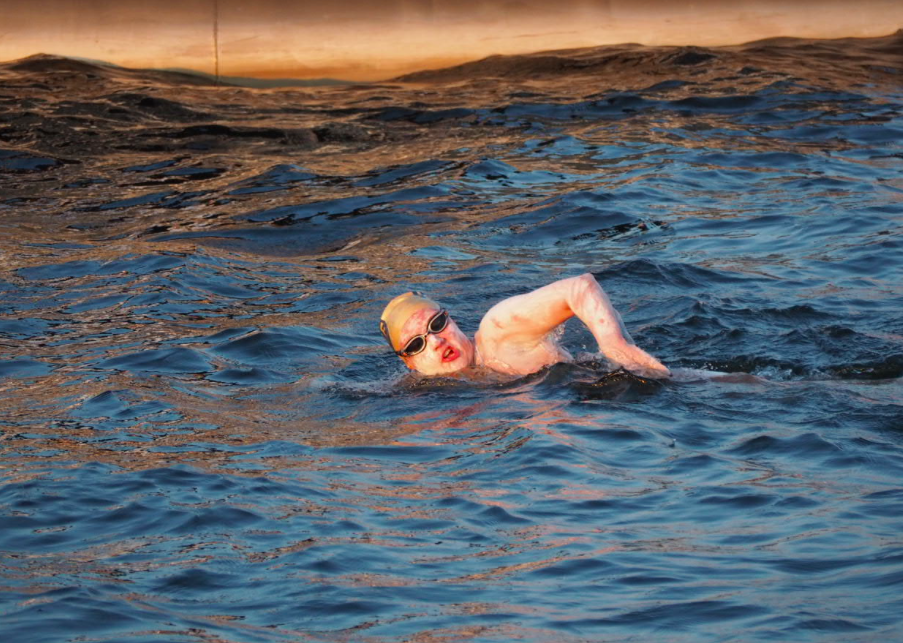 Each one of this year’s inductees are remarkable athletes who have completed incredible feats in the open water, as well as exceptional humans who lead inspirational lives on dryland. Some have achieved greatness in competitive events, some in solo crossings, some in unprecedented marathon swims. While their greatest swims are publicly well-known, it is the relentless dedication and numerous hours they put in hard, solitary training year after year that enable them to complete their swims in lakes, river, seas and oceans around the world.

The Class of 2018 includes one of the world’s most celebrated ultra marathon swimmers Sarah Thomas.

But two of her most recent swims have been well-covered and witnessed by thousands of endurance athletes worldwide:

She talked about her career:

Daily News of Open Water Swimming: How does it feel to be inducted in the International Marathon Swimming Hall of Fame – even though you have a lot more swims in your future?

Sarah Thomas: I think it’s great to be recognized, especially when I have more swimming left to do. It’s amazing that my swims are being recognized now. I hope that the added exposure brings more people into the sport as they follow along on my adventures.

Daily News of Open Water Swimming: What was the most satisfying swim of your career (to date)?

Sarah Thomas: I think my Lake Powell swim last year was my most satisfying swim. Finishing that swim made me feel like I’d finally proven something to myself. It was a really tough swim, both mentally and physically, and walking out of the lake at the other end was a pretty incredible feeling.

Daily News of Open Water Swimming: What was the toughest swim of your career (to date)?

Sarah Thomas: Don’t laugh, but the Catalina Channel still holds the record for being the most miserable swim I’ve ever done. It was my first swim and I didn’t have my nutrition down right and I really crashed hard. The last four hours of that swim were some of the toughest four hours of swimming I’ve ever done and it took everything in my power not to quit. Even when I finished, I thought for sure I was never going to swim again. I’ve never felt that way since. My arms were sore for a week and I could barely dress myself. My tongue peeled and was swollen. But, I learned a lot and clearly, I came back for more.

Daily News of Open Water Swimming: If there were a Hall of Fame specifically for two-way crossings, you would definitely be in the inaugural class. Can you compare the difficulty of doing the return leg versus the first leg on all your long double crossings?

Sarah Thomas: I’ve always been a back-half swimmer and even in pool workouts, I grew up telling myself that the second half always goes faster than the first. So, any time I’ve had a turn around, it’s been a positive experience and just getting halfway made me feel like the hardest was already behind me.

Daily News of Open Water Swimming: Can you describe your typical weekly schedule, including your swimming workouts, your work schedule, and any dryland training that you do?

Sarah Thomas: I typically swim in the afternoons, after work. I’m limited in Denver as to when I can get pool time and open water time, so it’s a pretty strict schedule. If I miss a swim time, then my entire week gets out of whack. So, when I’m really training, my week looks something like this:

I don’t have a lot of free time, so I don’t do as much dryland as I’d like, beyond walking the dogs and some weekend hikes with friends.

Daily News of Open Water Swimming: You do swims all over the world. How do you select your escort crew members?

Sarah Thomas: I have a few people who I always want to have with me, if they’re free: my husband, my mom and one of my sisters. If they aren’t free, or if I need more than just them, then I go down the list of people who I think are competent, tough, and understand what I need from a swim. Every swim is different and you want to take personalities into account. I need people who are tough, but I also need people who are comfortable being silly and cheering for me. I also need people who have good local knowledge, are good at problem-solving, and can get along well with others for long periods on a boat.*

Daily News of Open Water Swimming: You did swims that were unprecedented. Can you describe how these swims came into being?

Sarah Thomas: For Lake Tahoe, I had several friends who had done one-way crossings. After finishing the English Channel, I realized I wanted to try something longer, so it was an easy leap to see Tahoe as a beautiful place to try something hard.

For Lake Memphremagog, Phil White called me after the Tahoe crossing and he asked me to come out and try the double. I told him his idea was crazy, but I eventually gave in and decided to give it a shot.

For Lake Powell, I really felt like I could swim the extra 30 miles between In Search of Memphré and what Lake Powell ended up being. We had a lot of obstacles to overcome at Memphré and I thought that if we could plan better, have a bigger support crew, have a bigger boat, and if I could train better, I had a pretty good shot at hitting 80 miles. There aren’t a lot of large lakes in the United States, and I had several friends who had been to Lake Powell, plus it was close to home so we could drive our supplies out.

For Lake Champlain, after I finished Lake Powell, I really thought I could make 100 miles. So, we needed another big lake with some predictable weather patterns. Champlain kept coming up as an option, and despite the lampreys, we decided it was otherwise ideal.

Daily News of Open Water Swimming: What are your go-to foods and favorite drinks during swims?

Sarah Thomas: I use CarboPro mixed with either apple juice or Nuun electrolytes. That gets me through 90% of swims. On Lake Powell and Lake Champlain, I needed some solid options, so I ate things like chocolate chip cookies, carrots and risotto. It’s nice to have something solid in your stomach after 30+ hours of swimming.

Daily News of Open Water Swimming: You walk out of your marathon swims like most people finish a pool workout – that is, talking and smiling. How can you look so fresh after your swims? Do you have any particular secrets?

Sarah Thomas: No secrets – just lots of training to make sure I’m prepared. And a whole lot of luck.

Sarah Thomas: Everything: songs, books, what I’m going to do next week, things I need to tell people, how my stroke feels, what’s going on on the boat, what I’d like to eat when I’m done, etc. I also have a lot of time thinking about nothing at all.

“Sarah does things that few others on the planet can do – and she makes them look easy. Physically, mentally, logistically, emotionally – she has the whole package – enabling her to swim further and longer than anyone else on Earth,” said Steven Munatones. “But she also creates an environment and team around herself that leads to success. Success with a bright, wide smile – for herself and everyone associated with her swims.”

“Sarah and the other new members of the International Marathon Swimming Hall of Fame emulate those exceptional 269 forerunners already enshrined in the Hall of Fame. Since the class of 1963, our marathon swimming inductees from around the world have received the ultimate marathon swimming recognition. They have been immortalized with their names inscribed on the IMSHOF Sea Goddess, our ‘symbol of the sea’,” explained Chairman Christopher Guesdon. 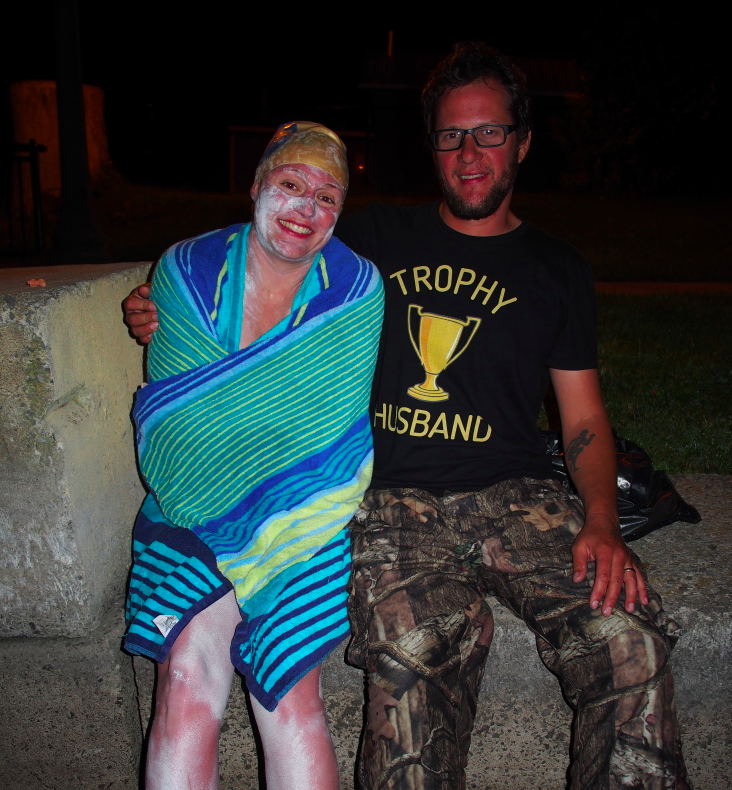