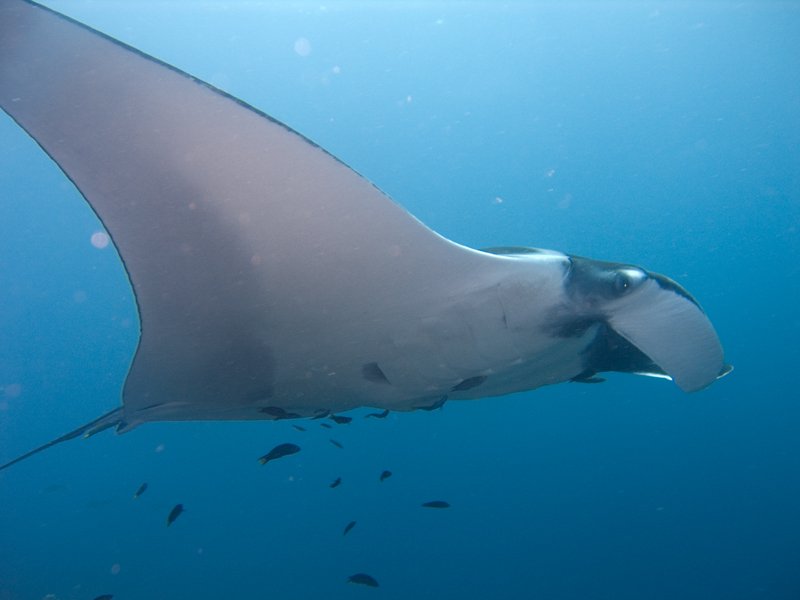 There are certain creatures in the ocean that are beautiful to watch below you while you are swimming in the ocean: dolphins, turtles and manta rays come immediately to mind.

The mantas are so graceful as they glide through the water so easily.

But manta ray gills are traditionally sold in China, marketed with unproven claims to increase the amount of breast milk, detoxify the blood, cure chickenpox, heal tonsillitis and clear a smoker’s lungs.

Hunted and killed for ills of mankind, the world’s manta population is falling similarly to sharks. But there is reportedly a shift in not only a mindset of consumers, but also very importantly the Chinese government towards a ban on the manta ray gill business.

WildAid reported that Peru has recently approved strong regulations to protect the giant oceanic manta ray, a species particularly vulnerable to fishing activity. WildAid writes, “Manta ray populations are under serious threat worldwide from fisheries targeting mantas for their gills and meat, and from accidental entanglement in nets and fishing line.

Peru has one of the largest remaining populations of giant oceanic manta rays. Last spring, a giant oceanic manta caught in a gill net by a fisherman in Peru made international headlines, sparking calls to strengthen protections for mantas, whose gill plates are often sold in some Asian markets for use in a health tonic
.”

Those manta ray gills make their way to China as businessmen fed the Chinese public’s appetite for wildlife. WildAid, a conservation group based in San Francisco, launched a campaign in 2014.

Like the success in reducing the consumer demand for shark fins and elephant ivory, the campaign took on various issues in order to slow down the rampage to kill the manta rays and sell their gills as a cure-all.

There have been successes in addition to the Chinese government’s actions vis-a-vis the manta rays. Indonesia started to prohibit manta ray fishing within its maritime boundaries in 2014, a year that saw the manta ray received protections under the Convention on International Trade in Endangered Species of Wild Fauna and Flora.

For ocean swimmers and marine tourists around the world, this trend is a very good movement.