Saving The Coral From Sunscreen 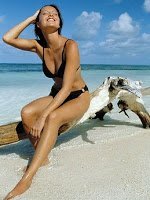 An estimated 4,000 – 6,000 metric tons of sunscreen washes off swimmers annually in the ocean worldwide. From the Mediterranean to the Pacific, sunscreens literally pour into the oceans off the skins of millions of swimmers who are trying to shield themselves from the harmful rays of the sun.

But the sunscreens are not always fully biodegradeable and can be harmful to fragile marine ecosystems – something that open water swimmers can take into account before they jump in the waterways with loads of sunscreen on.

Reef Safe SunCare was introduced by Tropical Seas of Ormond Beach, Florida as a lab-tested sunscreen that is biodegradeable in oceans, lakes and rivers, and non-toxic to marine life. Reef Safe SunCare was chosen by the Jean-Michel Cousteau Ocean Futures Society where a portion of every sale is donated to Ocean Futures’ efforts to preserve the oceans for future generations.

With the new Vitamin D-producing sunscreen product also coming out, it appears that the private sector is doing what it can to protect humans and marine life.