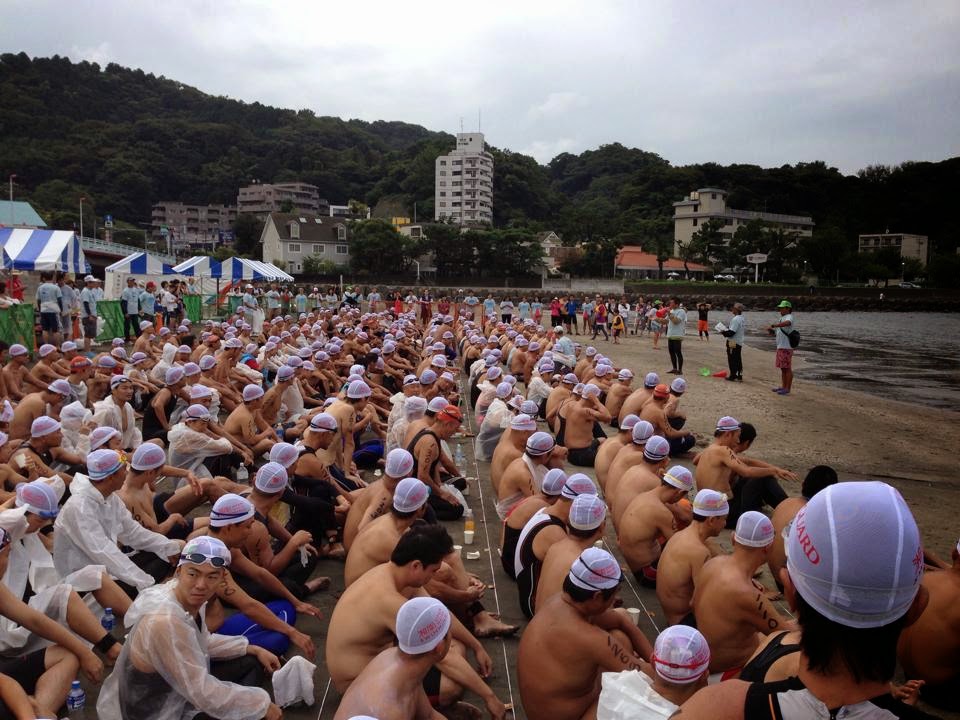 Well-organized, prompt and safe as Japanese events are well-known for, the event organizers did well enough to pick up over 25% of the athletes in the Pacific Ocean.

Scott Imaye was one of the swimmers who braved the oncoming currents while enjoying the challenge. “The water temps were between 19-21°C. It was cloudy with no jellyfish, but unfortunately we swam against the current. Over 100 people did not finish.

I started with about 380 others, but there were no real battles. Swimmers might be nicer than triathletes. It was chilly for 30 seconds. Unfortunately, I lost my breakfast at about 2 km but I made the cut-off limit at the 5 km mark. I started realizing that the kilometer markers were not coming as fast between 4-8, then I understood. The current [was against us], wonderful. Nothing could be helped other than swimming on – but I kept looking back for the dreaded DNF boat – which luckily never came. Anyway, I sucked it up for the last 1 km and went all in. I now might be addicted to ultra-swimming
.”