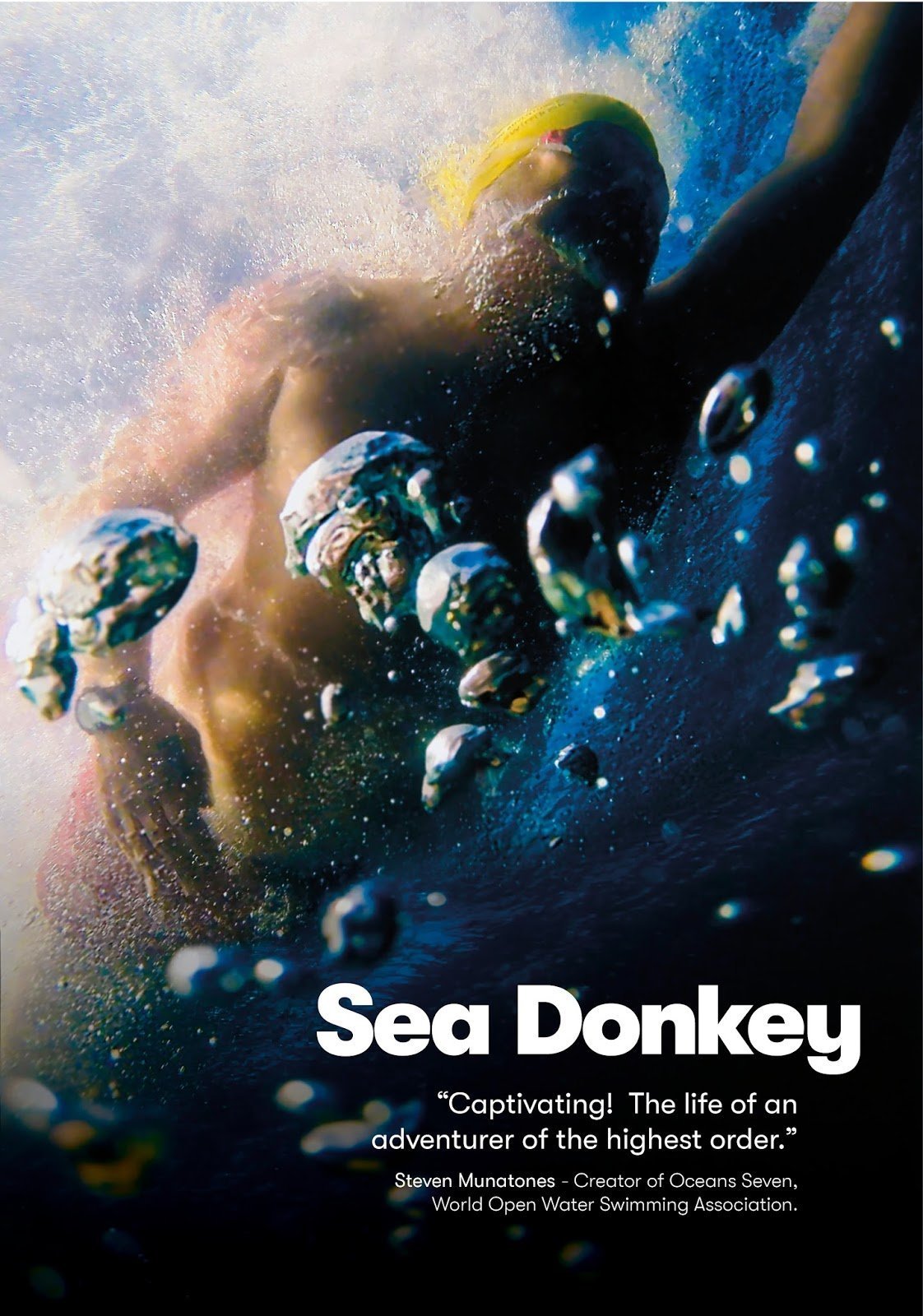 Adrian Sarchet has a stubborn streak – an extremely useful characteristic for a channel swimmer who often faces cold, rough patches of water – especially on his search to achieve the Oceans Seven.

His 2015 adventure of 14 hours 13 minutes across the North Channel from Northern Ireland to Scotland was captured dramatically in the new documentary DVD called Sea Donkey by filmmaker James Harrison.

“Sea Donkey not only motivated me to jump in the ocean and visit Guernsey, but the film will serve to motivate others to take on the lifelong challenges, both on dryland and in the water.

The physiological pain and the psychological roller coaster that Sarchet rode on his way across the North Channel is absolutely captivating
,” says Steven Munatones.

“Adrian’s embodies the life of an adventurer of the highest order; the aerial views and the underwater shots by director James Harrison beautifully captured his chosen venue. The thread that James created of Adrian’s mission to cross the North Channel culminates in highly emotional scenes where Adrian nearly get swept away from his goal.”

Harrison describes the film, “This documentary stalks the beautiful, funny and harrowing boundary between ambition and folly in extreme sport. It is a must-see for anyone inspired by the tenacity of the human spirit. Ady woke up after more than a decade of lawyering and realized that he was a heart attack waiting to happen and that he yearned for adventure. Open water swimming has saved his life and his sanity.”

Sea Donkey is scheduled for release on November 9th on the streaming platform Vimeo on Demand that will follow a local screening. “We will also be doing a limited release on Bluray and DVD through www.seadonkeyfilm.com.”

For more information or to rent or purchase the film, visit the Sea Donkey website or its Facebook. A local premiere screening will be held on November 8th and the film will go live on Vimeo on Demand on November 9th. Pre-orders can also available now on Vimeo.

Use the promotional code “oceans-seven” for a 10% discount on both rent and download purchases from Vimeo.