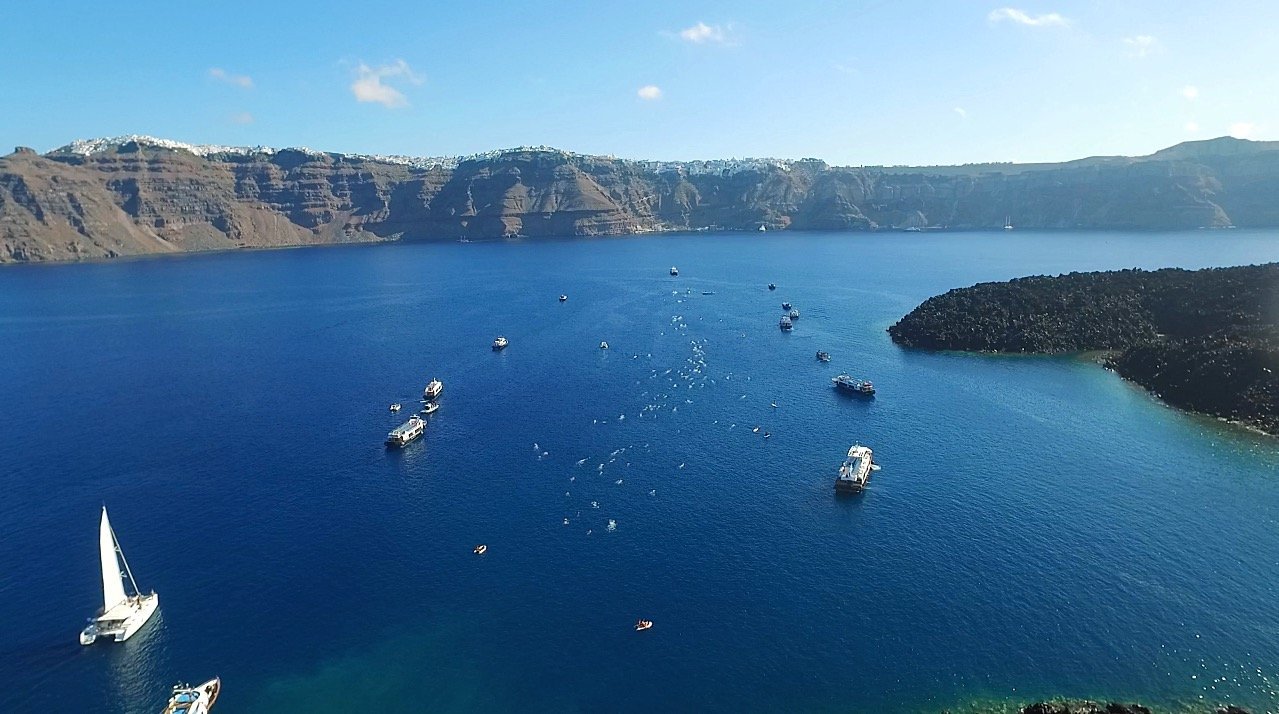 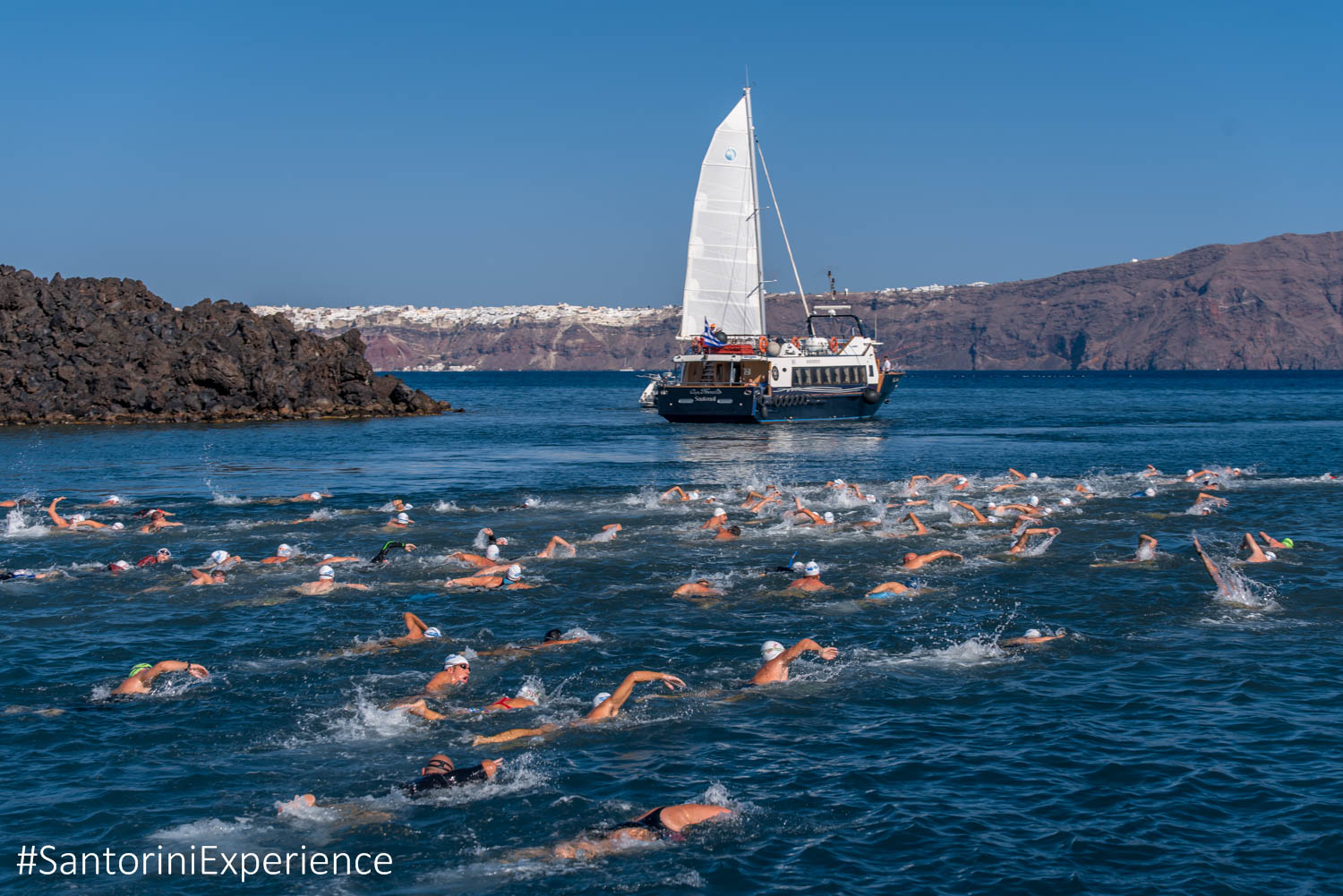 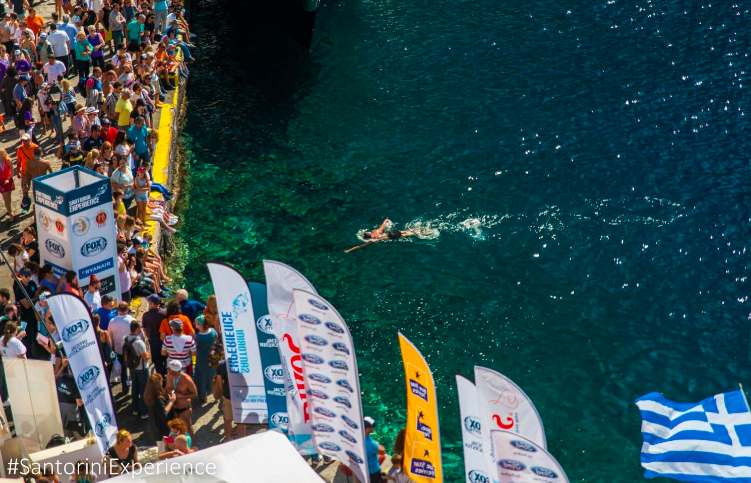 The Santorini Experience open water swimming event covered by a drone in Greece.

The event was broadcast throughout Europe, Asia and Africa by the television network FOX Sports and included a meet-and-greet session with 2016 Olympic silver medalist Gianniotis, Araouzou and Anthony Fokaidi. Safety coverage was provided by the Union Boatmen island of Santorini Yachting Club, the National Rescue Corps Game of Aegean Divers and Life Saving Schools of Athens, Piraeus (European Lifesaving School), and Katerini (local Lifeguard Patrol). 25 vessels with 70 people on the water helped with the operations and safety of the race.

Mayor Thira Anastasios Nikolaos Zorzos said, “The Santorini Experience has already become a tradition for our island and both locals and visitors embraced with great fervor. The volcanic soil and the energy that transmits our place in conjunction with athletic activity, guarantee a unique life experience. The island offers alternative forms of tourism throughout the year and the Santorini Experience proves. We continue this effort, support and participate actively so that our island remains the first guest preference positions. Many thanks to all the organizers, sponsors and our volunteers, without them we could not realize its successful this event.”

Eleftherios Tzouros described the event, “The beautiful, magical, unique and endless journey of Santorini Experience continued in 2016 even more dynamically and reminded us that the original idea to borrow the caldera of Santorini to try the participants their boundaries was and remains unique. The Santorini Experience 2016 opened the sails and already showed us the second time the dynamics of satisfying fully the objectives we set ourselves at the outset. The joy, the smile and satisfaction on the face of the participants is the energy that we got to this athletic journey will never end.”

Interview with Gionniotis and Gemelos is posted here.