Sea Swimming Is A Beautiful Thing 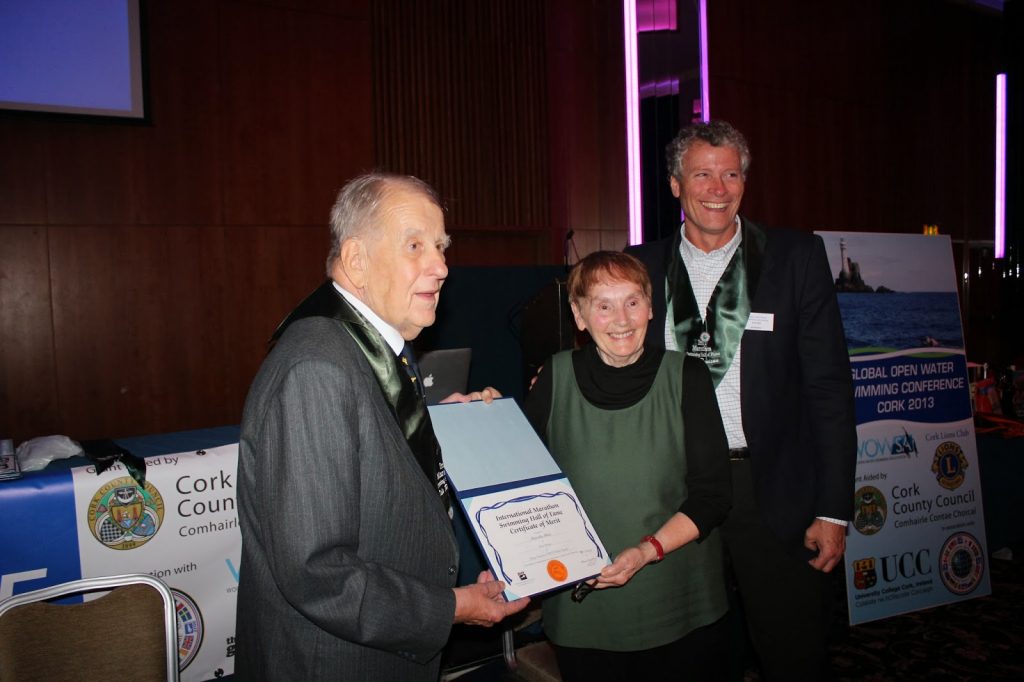 Doloranda Hannah Pember, the daughter of Mercedes Gleitze accepted her mother’s award as an Honour Pioneer Swimmer at 2013 the International Marathon Swimming Hall of Fame ceremonies in Cork, Ireland.

Pember is putting together an biography of her mother that covers her mother’s swimming career and the way she managed it. “The biography is littered with many of her quotations. Although she spoke very little to her children about her career, she kept her archives safely stored away in the attic for us to inherit.”

One of the beautiful quotes that Pember used during the induction ceremonies was from her mother’s diary of her New Zealand Tour, initially published in 1931. “Sea swimming is a beautiful thing, in fact an art – an art whose mistress should be not the few, but the many, for does not the sea and its dangers cross the paths of thousands? Nay, millions! What could possibly speak more for man’s prowess as an athlete than the ability to master earth’s most abundant, most powerful element – water, no matter what its mood.”

Doloranda Hannah Pember is shown above together with Ned Denison and Dale Petranech of the International Marathon Swimming Hall of Fame.