Seeing Red Across The Strait Of Gibraltar 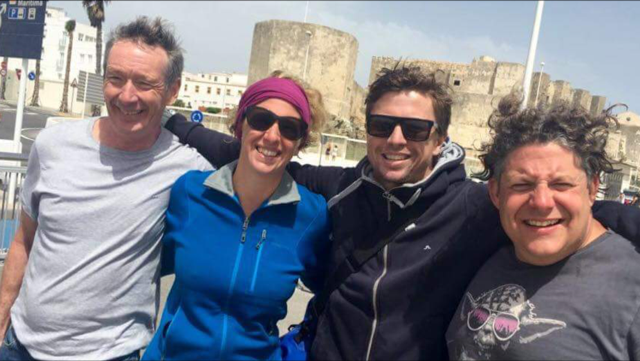 On the 29th of August two groups of tandem swimmers from East London crossed the Strait of Gibraltar from Spain to Morocco.

In the first group, Paul Spurway, Nathan Meadows, Juliette Bigley and Mark Redgrave took off after waiting for a week for the wind to decrease. “Even though the currents remained strong and the tide had a high coefficient, everyone was successful in the crossing,” said Redgrave. 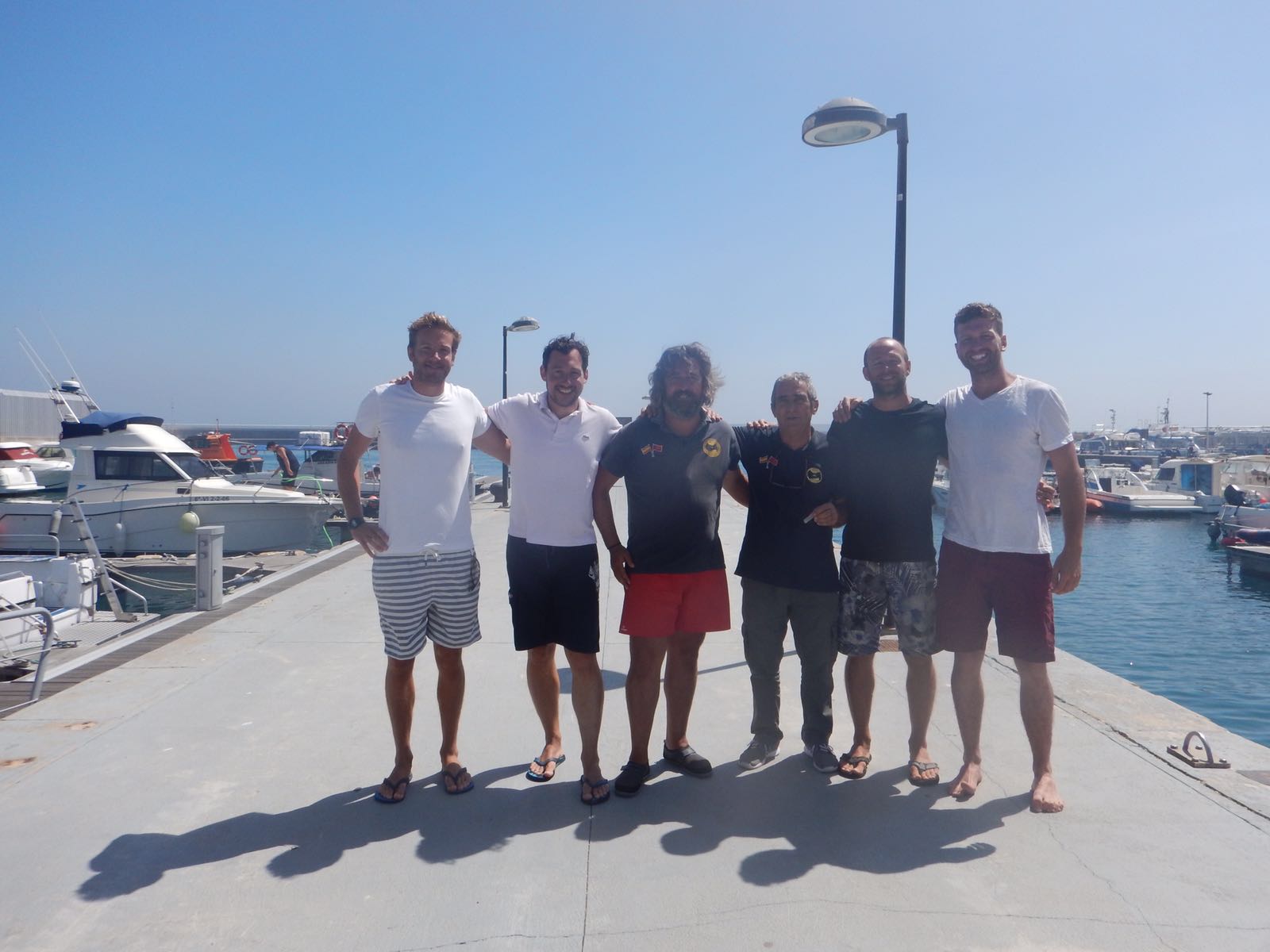 In the second group, brothers Simon and Daniel Bryant, Amaury Lamy and David Phillips made the crossing on the following morning. “Again it was a great success for all. Les, Juliett’s husband, mixed all the feeds and went on both crossings to supervise feeding times and provided encouragement.

We are swimmers from Red Top Swim Club and we all trained hard for this event
.”

Tim Denyer is their head coach and and co-founder of Red Top who had organized the swim and developed training programs and feeding plans for the two groups.

Redgrave recalls their taper period. “We were booked to swim week beginning the 22nd of August, but the winds were so strong all week that an attempt was impossible. ACNEG (Asociacion de cruce a nado del Estrecho de Gibraltar) were great [though], they shuffled things around and allowed us another two-day window for us to cross. We all booked different flights, phoned work and families, and were very lucky with the weather so a huge thank you to ACNEG and Red Top for making this swim possible for all of us.”

With the water temperature at 17.5°C (63.5°F), a bit colder than the Red Top swimmers expected, their preparation paid off. “They improved my swimming and gave me the confidence and opportunity to do this swim. I started open water swimming at [the age of] 50. I did the winter season with the Serpentine Club two years ago and now do cold water swimming every week though the winter at Parliament Hill Lido on Hampstead Heath London with a couple of friends who have both swum the English Channel,” recalled Redgrave.

With coaching and friends, Redgrave started with the 1500m open water races and has built up to 3 km swims, 5 km events, the Dart 10k, and the Henley Bridge to Bridge 14.1 km. “[But] the Gibraltar Strait was the most challenging thing I have ever done. I have met some really nice people through this sport; whilst it’s competitive, everyone is encouraging and most seem to have a great sense of humour.”

His infectious joy for the sport has continued to push him further offshore. “I joined a sea swimming club at Chalkwell called The Redcaps who swim all year round with different events and races through the year again a terrific club with nice people.”