Seeing Red In The Open Water 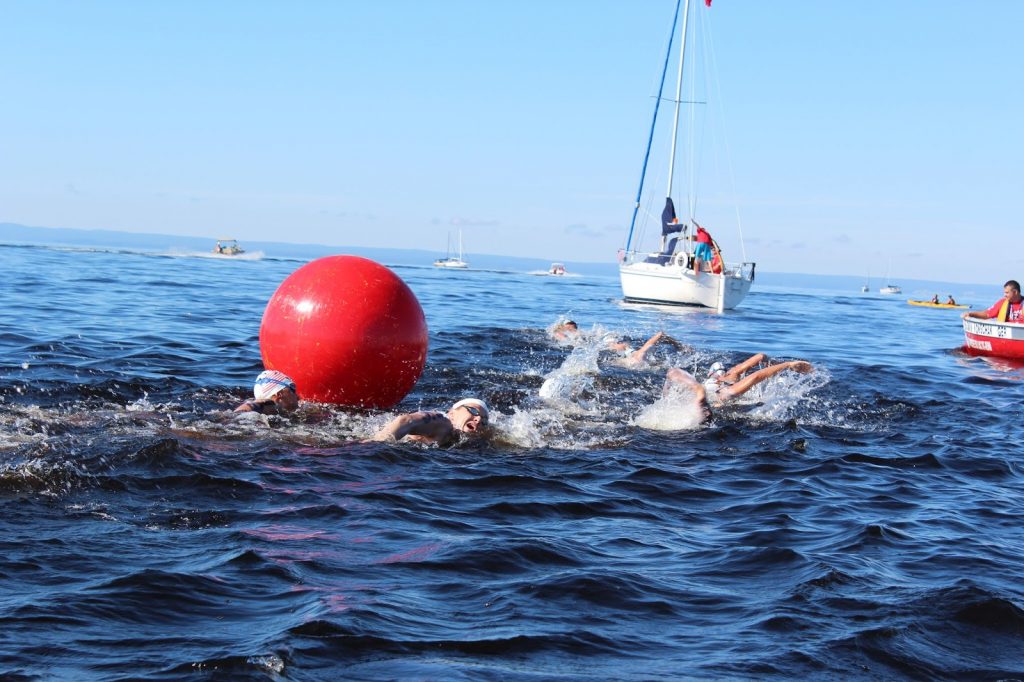 Recently, we heard of a large man who intentionally hit a younger boy during an open water race. According to the swimmers, the larger man lifted his hand above the water and purposefully smacked the smaller boy on the back of his head.

When the boy emerged from the water, he had a large lump on the back of his head and asked a simple question.

There is no good answer.

Around the shores and coastlines around the world, we are hearing occasionally about more and more incidences of unsportsmanlike conduct in the sport of competitive open water swimming. An increasing number of swimmers are being intentionally kicked, punched, elbowed, ziplined, and scratched with an intent to harm because a few swimmers and their coaches believe that physicality are part of the sport of open water swimming.

Physicality is part of the sport, but it is due to a large number of swimmers competing in a defined area, especially at the start, turn buoys, feeding stations, and finish. Getting arms crossed, tapping on the feet of swimmers ahead, veering into their bodies are all examples of unintentional and frequent acts of physicality.

There is no avoiding these situations and most swimmers simply accept these incidents. No harm, no foul. No advantage sought, no disadvantage results.

But when a swimmer intentionally punches, kicks, elbows, ziplines, or scratches another athlete, there is nothing good, fair, or sportsmanlike about these acts. They are unfair and illegal. They run counter to the spirit of the sport and the camaraderie that swimmers share among one another.

Unfortunately, there are a few coaches who turn a blind eye to their athletes who punch, kick, elbow, zipline, and scratch others. These coaches neither call out their swimmer nor teach them the fundamental understanding of the sport or its rules. These clueless coaches continue to guide their swimmers to the long-term detriment of the sport. These coaches and athletes believe that success in racing is based on both training and illegal acts during competition. How wrong and how sad they are.

But because the number of open water swimmers is growing and the number of experienced, knowledgeable, objective officials and referees is not keeping up with the demand, these problems will unfortunately continue. Granted the number of bad apples in the sport is extraordinarily low, but how many amateur races have officials along the course route? How can the sport call attention to these unacceptable breaches of open water swimming etiquette and sportsmanlike conduct? Here are a few suggestions:

These may be severe penalties for unsportsmanlike conduct, but currently there are no real penalties for intentionally punching, striking, elbowing, or trying to hurt another athlete in an open water swimming competition other than a disqualification – if it is seen by a designated race official. Such actions should not be tolerated by any race director, organization committee, governing body, coach, parent, spouse, or athlete. To establish severe penalties for such actions will help serve as major disincentives to continue such unacceptable behavior.