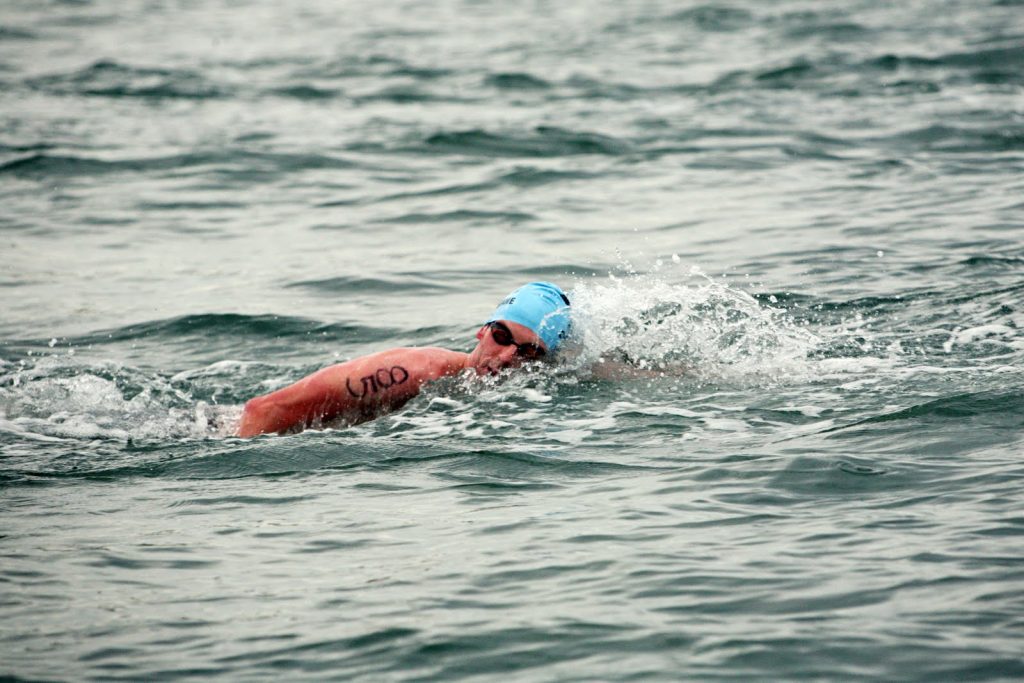 “It was tough, but he told me to go [at the latter stages of the race],” said Trent. “We were swimming together, but I knew how he felt and I just went without him.”

I was feeling really good for the first 10K. My shoulders felt good,” said the younger Codie. “But then the lactic acid built up and my arms felt like bricks. I hit a brick wall and it hurt so badly. I saw Alex behind me on the last leg and he was coming on strong.”

We were swimming together [in the first half of the race], but we weren’t sure when we would make our breakaway. We were swimming with Alex and Mark and then would figure it out during the race.”

Alex went stroke-for-stroke with the Grimsey brothers and hung on admirably. “I was happy to push it. It was great to swim with them. I kept my stroke together and I never got too cold. I was just happy to be in the [lead] pack,” summarized Alex who finished a strong third, 18 minutes ahead of Mark who agreed that his training was not at the level it was last year when he won the first Distance Swim Challenge.

Wherever they finished, the overwhelming consensus was satisfaction with the 12.6-mile point-to-point course along the California coastline. “The course was great. I felt like I was doing something, getting somewhere by swimming from point to point,” said the always smiling Codie.

Smiles and satisfaction, gotta love those results after 12.6 miles in the Pacific Ocean. The top 3 finishers: