Sergio Salomone In Harmony With Orcas 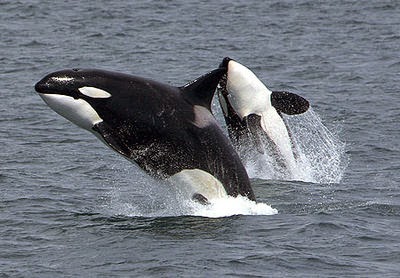 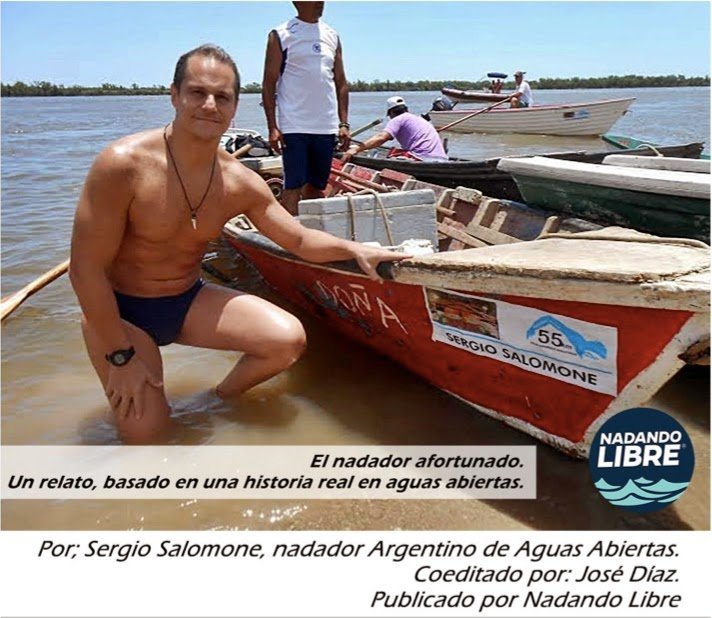 Salomone talks about his in-water experiences with an orca. “I swam with the animal that even Great White Sharks fear, the most imposing of all aquatic predators…the Orca (Ballena asesina in Spanish).

Since I started swimming in the open water for more than a decade, I take every moment to enjoy my home in Villa Gesell on the Argentine coast where I am at liberty to train without lanes in the vast and beautiful ocean
.”

Salomone trains in his local sea from December to March where he trains the same pace whether it is in a pool or in the sea. “If I swim 10 x 100 at 1:20, this translates to 10 sets of 80 strokes to achieve the same sense of speed in both the pool and sea.”

He typically swims parallel to shore over 300 meters from the coast where he can avoid the surf. He still remembers the date of February 13th 2013, he saw the tip of a fin. “[The fin] was tall and imposing behind me.” He went on his back to confirm what he thought he saw. Perhaps his imagination got the better of him so he kept on swimming when he couldn’t see another sighting of the fin. About 200 meters from the pier as he was rotating his head to breathe, he was stunned by a large black and white mass underneath him with its giant glassy eye staring back at him. “It was powerful and delicate at the same time.”

The orca startled him and he could not breath. “I was petrified, feeling like my whole body was overcome. My God, do not tell me that this is my moment, right here in the middle of nowhere, right now all is well in my life...”

Panic struck and he started swimming frantically towards the beach. “I had already swum 100 meters faster than I have ever had in my life, my mind raced. I looked back and saw it [again]. I thought this great animal could hurt me anytime and do so deliberately. How long had I trained that day without knowing of its presence? I put my head back in the water again, slowed my swim pace and went back to my training.”

He imagined that the orca would reappear.

“After 100 meters, I could see a powerful jet of water. I could clearly see its mouth full of conical teeth which made me freeze. But I had already made the decision that I was in the middle of the sea completely at its mercy, so I continued my journey.

The orca dived gently just a few meters below me. I could almost feel my stroke would come to caress its back. I swam while the large animal moved in full harmony with me, controlling its every movement so it easily repositioned itself and swam beside me with a nearly imperceptible movement for about 20 minutes
.” As he swam back to the shore, he thought no one would believe his adventure. But as he reached the beach, he saw many people clapping. Diego, one of his friends and a local lifeguard, came running to him and gave him a big hug saying, “I saw it all, Sergito, I saw the whole thing. I cannot believe it.”

The people onshore made urgent calls to notify the local Coast Guard when they saw the orca approach Salomone. The Coast Guard response was surprisingly profound, “If the orca did not attack the swimmer, it is best to very cautious with the rescue boat that can frighten the animal. So let it follow and see if the swimmer can reach safely to the shore.”

Salomone, the man who swims safely with orcas.