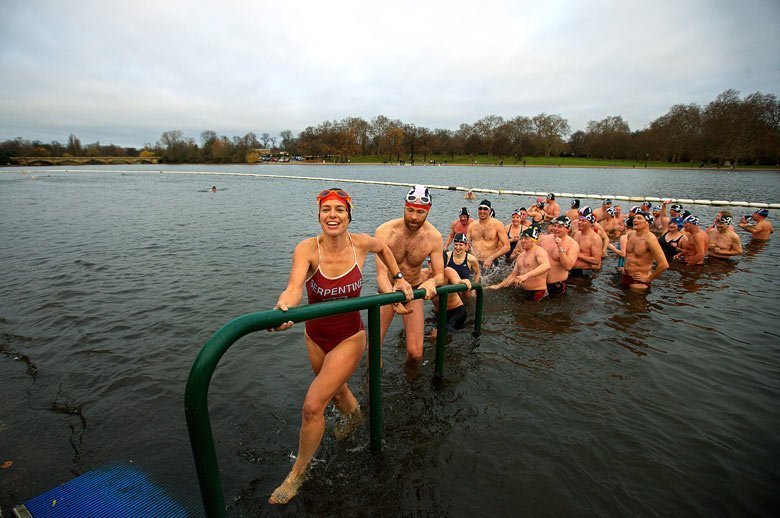 Hyde Park in London stands alone among the greatest urban parks in the world.

Hyde Park is home to one incredibly dedicated and capable group of open water swimmers.

Even with the water temperature at 1ºC (34ºF), die-hard members of the Serpentine Swimming Club are still swimming in early March as early as 6 am with the bulk of the extraordinarily hardened swimmers training daily from 7:30 am.

Despite the water temperatures, neoprene is as welcomed as sharks.

The Serpentine Swimming Club is a fantastic group of individuals with extreme tastes framed with extreme abilities.