The Serpentine, Where History Will Be Made 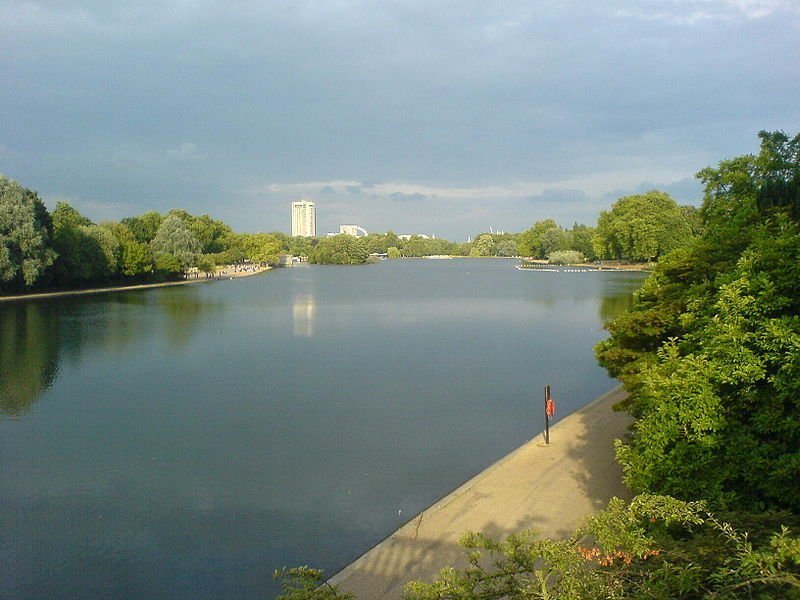 The dynamic building for the 2012 London Olympics’ pool events is the Zaha Hadid-designed London Aquatics Centre. The strikingly beautiful complex is monumental and pantheon-like with a distinctive architecture and curved roof, built at an estimated cost of £242m (US$396 million).

At world championship events, the selection of the open water swimming venue is usually an afterthought and not among the organizer’s highest priorities. But at the 2012 London Olympics, the convergence of history and focused efforts will present open water swimming in one of its grandest venues.

The Serpentine is a 28-acre recreational lake in Hyde Park, created in 1730. The relatively shallow lake will be the site of the triathlon swim leg as well as of the Olympic 10K Marathon Swim.

In 1730 Queen Caroline ordered the damming of the River Westbourne in Hyde Park as part of a general redevelopment of Hyde Park and Kensington Gardens. At that time, the Westbourne formed eleven natural ponds in the park. During the 1730s, the lake filled to its current size and shape. The redevelopment was carried out by Royal Gardener Charles Bridgeman, who dammed the Westbourne to create the artificial lake, and also dug a large pond in the centre of Kensington Gardens (the Round Pond) to be a focal point for pathways in the park.

At the time of construction, artificial lakes were long and straight. The Serpentine was one of the earliest artificial lakes designed to appear natural, and was widely imitated in parks and gardens nationwide.

Little did anyone know during the lake’s first 275 years that its shape would provide a highly technical course for the world’s fastest open water swimmers at the 2012 London Olympics.

The fastest open water swimmers will give the venue a try at the upcoming August 13th Olympic test event and then again on August 9th and 10th during the 2012 London Olympics.

The Serpentine – where history will continue to be made.