Seven Attempts Crossing Through Gate Of Grief From Djibouti To Yemen 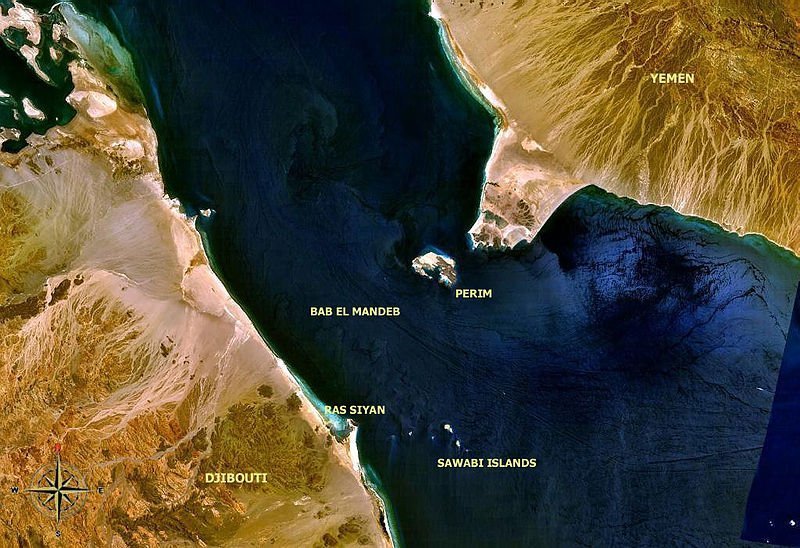 Emre Seven, a marathon swimmer from Turkey, will attempt to be the first person to swim between Djibouti and Yemen. His window will extend from the end of April to the middle of May.

Seven completed a 31 km swim from Kalamata to Koroni in Greece in 13 hours across the Messiniakos Gulf (Swimming Marathon of the Messinian Gulf), so the distance across the Bab-el-Mandeb is not the major issue. But venomous and dangerous marine life, giant tankers, and extremely high salinity certainly will be. 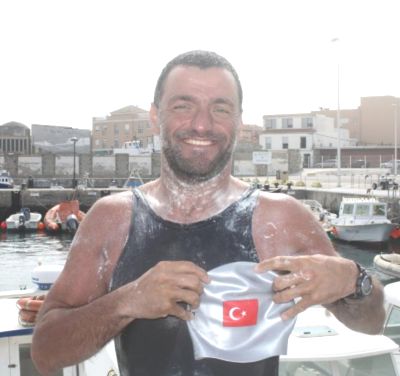 Seven will attempt to swim the 29 km (18 miles) between the coasts of Djibouti and Yemen across the Bab-el-Mandeb (Mandab Strait), the strait between the Red Sea and Gulf of Aden.

In this part of the world, in the southern part of the Red Sea, Seven will face swimming in one of the most saline bodies of water in the world, but also tiger sharks, Grey reef sharks, Titan triggerfish, Yellowmargin triggerfish, giant moray eels, surgeonfish, stonefish, lionfish, scorpionfish, rabbitfish, stingrays, pufferfish, boxfish, soapfish, Portuguese man o war, cone shells, and crown-of-thorns starfish. There will be potential danger in every stroke from shore to shore.

What is the issue with boat traffic? The Bab-el-Mandeb (meaning Gate of Grief in Arabic) is a strait located between Yemen on the Arabian Peninsula, Djibouti and Eritrea, in the Horn of Africa where much of the world’s oil is moved daily by tankers. Not only will he have to steer clear of the large tankers, but he will also face strong currents near the coast of Djibouti outside a group of smaller islands known as the Seven Brothers.

What might be some problems with the marine life? The tiger sharks is a relatively large apex predator, capable of attaining a length of over 5m (16 foot) that is a solitary, mostly nocturnal hunter and second on the list of number of recorded attacks on humans; Grey reef sharks are territorial, aggressive, and have been involved in non-fatal attacks on divers; Titan triggerfish aggressively guards its nest if eggs are present where attacks can be severe and leave wounds requiring stitches; Yellowmargin triggerfish, giant moray eels are occasionally aggressive but most bites result from divers putting a hand into the hole in which the eel lives; surgeonfish have sheathed blades at the base of the tail which can inflict deep wounds; extremely well-camouflaged stonefish have venomous spines on its back that can penetrate shoes and be fatal; lionfish have venomous fin rays that can cause systemic effects such as extreme pain, nausea, vomiting, fever, breathing difficulties, convulsions, dizziness, redness, headaches, and numbness, and sweating over a period of several days; , scorpionfish have venomous spines that produces venom that may prove fatal; rabbitfish have dorsal, pelvic and anal fins with venomous spines, capable of inflicting painful wounds; stingrays have sharp detachable spines at the base of the tail, capable of causing severe wounds; pufferfish accumulate neurotoxin in their skin and internal organs that is extremely potent and has led to many fatalities; boxfish accumulate tetrodotoxin and are poisonous to eat; soapfish produces a bitter toxin from their skin to deter predators that can cause illness in humans; Portuguese man o war has stinging venom-filled nematocysts in its tentacles that usually cause severe pain, leaving whip-like, red welts on the skin that normally last 2 or 3 days after the initial sting; cone shells house molluscs which use a venomous harpoon to kill prey as the venom causes paralysis which may lead to death; and the crown-of-thorns starfish are covered in spines which have a venomous sheath. The venom may cause highly painful wounds and even paralysis.

That is certainly enough to enter the Gates of Grief.