Seven Swims In The Seven Seas – 1 Reason, 1 Down 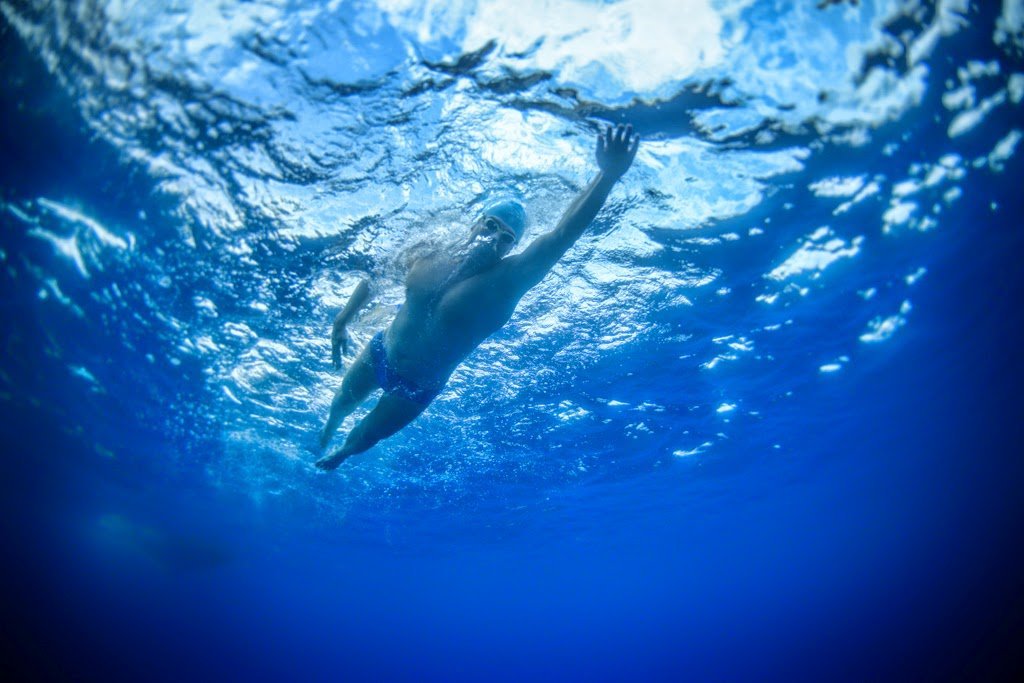 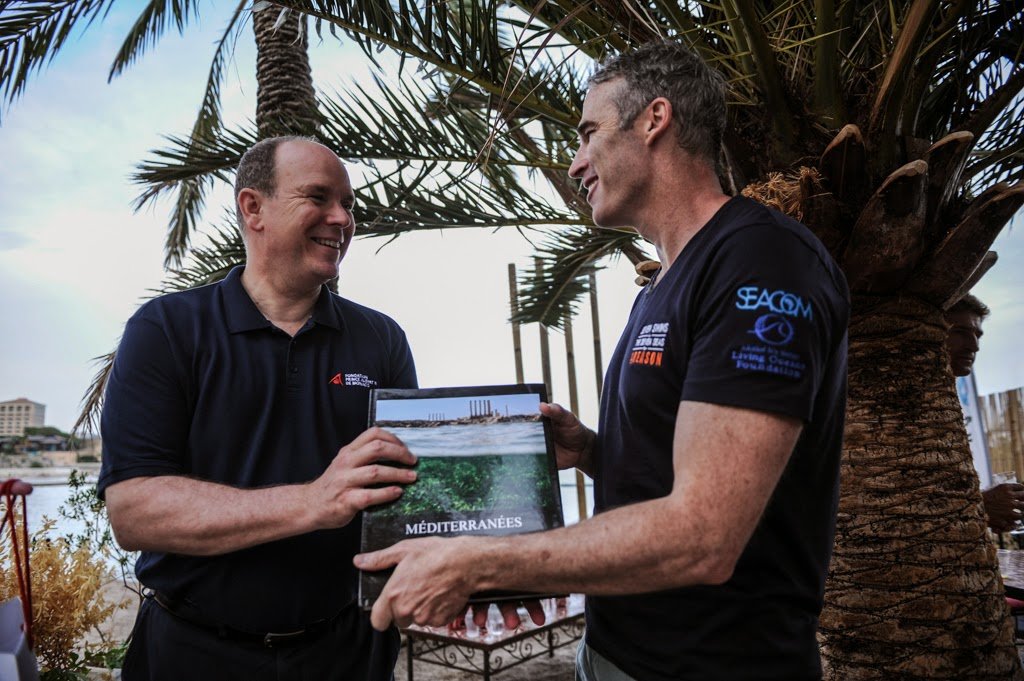 One down, six to go for Lewis Pugh‘s Seven Swims In The Seven Seas For 1 Reason.

Pugh plans to complete a marathon swim in each of the Seven Seas during the month of August. His first swim in the Mediterranean Sea is now complete.

“Our first swim is now done [in 3 hours 33 minutes]. It was much tougher than I’d expected with choppy water, but a super ending. I was honoured that Prince Albert welcomed me ashore. He’s been at the forefront of campaigning for our oceans.” Pugh and crew are now in Croatia, ready for their second swim.

As the United Nations Patron of the Oceans, Pugh has a specific mission behind his swim. “The United Nations is urging nations to set aside at least 10% of the world’s oceans as effective and well-managed Marine Protected Areas by 2020.”

“The establishment of Marine Protected Areas is a critical component of global efforts to reverse the degradation of our oceans,” said UN Under-Secretary-General and UN Environment Programme (UNEP) Executive Director Achim Steiner. “UNEP applauds Lewis’ latest expedition, which will spotlight the importance of MPAs and increase global attention to the plight of the world’s oceans.

Land-based pollution, poorly managed coastal development, overfishing and climate change are all major threats which can be reduced if governments work together and set ambitious targets. Over the last 40 years, the UNEP Regional Seas Conventions and Action Plans have actively supported member states in such efforts, including in the creation and management of Marine Protected Areas.”

But so much more can be accomplished. Approximately 13% of the world’s land lies in protected areas, but less than 3% of the oceans are protected. Of that 3%, there is sadly in reality little protection.

Pugh knows his venues. The prolific open water swimmer and maritime lawyer said, “This is my most ambitious expedition yet: Seven swims in each of the classical Seven Seas. The logistics are complex. The challenges are many. But the aim is simple: to protect our wonderful seas and their precious marine wildlife. The North, Aegean and Mediterranean Seas have been drastically overfished. Many coral reefs are in decline – through habitat destruction in the Red and severe bleaching in the Arabian Sea. The Black Sea is dreadfully polluted. And the rich wetlands of the Adriatic no longer provide a safe haven for thousands of migrating birds.

That’s why we are calling on nations to proclaim Marine Protected Areas to safeguard all our seas as a matter of extreme urgency in the same way as terrestrial national parks gave us the Serengeti, the Kruger, and Yellowstone, and ensure that future generations can marvel at elephants and lions, bison and wolves. It’s hard to imagine a world without those wild spaces. It would be a very baron world indeed. But that’s exactly what our seas and oceans will look like if we don’t act now
.

Marine Protected Areas are great for fish, great for tourism and least we forget it, great for us humans. We rely on the health of our oceans to survive. Marine Protected Areas improve the health of our oceans by protecting and restoring marine habitats, they protect species and help rebuild fish stocks and they increase resilience to environmental changes. I want to encourage our global leaders including David Cameron on my return, to recognise just how vital protecting our seas is.”

Over 3 decades, Lewis has swum in some of the most extreme locations on Earth, from Antarctica to the North Pole, from the Maldives to Mount Everest, and attracted a number of high profile dignitaries to his campaigns. Archbishop Desmond Tutu joined Lewis at his final training session in South Africa to wish him well. The Nobel Peace Prize laureate “When we damage the environment and don’t protect our resources we create the conditions necessary for conflict. However when we protect the environment we bring peace. I salute Lewis in his efforts.”

Prince Albert II of Monaco will welcome Lewis as he completes his first marathon swim in the Mediterranean Sea in Monaco. Pugh remarked on his audience with the Prince, “I’m very grateful that Prince Albert II will be on the beach as I finish my Mediterranean leg. Prince Albert is also passionate about protecting the world’s oceans; in fact, he’s set aside 100% of his national waters as an Marine Protected Area. What he’s achieved is inspiring.”

Seven Swims in the Seven Seas for 1 Reason is being supported by The Living Oceans Foundation, Seacom and The Oak Foundation.

While Pugh’s goals are tough simply from an open water swimming perspective, the logistics, operations and financing of the expedition have been difficult to arrange. But Pugh is blending his swimming with his mission very successfully. “I think [the 100 km swim in the North Sea] is going to be a very tough swim. [But] the important thing for me is Marine Protection Areas. I am using swimming to highlight what’s happening in our oceans. I want to be judged on whether, at the end of the campaign with the United Nations which will last until 2020, we have at least 10% of our oceans protected in effective Marine Protected Areas.”