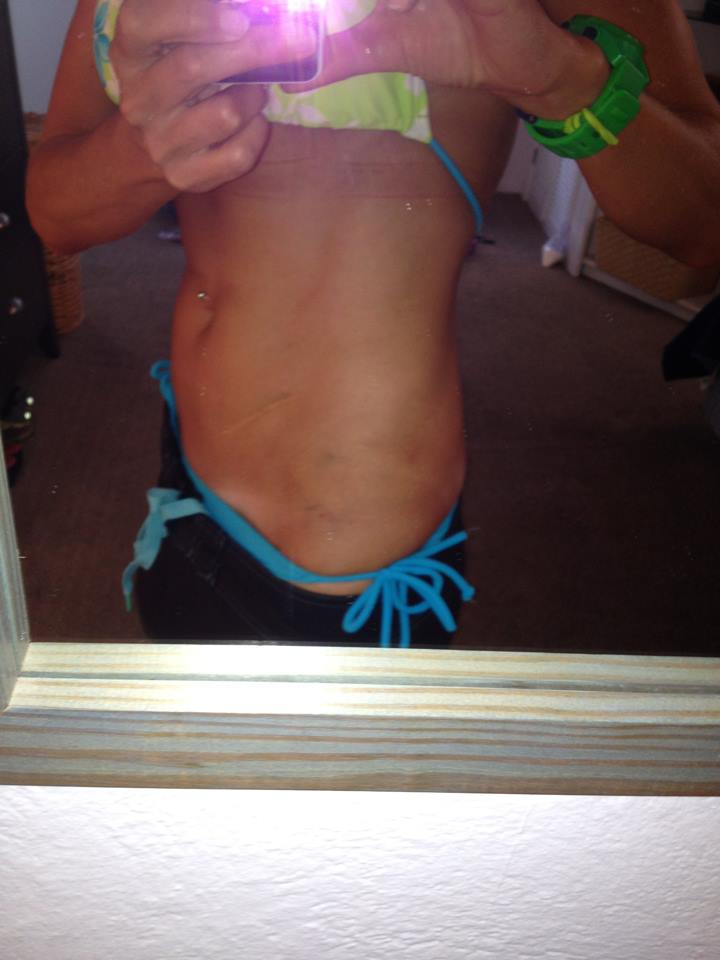 Courtesy of WOWSA, Huntington Beach, California. In the movie Jaws, Quint (a battle-toughened grizzled shark hunter played by Robert Shaw), Hooper (an experienced oceanographer played by Richard Dreyfuss), and Brody (a mild-mannered police chief played by Roy Scheider) had a discussion and a famous scene where they discussed their different accidents and injuries in the ocean.

Quint and Hooper talk about being attacked by a bull shark and a thresher shark.

But that is the movies: total Hollywood: made-up, fake, and pure entertainment. But the night out in the Catalina Channel was real life. No entertainment, totally authentic, all reality.

Although New Zealander Charlotte Brynn did not have a successful crossing of the Catalina Channel on August 29th, she had a good excuse: she was hit by a shark.

“I knew I’d been hit, but I didn’t know by what, but it was painful unlike anything I had ever felt before. It clamped on what felt like my whole left side. Whatever it was it let go, I kept swimming.”

The experienced marathon swimmer from Vermont got out and then, remarkably, found a tooth in the puncture wound when she got to the car after getting off the boat. “Boy, me and my crew were gobsmacked in the car when I found a couple of puncture holes and then a tooth sticking out of one of them!“

Brynn’s focus during the swim was indescribable. After the encounter late at night when darkness enveloped her shortly after leaving Catalina Island, she swam another 11 more hours before being pulled for hypothermia – not because of the remnants of the shark tooth in her torso. She never told anyone on her escort boat about the shark bite during or immediately after her swim this Thursday night. She only informed the Catalina Channel Swimming Federation after she confirmed the tooth came from a 5-6 foot shark.

While there are several shark sightings in recent memory from channel swimmers around the world, from the Cook Strait and the Tsugaru Channel to the Molokai Channel and Strait of Florida, only one other confirmed shark encounter had been recorded among channel swimmers: Mike Spalding in the Alenuihaha Channel between the island of Hawaii and Maui when a chunk of flesh was taken out of his calf by a cookie cutter shark.