Shark Encounters In Channels Around The World 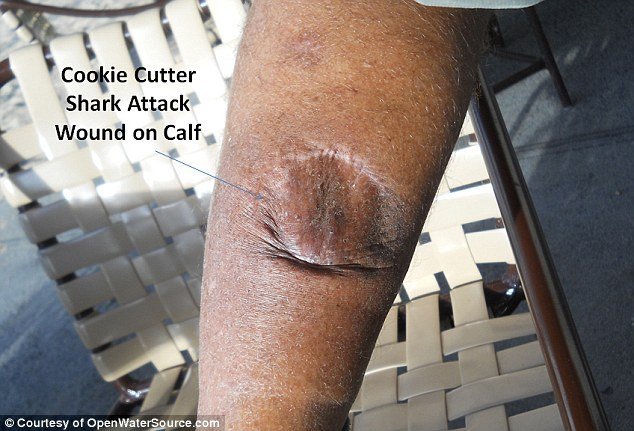 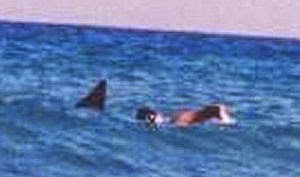 Last week in the Catalina Channel, Sabrina Peron of Italy was visited by a hammerhead shark and a blue shark during her crossing.

Guided with the cool heads and collective experience of Neil van der Byl and Anthea Beletsis, nothing happened and Peron continued on to the California mainland in a successful 12 hours 10 minutes crossing.

We wondered what are the shark encounter protocols in other channels around the world. This was the feedback that we received from veterans in those channels:

Nuala Moore about the North Channel between Scotland and Northern Ireland: The North Channel does not, like the English Channel, have shark concerns at this moment anyway. Our jellyfish offer a lot more danger and medical challenges than the potential of sharks and any threatening behaviour.

We do not have any procedures included in the rules that would allow under any circumstances for any swimmer to leave the water and re-enter. There are no specifications on the discussion/rules which allow any shark procedures
.

The pilots in the Tsugaru Channel are very well-versed in the behaviors of the sharks because they fish tuna and other fish in the waters year-round in the channel and often encounter sharks in their line of work. When a shark is spotted, the two escort boats move very close around the swimmer on their left and right sides as a protective maneuver, but this is also why the Shark Shields and swim streamers are used. The Shark Shields are new technology and the swim streamers have been used in Japan for many generations.

Now, if it did happen…’getting out for a bit’ is a NO NO in our books, and you’d be disqualified from an official Channel Swim. In practice, I would guess the pilots would pluck them out, chuck them back in later, and everyone would understand that carrying on would not earn an official swim status, but the Channel Swimming & Piloting Federation wouldn’t recognise the swim.

Next part of the debate, which hasn’t come our way, is what happens if we have an overly cautious English Channel aspirant who wants to strap a Shark Shield or equivalent somewhere. We would decide on this as a committee. I would predict it’d fall on unsympathetic ears, and not be approved

Jeff Kozlovich about the Molokai (Kaiwi) Channel between Oahu and Molokai in Hawaii: First of all, we discuss this topic with the swimmer at the pre-swim meeting. The swimmer feedback is important and and covers the whole range of topics, ranging from ‘Get me out fast’ to ‘Don’t touch me, I’ll make the call’.

This is the open ocean. There are sharks here. So far, the few sharks that we do see just swim by. Kaiwi is long enough to make at least part of the swim in the dark. Because some swimmers prefer to swim at night, we’d never see a shark. Even during the day with the rough water and glare, it is not easy to spot a shark.

While I’m not a shark expert, it seems to me that with most shark bites, the swimmer or surfer never sees it coming. Maybe those on the kayak and boat would could spot a dangerous or aggressive shark. If we do, we will pull the swimmer and then we all have 10 minutes to make a very important decision.

We really want this swim to be safe and the swimmer to get to the other side healthy. We cannot guarantee it

Vito Bialla of the Farallon Islands Swimming Association about the renowned area of great white sharks [who had to pull Simon Dominguez because of a great white shark last month]: The sharks primarily hunt from below 100 feet usually and attack seals swimming straight up at a very fast speed. When they come to the surface, it is because there is something to see. Sharks only attack swimmers by mistaken identity. If you are a shark and look up and he thinks he sees a seal, then he will charge it, bite it and then spit you out. If you are on the surface, they will cruise around in circles check you out and usually leave. Humans aren’t part of the food chain.

The captain is always in charge. I make the call if you are on my boat. I honk the horn three times. Swimmer comes over, gets out as I stop the boat. I will encourage the swimmer to take up golf at that point. There is no real need to push the envelope.

If a person is attacked by a shark, it will be all hands on deck, and we jump in as fast as we can. Myself and couple others always dress that way – goggles within reach, swimsuit usually on. The platform lowered life ring in tow as we jump overboard. Every second counts mind you. Also, the boat can be faster than a swimmer trying to get to an injured person. I can turn [my boat] SEQUEL on a dime and be literally a couple feet away from a swimmer in seconds. We don’t let them swim far from the boat

Andy Olday, leader of Grant Wentworth‘s shark team in his swim from Cape Cod to Nantucket in Massachusetts explains about their use non-lethal and harmless shark deterrence methods: He was protected by an experienced shark team who are willing to serve as bodyguards in any shark encounter. He was also surrounded by an array of Shark Shields and shark repellent.

There was a time-release Semio-Chemical shark repellent submersed 3-4 feet below the surface of the water and deployed from the lead vessel. Flanking kayaks are provided throughout the duration of the swim. Multiple Electro-Magnetic Freedom 7 Shark Shields are submerged and strategically placed throughout to deter curious sharks.

In the event a shark is sighted, a minimum of two safety divers will be deployed into the water from the lead vessel to shield the swimmer until any threat passes. Safety divers are equipment with 3-5 feet non-lethal PVC prodding poles and defensively armed with magnetically charged SharkBanz. In addition, non-harmful pressurized canisters of repellent can be deployed in the general location to the swimmer if necessary as Grant will be alerted to all shark encounters.

If a shark or any other marine creature displays aggressive or overly curious behavior that threatens injury, Grant will be advised to exit the water immediately by the safety team

Ned Denison about False Bay in South Africa [jokingly explained about the picturesque bay with one of the highest populations of great white sharks in the world]: “The plan in False Bay was to get me closer to the boat and wait and wait [as the shark approached]…and only if it got near me were they to start filming…”

On a more serious note as Denison counts on is the helpful protection of dolphins. Since Adam Walker created a worldwide sensation with dolphins protecting him in the Cook Strait against sharks, this assumption of cetacean protection has been ingrained among the open water swimming community and general public.

Philip Rush, the renowned English Channel swimmer, was on the escort boat with Walker at the time. “There were lots of dolphins that day. I was right beside Adam that day and I am still looking for this great shark that was about to get him.”

Moore has worked with Professor Vic Peddemors SA with Durbin University and Natal Sharks Board to study shark behavior in the presence of open water swimmers in 2003 for several weeks. “We were the case study,” explains Moore. “The scientists monitored the sharks behavior to our presence daily in the water over a period of weeks.

Sharks monitor their environment based on the activity in the water so it would be good practice to halt all swimming and stand tall in the water, spreading your legs and arms still [giving the appearance of greater size] as opposed to lying flat in the water. The leg kick and the arm stroke will attract attention. Sharks have woeful eye sight so their attraction is movement and energy. Breathing should be managed and calm, kayaks stop paddling for a brief moment. Still will also assist in the possible passing of the shark. Their curiosity is peaked by the movement and the breathing.

Sharks aggressive behavior dictates that they tend to arch their backs, drop their pecs, and move erratically in an urgent manner underneath the surface before their approach. Other than that, they could just be passing

Lower photo above by Jean Guy Lacoursiere shows George Park competing in a 14.1-mile professional marathon swim from Narragansett, Rhode Island to Block Island in 1968 as a Great White Shark passes by.

Upper photo shows wound from a cookiecutter shark on the calf of Mike Spalding (his story about his 30-mile Alenuihaha Channel crossing from the Big Island of Hawaii to the island of Maui where he was bitten 11 miles into his swim is here).