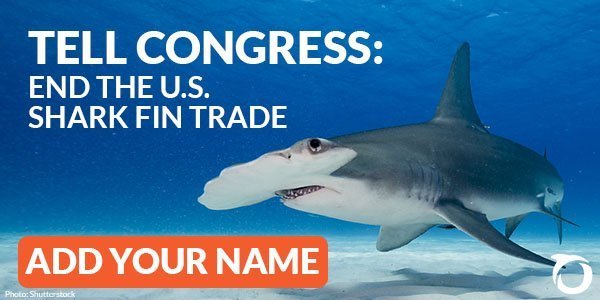 Turns out sharks aren’t just important to maintaining healthy ocean ecosystems – they impact our wallets, too.

Shark-related dives in Florida alone generated more than US$221 million in revenue in 2016, according to a new report commissioned by Oceana released today. Compared to the stark US$1 million generated by the entire United States shark fin export market in 2015, it’s clear that in Florida sharks contribute more to the economy swimming with their fins attached.

Tell your Representative in Congress: Ban the sale of all shark fin products in the U.S. to protect sharks and our oceans here at home and around the world here.

Lora Snyder, Campaign Director, Responsible Fishing for Oceana explains, “Congressmen Ed Royce of California and Gregorio Kilili Camacho Sablan introduced the Shark Fin Sales Elimination Act today. The Act would ban the buying and selling of shark fins in the United States. “We have NO time to waste: Every year, as many as 73 million sharks end up in the fin trade. Many are plucked from the ocean, maimed for their fins, and tossed back to sea to die – leaving some targeted species at high risk of extinction.

Losing these important predators could have massive negative impacts on the very health of our oceans. Tell your Representative in Congress to ban the sale of all shark fin products in the U.S. to protect sharks and stabilize ocean ecosystems here at home and around the world here.

8 in 10 Americans support a national shark fin ban. Eleven states, including Texas and Massachusetts, have passed their own fin bans. Major companies like American Airlines and GrubHub stopped shipping and selling fins