Most recently, Ranie Pearce had an encounter with a large shark while attempting a crossing of the Molokai (Kaiwi) Channel.

Harry Huffaker, one of the most prolific Hawaiian Isles channel swimmers in history, was talking with Mike Holmes who was his lead paddler on his first Hawaiian channel 49 years ago. Holmes now lives on Molokai Island and operates a charter boat for sightseeing, fishing, and canoe racing.

Holmes reported that there are recently a lot of shark around the Hawaiian Islands. Below are photos of an ono caught last week.

“It went unnoticed until we were putting the fish in the fish bag was that the tail was taken off in one bite by a shark on the ono’s original hookup. You can see that the bite occurred behind the dorsal finlet [near women’s left shoulder]. The shark spawning season is September. They come into shallow waters, but they don’t eat while pregnant. After popping out their pups, they are very hungry. I have been seeing them on my depth recorder screen almost daily, and they are not so small.” 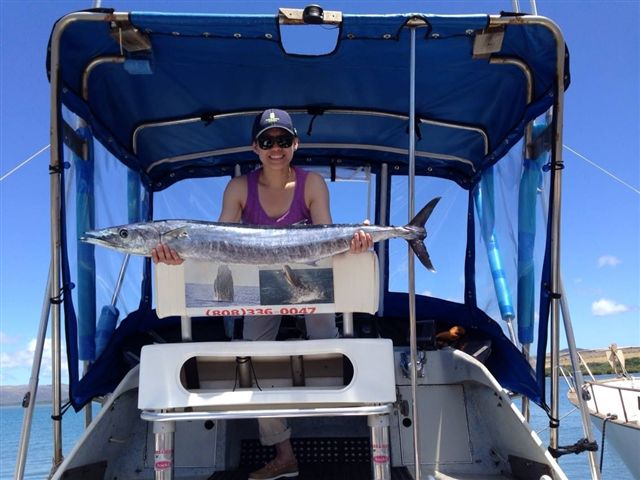 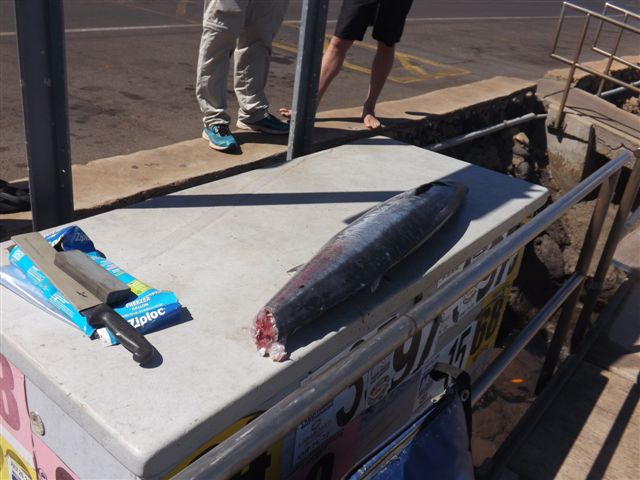