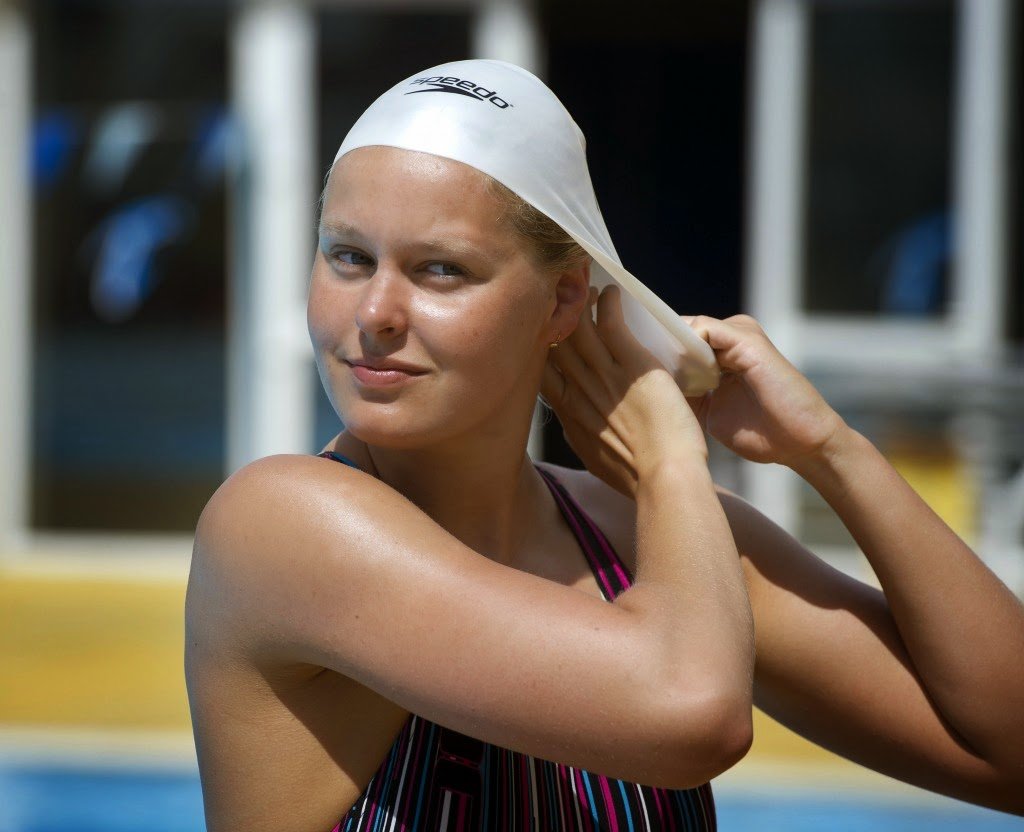 Sharon Van Rouwendaal earned her way onto the podium 3 times at the 2014 European Championships this past summer for her open water swimming exploits. With 2 gold medals in the 10 km and 5 km team pursuit, she also earned a silver in the 5 km race to emerge as one of the leading and promising open water swimmers of 2014.

The versatile Dutch swimmer, who was named as this year’s Swimming World Magazine’s Open Water Swimmer of the Year and is nominated for the 2014 World Open Water Swimming Woman of the Year, has already stood on the podium twice in the first two days at the 2014 FINA World Short Course Swimming Championships in Doha, Qatar.

She started Day One by anchoring the world record setting 800m freestyle relay in a fast 1:52.73 final leg. She and her Dutch teammates finished in 7:32.85 to shatter the existing world record by over 3 seconds and out-swam relays from China, Australia, Hungary, USA, Japan, Sweden and Russia in the finals. On Day Two, she continued swimming fast while finishing third in the 800m freestyle in another very fast 8:08.17.

The speed and stamina that Van Rouwendaal is showing will undoubtedly help her at the 2015 FINA World Championships in both the pool and open water in Kazan, Russia next summer. If she continues her progression and improvement, she will possess the unique ability to final in the 2016 Rio Olympic Games in two events as did Cassandra Patten of Great Britain did in both the 800m freestyle and the 10 km marathon swim at the 2008 Beijing Olympics.

But Van Rouwendaal, together with her Dutch teammates, has a distinct chance to climb on the podium more than twice if the Netherlands quartet can replicate their fast swimming in the 800m freestyle relay.