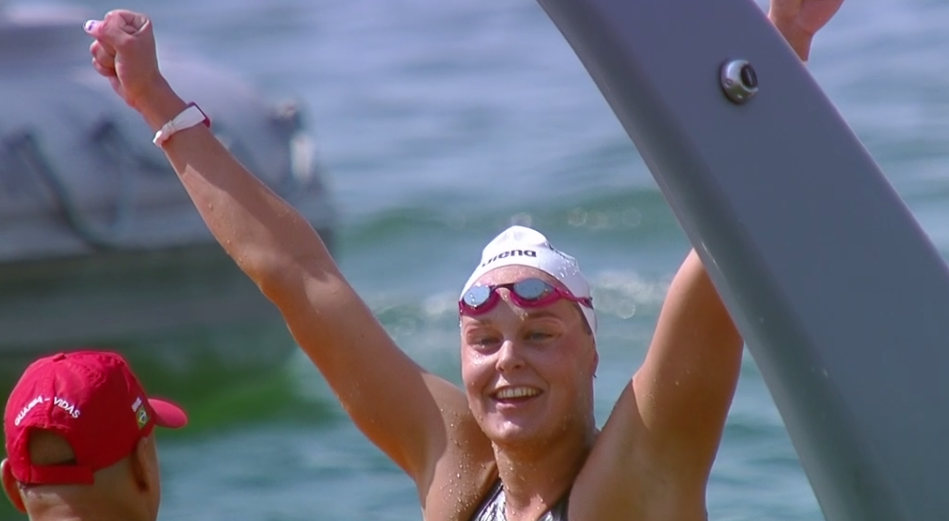 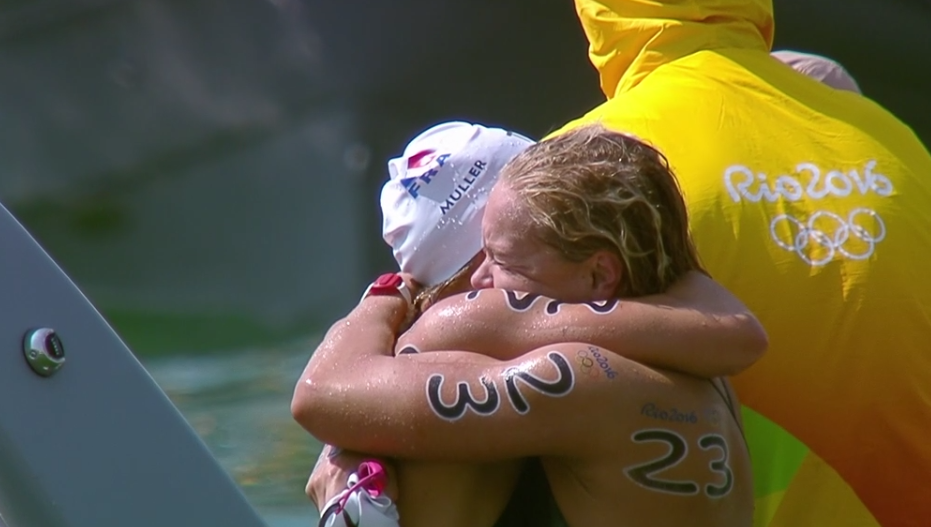 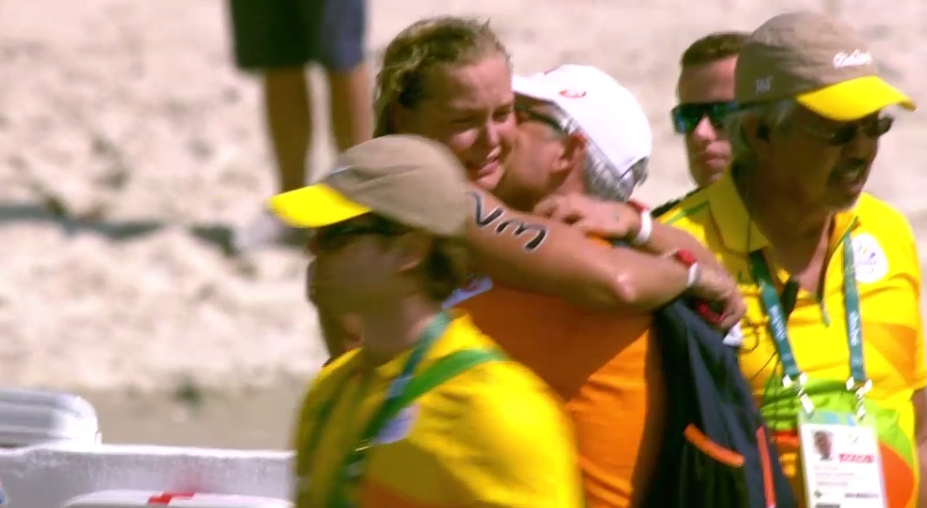 The Dutch woman made one major surge with more than 2.5 km to go and she simply kept on going. The rest of the pack fell far behind and never had a chance at the gold.

Meantime, Poliana Okimoto of Brazil, Xin Xin of China, Aurélie Muller of France, and Rachele Bruni of Italy gave chase and were the only ones who had a realistic chance of medaling on the last lap.

Towards the end, the silver and bronze was a sprint between Muller and Bruni, but both women swam a bit wide of the finish pontoon. When Muller tried to veer inside, she swam over Bruni and was ultimately disqualified. Her disqualification lead to the bronze medal being awarded to Okimoto.