She Is An Inventive Angel 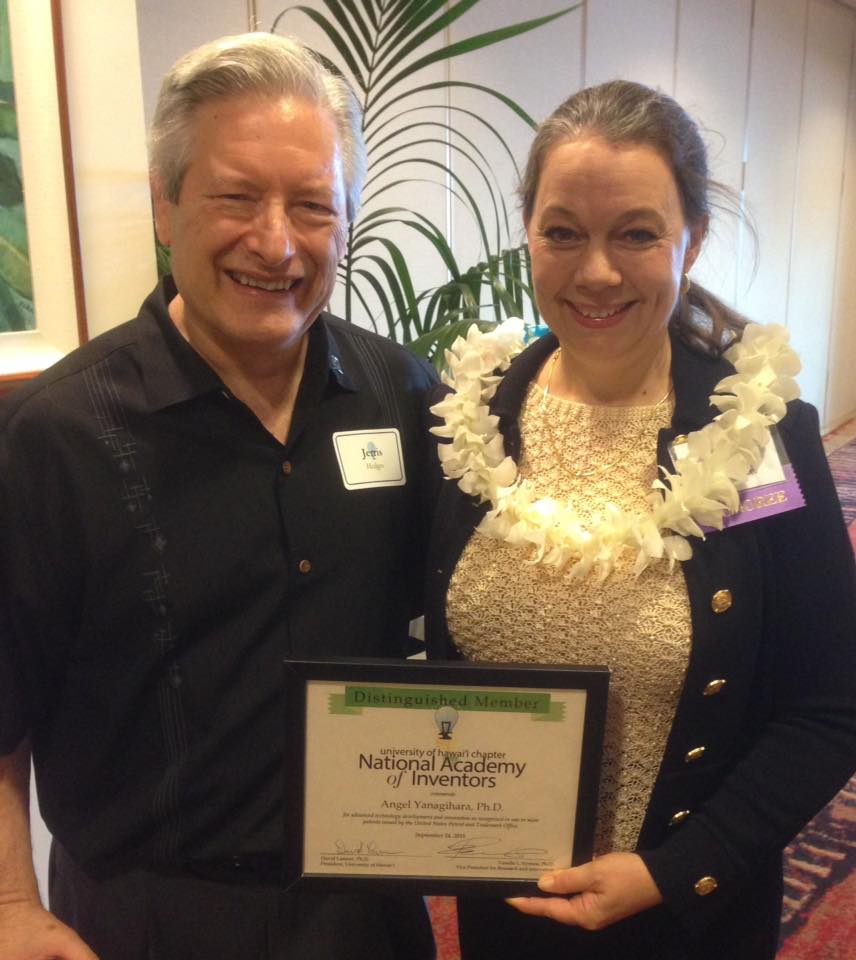 Angel Yanagihara, the inventor of the world’s most effective jellyfish protection, was honored last year at the kickoff ceremonies at the University of Hawaii chapter of the National Academy of Inventors (NAI).

NAI, open only to United States patent holders, is an organization to honor and promote inventors and their innovations. Dr. Yanagihara’s Sting No More is one of the open water swimming world’s most innovative products to come around in decades. Used by special military forces, the Sting Stopper has yet to be marketed to open water swimmers. But those who have tried it all tremendously moved by its effectiveness.

“Sting Stopper is nothing short of brilliant,” said Steven Munatones. “Her invention took a special individual and a special set of circumstances to create. Once Dr. Yanagihara personally experienced the intense pain of the box jellyfish sting, the ground was set and her intellect was engaged. The biochemist in her enable her to understand the chemical makeup of jellyfish venom and then research the stinging actions of jellyfish in her laboratory at the University of Hawaii.

She did this research and testing at a level unprecedented in the marine biology community. Then she painstakingly created a sting treatment spray and cream that she first tested on herself. With that knowledge and further research, she created a substance that is not only highly effective and stays on the water, but it is also easy to apply and is now being prepared for commercialization for individual use
.”

For more information, visit StingNoMore. Dr. Yanagihara explains, “There is the preventative formulation in lanolin that lasts for between 30 and 60 minutes in sea waters. The sting treatments are rapid and highly effective. The cream can be applied under water.: