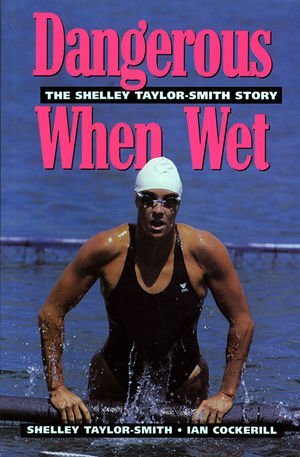 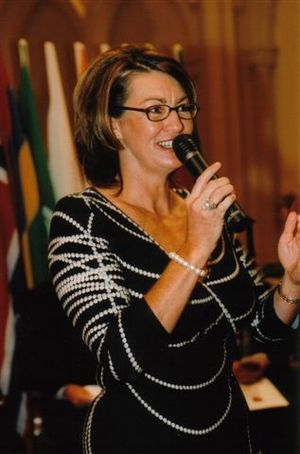 When Thomas Lurz just barely touched out Brian Ryckeman, and Martina Grimaldi did the same to Angela Maurer in the FINA World Championships in Barcelona, the fantastic 25 km world championship race spelled the end of an era.

For nearly 20 years in the water and another 24 years on land, Australian Shelley Taylor-Smith has blazed a trail in open water swimming that has been unprecedented as an athlete and administrator. Not only was she a 7-time World Professional Marathon Swimming Federation champion, but she was also a 5-time winner of the Manhattan Island Marathon Swim and the only woman to outpoint men in face-to-face competitions (in 1991).

The author of Dangerous When Wet and race commentator applied that same tenacity and passion for the sport when she was appointed to numerous positions within FINA. Unexpectedly, Taylor-Smith handed in her letter of resignation prior to the 2013 FINA World Championship and quietly and humbly stepped aside for others to replace her on the FINA Technical Open Water Swimming Committee (TOWSC).

Her wake created a stir as FINA Bureau members, the FINA president, and the FINA Past President asked her to reconsider her retirement. “We need you, Shelley. You know us Shells,” pleaded several leading athletes in Barcelona. “You represent us and our needs,” mentioned coaches and FINA Athletes commission members on the docks and hotels of Barcelona. “Taylor-Smith always promoted, defended, and served well to protect the needs of the athletes in a sport where risks are as ubiquitous as choppy water.”

At her final FINA meeting, she said. “The past 24 years has been both a humbling experience and amazing opportunity to serve FINA starting in 1991 as Athletes representative with Diego Degano to 1998 being appointed FINA Athletes Commission Chairperson in 2000 and being appointed to TOWSC as Honorary Secretary with 13 years serving on the FINA Technical Open Water Swimming Committee.

I trust that you all respect the athletes and coaches in open water swimming that we serve
.”

Her resignation leaves a huge void in the sport, but she is simply redirecting her focus from the relatively few number of elite professionals athletes to the legends of growing masters swimmers and triathletes who are taking to the open water. “I feel…sad because I love being involved with the sport, the athletes, the coaches….the buzz of being around the best in the sport…is what I will miss.”

And FINA will miss her.

But with her smooth delivery on camera and her comprehensive grasp on the sport – from solo swimming and channel swimming to professional racing and administration – we have a strong sense that Taylor-Smith will emerge again in the sport. Perhaps as a Sports Colour Commentator at upcoming world championships and the Olympic Games in 2016 and beyond.

Shelley Taylor-Smith, 7-time Womens World Marathon Swimming Champion, 2-time West Australian-Australian of Year Finalist, Author of Dangerous When Wet, Champion Mindset, Motivation & Mental Toughness Performance Coach, and one mighty legend in the water and out. For her efforts to always put the athletes at the forefront of the sport, she was nominated for the 2013 World Open Water Swimming Woman of the Year.

Her fellow nominees include:

Taylor-Smith‘s nomination reads, “The longest serving FINA committee member served unselfishly since 1994: first as an athlete representative and then as a Technical Open Water Swimming Committee member. She was instrumental in the incorporation of the 5 km event, Olympic 10K Marathon Swim, and 5 km Team Pursuit event in the FINA program until she retired this year. She was the first female referee to serve at the Olympics. After a trail-blazing career as an athlete, she maintains the same intensity as an author, speaker, and inspirational coach. For leading Open Water Swimming Mastery, for instilling confidence in others with fears and worries, for continuing to pass on her knowledge to the next generation of swimmers, Shelley Taylor-Smith is a worthy nominee for the 2013 World Open Water Swimming Woman of the Year.