Shhhhh…Don’t Tell Anyone About The Prison Break 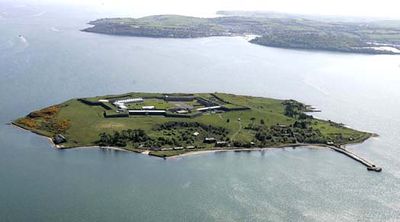 On the morning before the Global Open Water Swimming Conference in Cork, Ireland starts on October 11th-13th, Ned Denison will hold an invitational swim. As sure as the sun rises, we are sure they will come.

Escape from Spike Island is part of the Triple Crown of Prison Island Swims, otherwise known as Triple Break. The Triple Break is a trio of ocean swims where swimmers challenge themselves to escape by swimming from some of the world’s most well-known island prisons: Alcatraz Island in San Francisco, California, Robben Island near Cape Town, South Africa, and Spike Island in Cobh, Ireland.

Although unofficial, we heard underground rumors that a successful swim on October 11th will still count as one of the legs of the Triple Break.