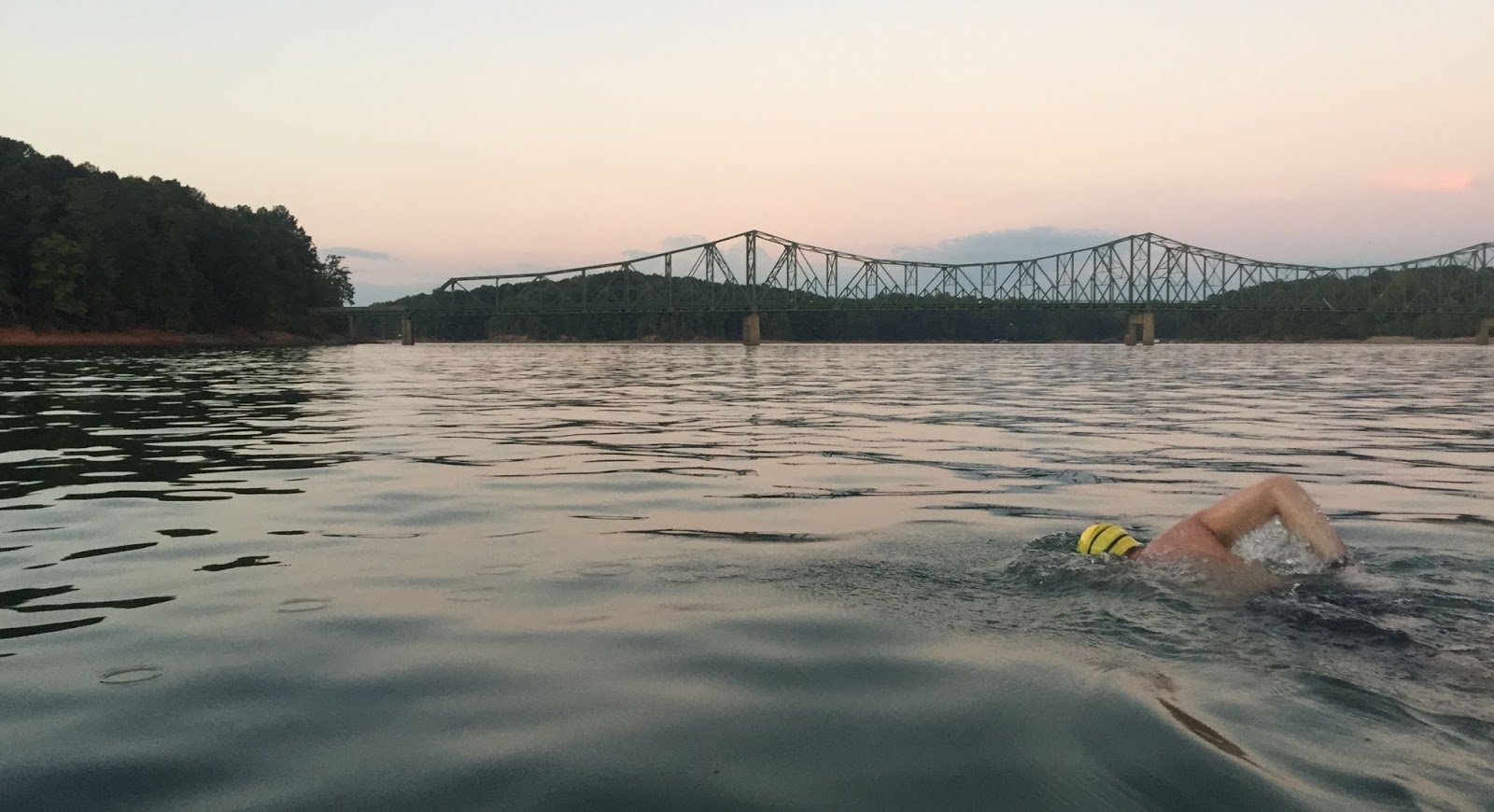 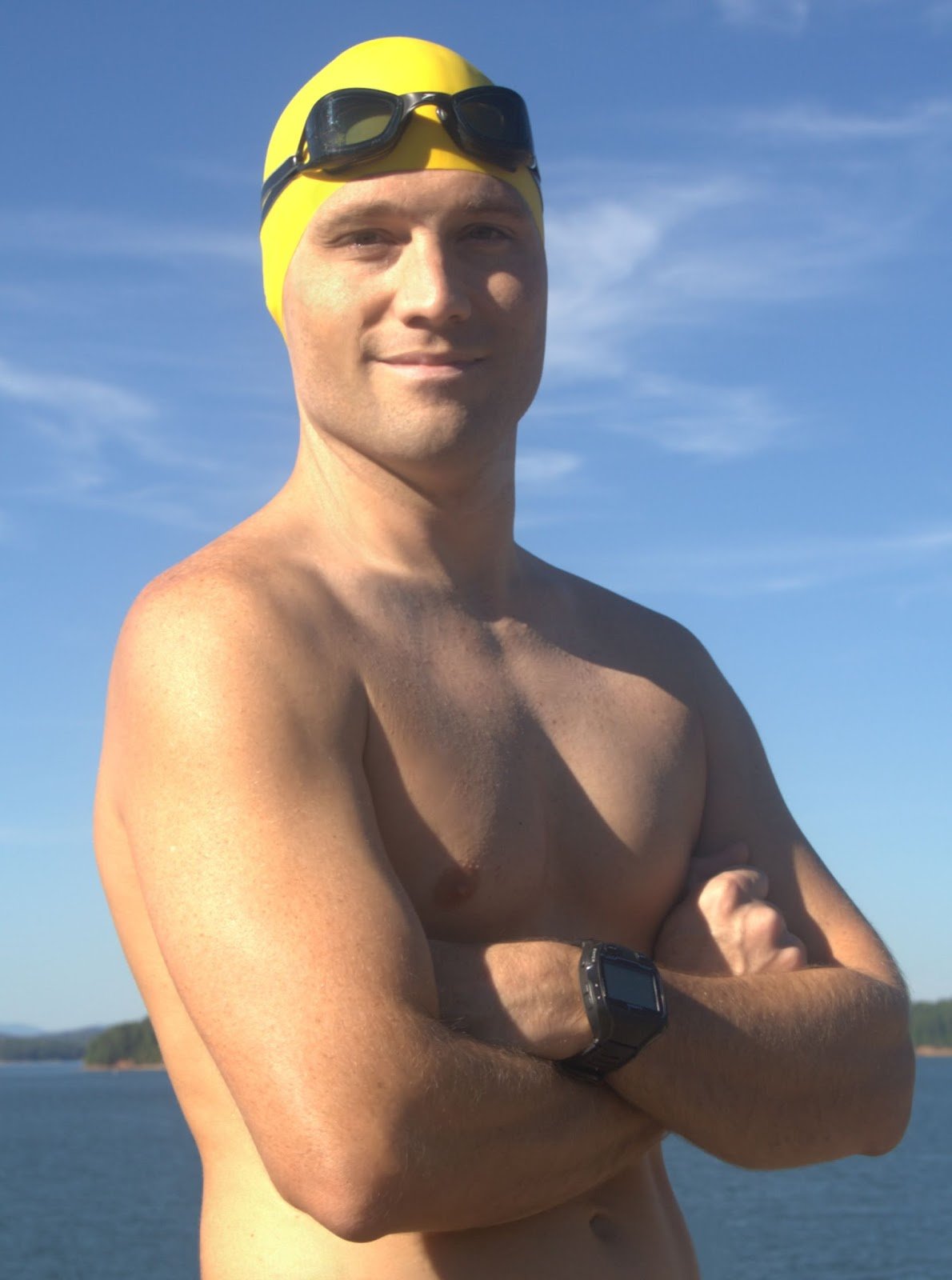 The sun was setting below the horizon and the waters were beginning to calm from the weekend vessel traffic.

Having just crossed under Brown’s Bridge on Lake Sidney Lanier, I pulled myself up onto the shore on September 25th after swimming from southwest to northeast. I just finished an 11-mile swim from the Buford Dam in 9 hours 0 minutes completing the second known crossing of the lake after Chris Shoup‘s pioneering crossing in 2012.

It took four months of training before I finally achieved my objective. Although I was excited about the swim’s completion, I couldn’t forget the main reason behind it: the preservation and protection of this great resource.

Growing up on this lake just north of Atlanta, I spent my childhood sailing its waters. I left the area to attend college in the northeast where I spent summers sailing throughout New England and saw firsthand the positive effects water conservation had in coastal areas. So when I returned back to Atlanta, I wanted to do something to raise awareness for the conservation of the waters I grew up on.

Towards the beginning of summer I started training for the swim, although without much of a base the sudden increase in miles caught up with me and showed itself in the loss of form. Five weeks in, I bruised a rib which hindered my mileage. Another setback took place during week 12 when I stressed my rotator cuff. The quality of the miles suffered.

For this particular swim, my goal was to do over 12 miles a week with long swims at about 6 miles. Although I ended up peaking at 15 miles a week, my long swims were a little shy at 4 miles. But I was out of time and it would have to do.

On a clear morning in September, I departed from the Buford Dam with a single support crew following along in a kayak to screen for boats and provide fueling supplementation. The swim was divided up into seven legs of varying distances based on certain geographic features. Every hour I was provided with 1.2 ounces of Hammer Perpetuem and 21 ounces of water.

Due to a late start, I was concerned that I wouldn’t make the finishing mark before nightfall. I had to increase my pace throughout the remainder of the swim. Normally my stroke rate in open water is just low enough to battle the waves without inviting any pauses, but to keep it that way I had to increase my stroke length which was more of a challenge due to the wave action produced by the weekend vessel traffic on the lake.

By the halfway point I was certain my pace would be sufficient to see me through the finish in time. As I continued to make headway with the sun beginning to hang low on the horizon, I still had two legs to complete. So with the remaining energy I had left thanks to a conservative pace in the beginning, I poured it on for a strong finish.

After just about 9 hours in the water, I finally reached the finish at Brown’s Bridge. As I stood on the shore, I reflected on the swim and its objective. I reflected on Chattahoochee Riverkeeper and organizations like them who aim to preserve the waters.

I can only hope that this swim across Lake Lanier* will not only raise awareness for the importance of the waters in the Atlanta area, but for the limited water resources everywhere. I hope that people will conserve, preserve and protect them. 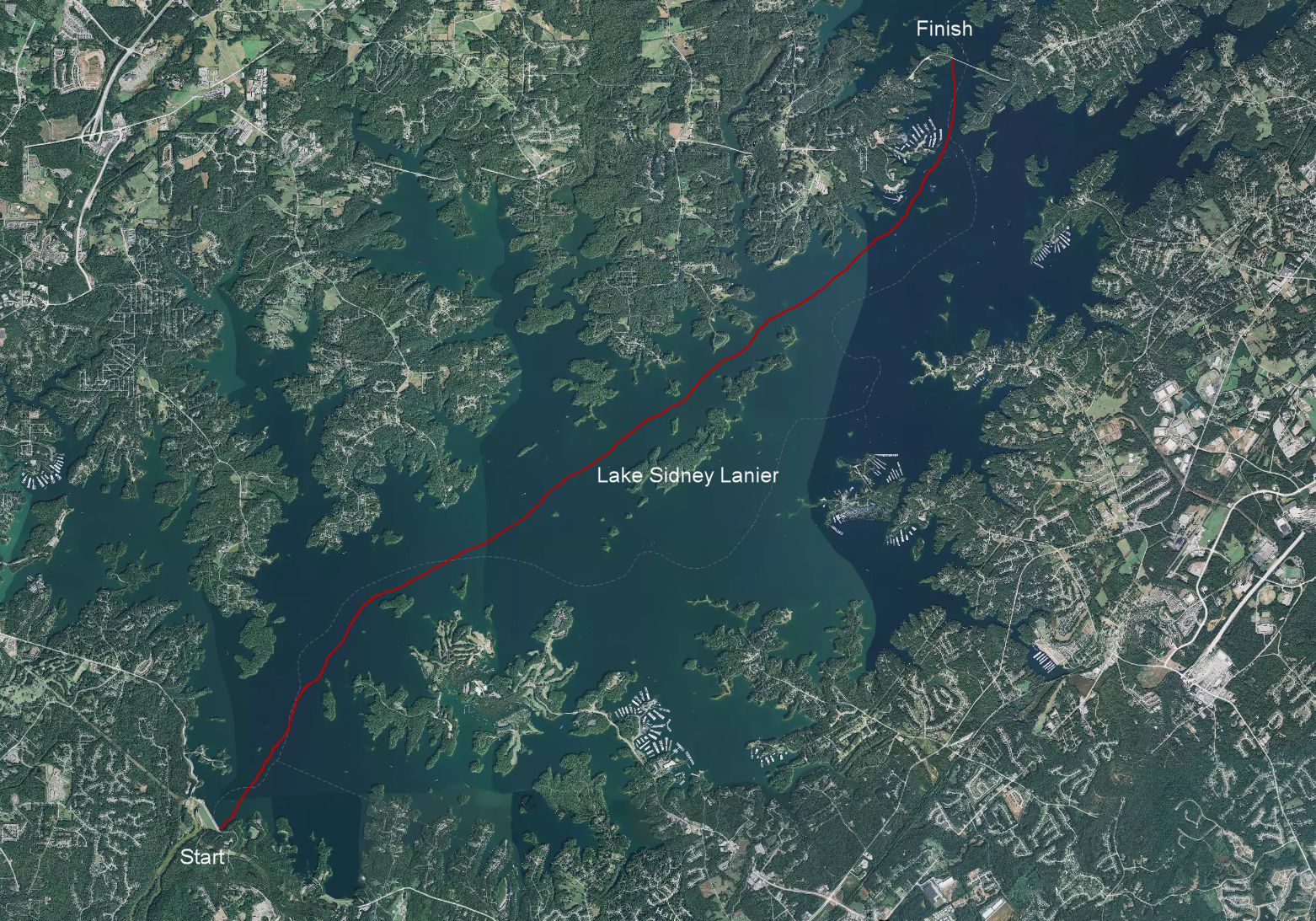