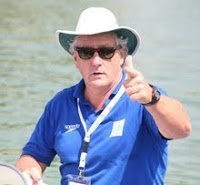 USA Swimming announced a five-person Open Water Review Commission to review the findings of the independent investigation into the tragic death of Fran Crippen on October 23 at a FINA 10KM Marathon Swim in the United Arab Emirates and to submit safety protocol recommendations.

According to USA Swimming, the Commission will have three primary functions: (1) to review the findings of the independent USA Swimming investigation, (2) to solicit and consider other pertinent information from appropriate individuals and organizations, and (3) develop recommendations for the improvement of safety protocols, procedures and precautions arising from the death of Crippen. These recommendations will be presented to USA Swimming and FINA by the end of March 2011.

“An athlete should never lose his or her life in a sport competition, but when such an incident occurs, it is the duty of the sport community to conduct a thorough and complete review of the situation and factors that may have caused or failed to prevent such a tragedy,” said Chairman Pound. “This Commission is committed to its charge, which is to provide complete and independent review of all the facts surrounding this tragedy, produce a transparent report and put forth recommendations on safety protocols and procedures so that this sort of incident does not happen again.”

“We have assembled an outstanding group of qualified individuals who are all deeply committed to fulfilling the charge of the Commission,” said Bruce. “Their work will be thorough and, as such, will require time and patience. Our end goal is not speed, but to provide the most complete and accurate information possible and to drive strong and effective recommendations on Open Water safety going forward to prevent such a tragedy from ever happening again.”

Richard Pound is the Chairman, and as an influential member of the International Olympic Committee for more than 30 years, he is familiar with difficult situations.

Sid Cassidy (shown above) is serving as a Coach and Technical Expert – and he needs no introduction to the open water swimming community. Sid served as a member of the FINA Technical Open Water Swimming Committee from 1996-2012 and was its chairman from 2006-2009 which included the introduction of marathon swimming into the Olympics.

Harold Cliff is serving as an Events Expert. Cliff has overseen world class sports events with television audiences in the billions and was a four-year member of the FINA Technical Swimming Committee. Dr. Scott Rodeo, an orthapedic surgeon, is serving as a Medical Consultant. Dr. Rodeo served as a Team Physician for the United States Olympic Team in 2004 and 2008 and has worked as the Team Physician for the U.S. National Swim Team at four additional international competitions.

Erica Rose is serving as an Ahlete (shown above). Appropriately so since she represented the USA on seven different World Championship teams as a 11-year veteran of the USA National Team for 11 years. She not only has 10 national titles to her credit and has been voted USA Swimming’s Open Water Swimmer of the Year four times, but she also competed in 16 international FINA races over three years of the FINA World Cup and Grand Prix Series.