Sid Cassidy To Serve As Head Referee In Rio 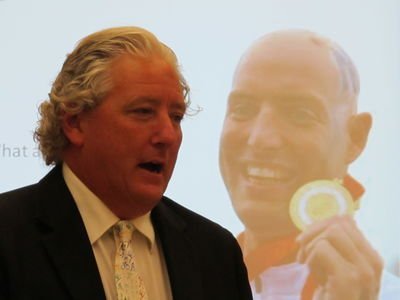 While New Zealand Swimming’s John West will have his hands full serving as the head referee during the women’s Olympic 10K Marathon Swim at the 2016 Rio Olympic Games, his counterpart in the men’s race will have no easier task.

Cassidy served as the chairman of FINA’s organization at the first Olympic 10K Marathon Swim at the 2008 Beijing Olympics and later served as an assistan referee at the 2012 London Olympics. With decades of experience as a referee, including at several FINA World Championships, Cassidy has been fair and objective throughout the years and the 25 men in the 10 km finals will be in good hands.

The 25 men will, however, flinch and move based on every warning whistle, yellow card and red card that Cassidy gives in aquatic scrum during the 10K race in Copacabana Beach.