Sights From The King & Queen Of The Sea – Part 3 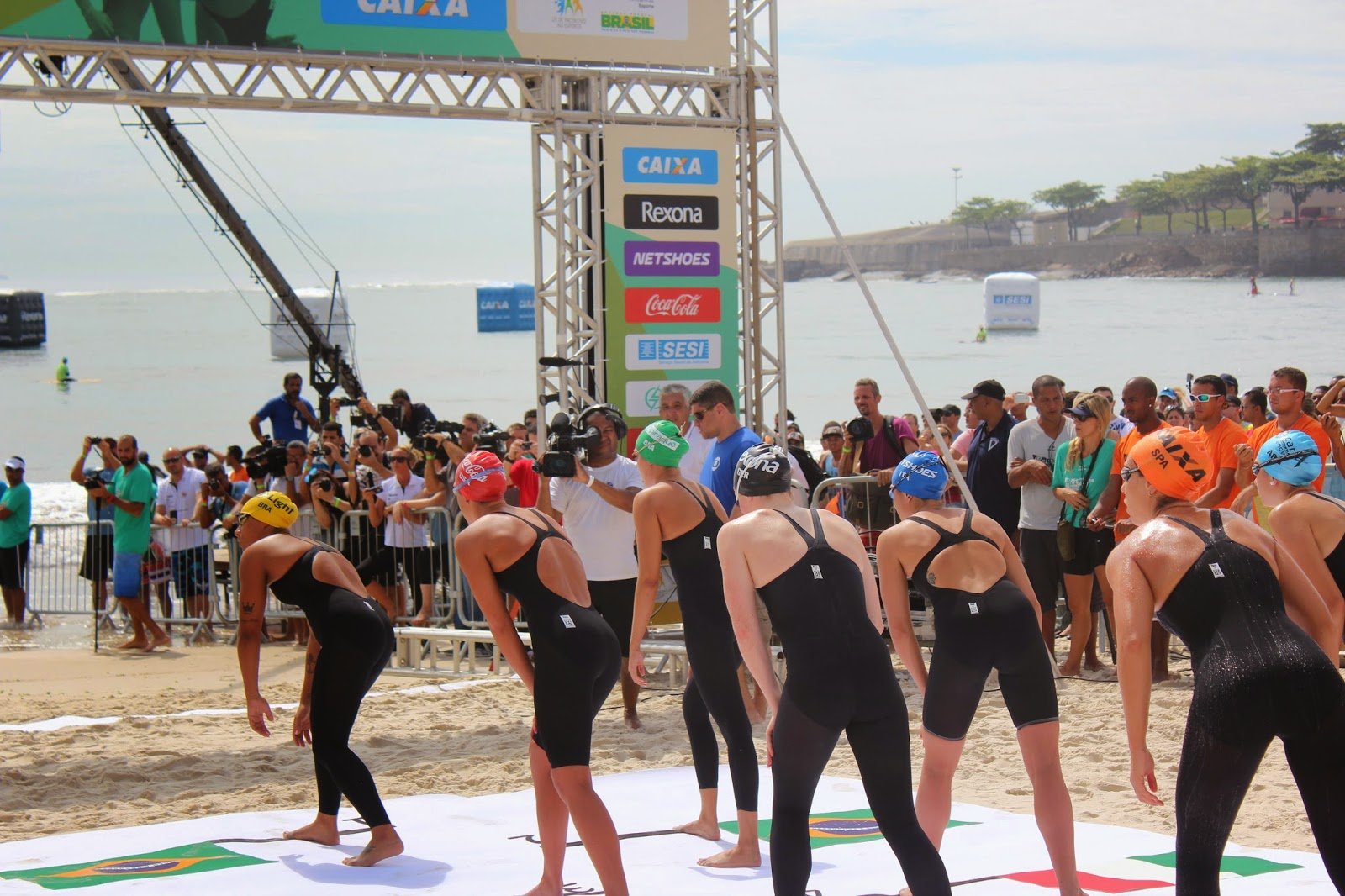 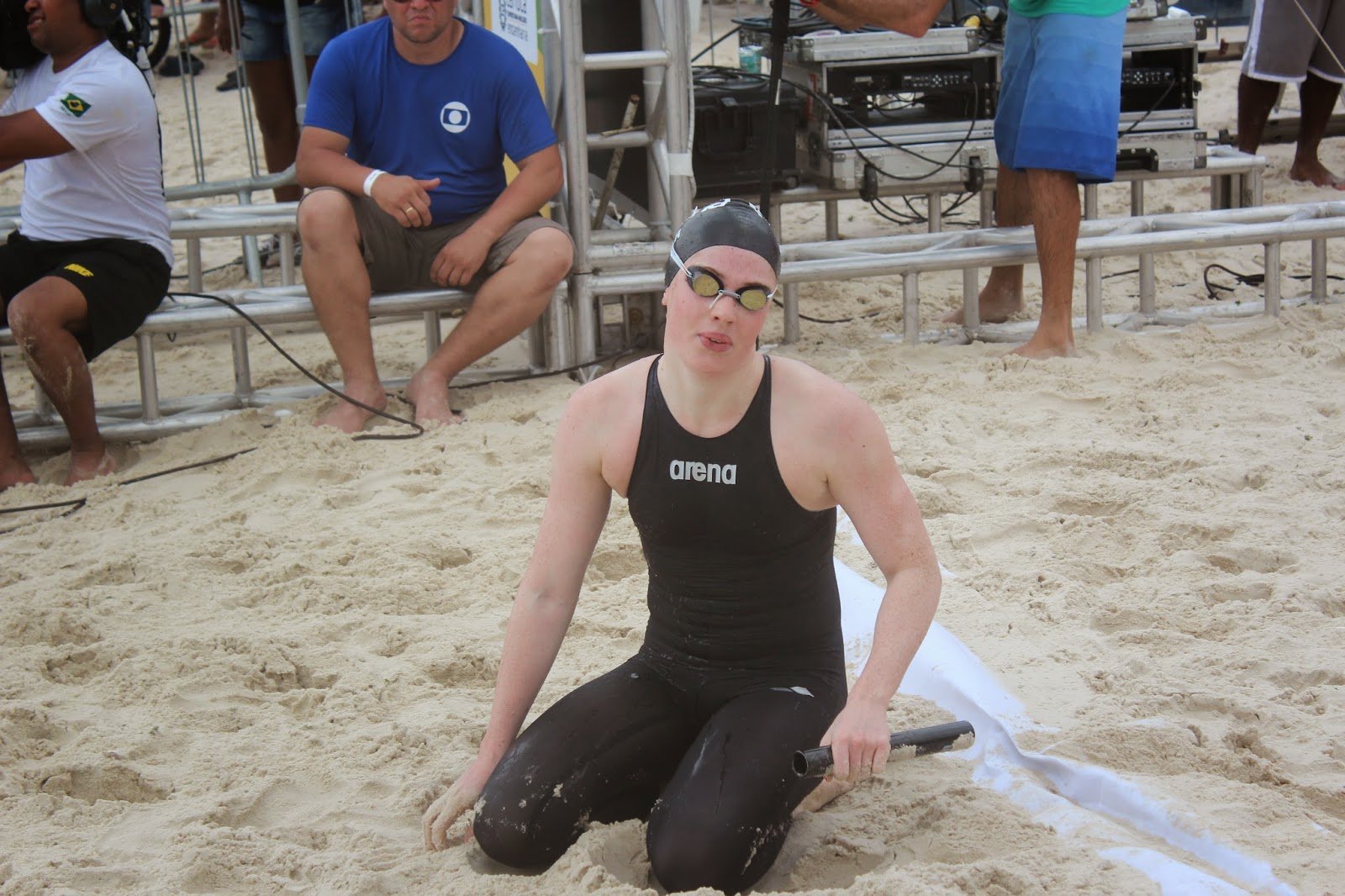 Nearly 4,000 participants took part in the King and Queen of the Sea (Rei e Rainha do Mar) on Copacabana Beach in Rio de Janeiro and 14 elite swimmers took part in the 3 km elite sprint relay that came down to the very end [the grid start is shown above].

Germany’s Sarah Bosslet is shown at the finish after handing off to teammate Thomas Lurz, utterly spent and exhausted. 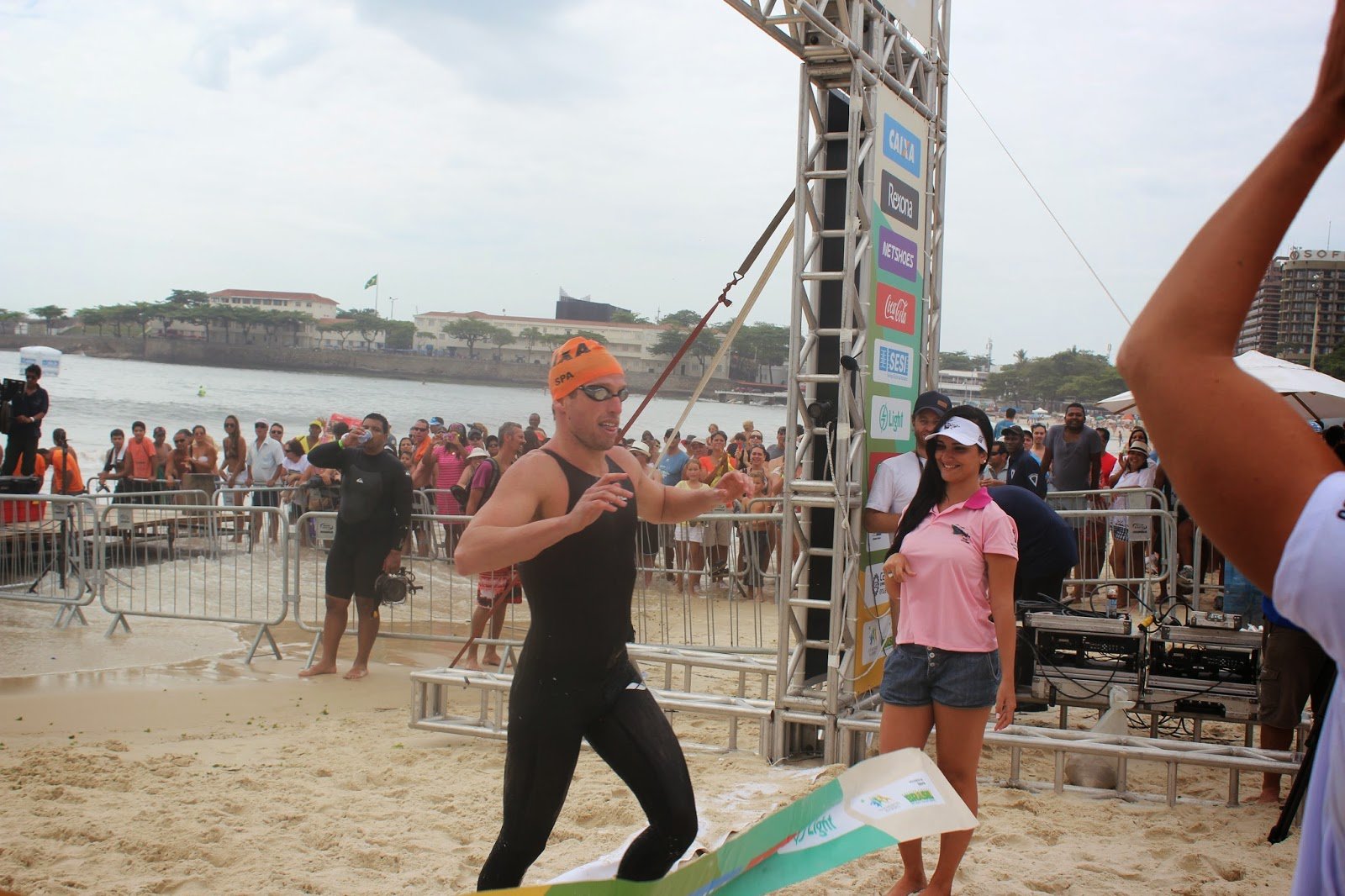 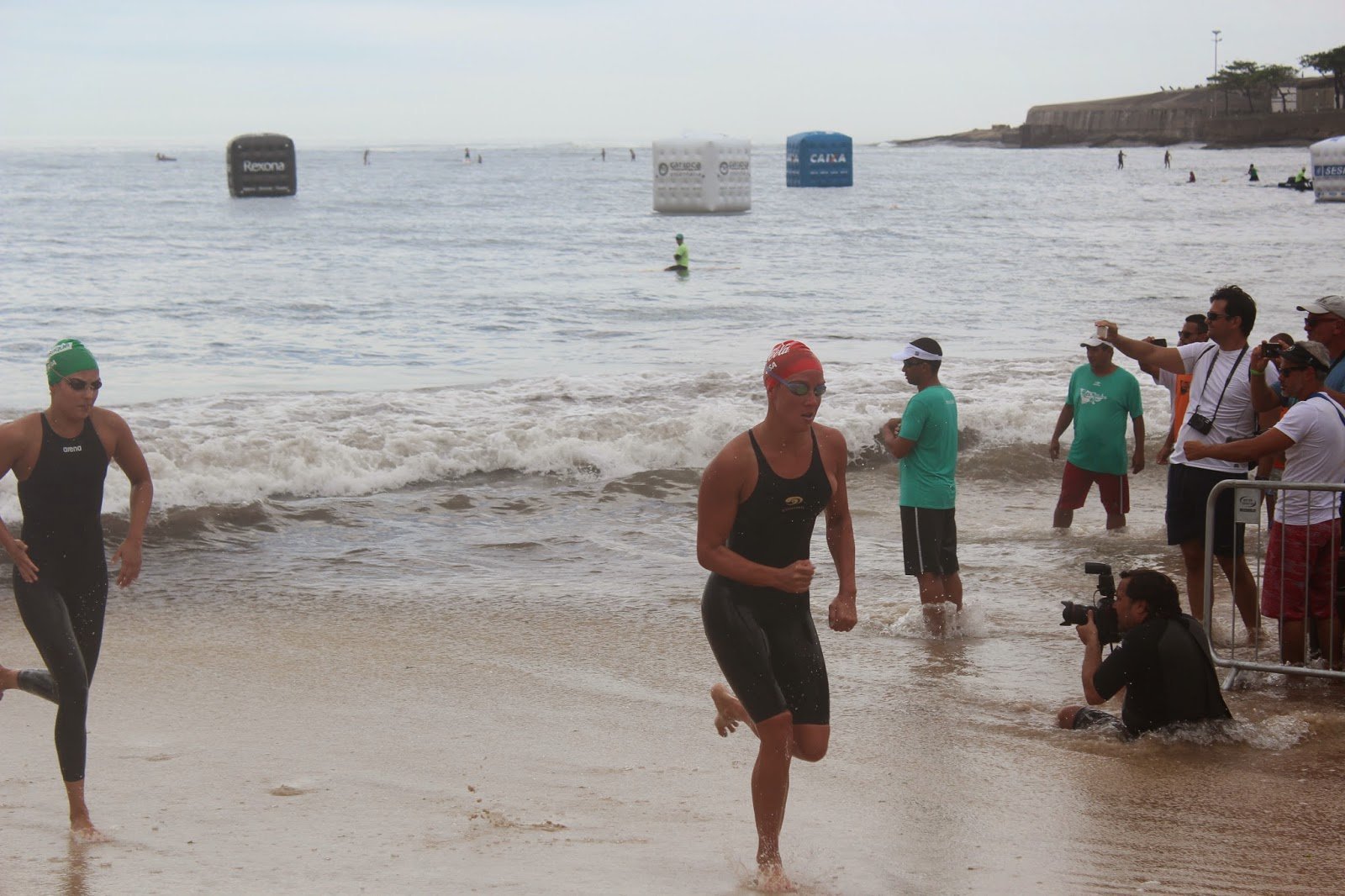 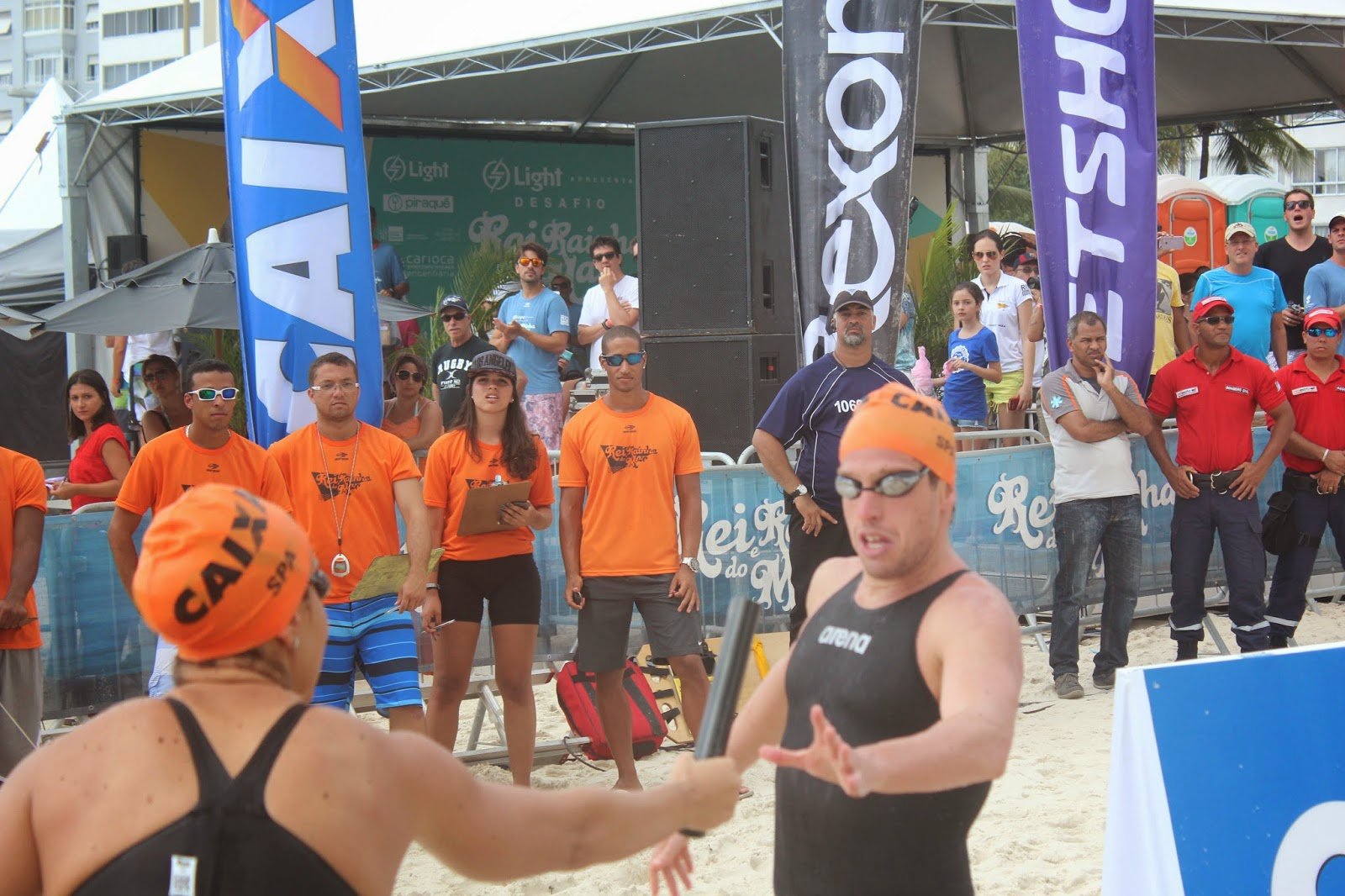 Spain’s Esther Nuñez handing off the relay baton to her husband and teammate Damián Blaum. 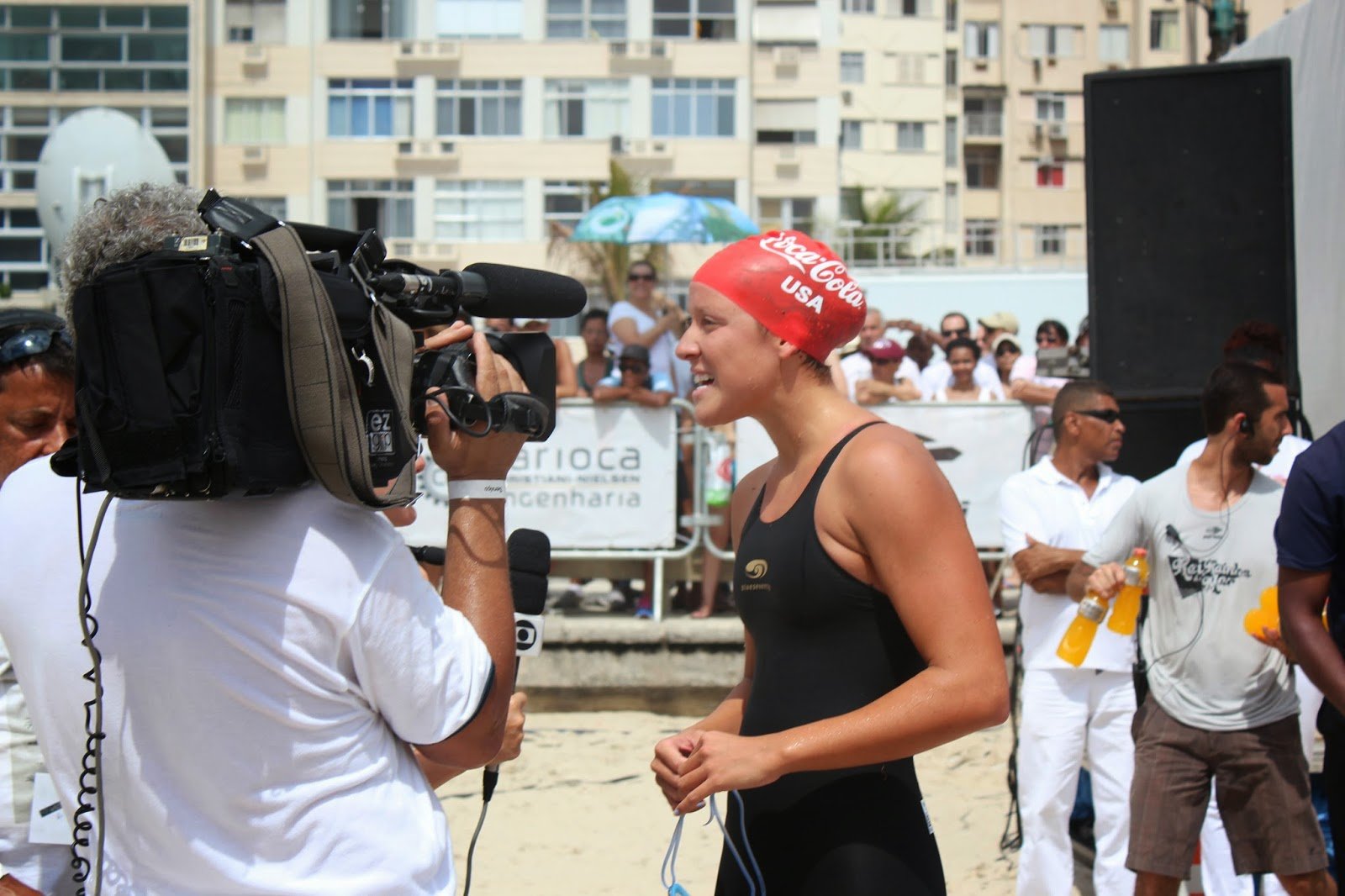 Stephanie Peacock was getting interviewed AS the race was in process. She was as cordial and accommodating as can be. 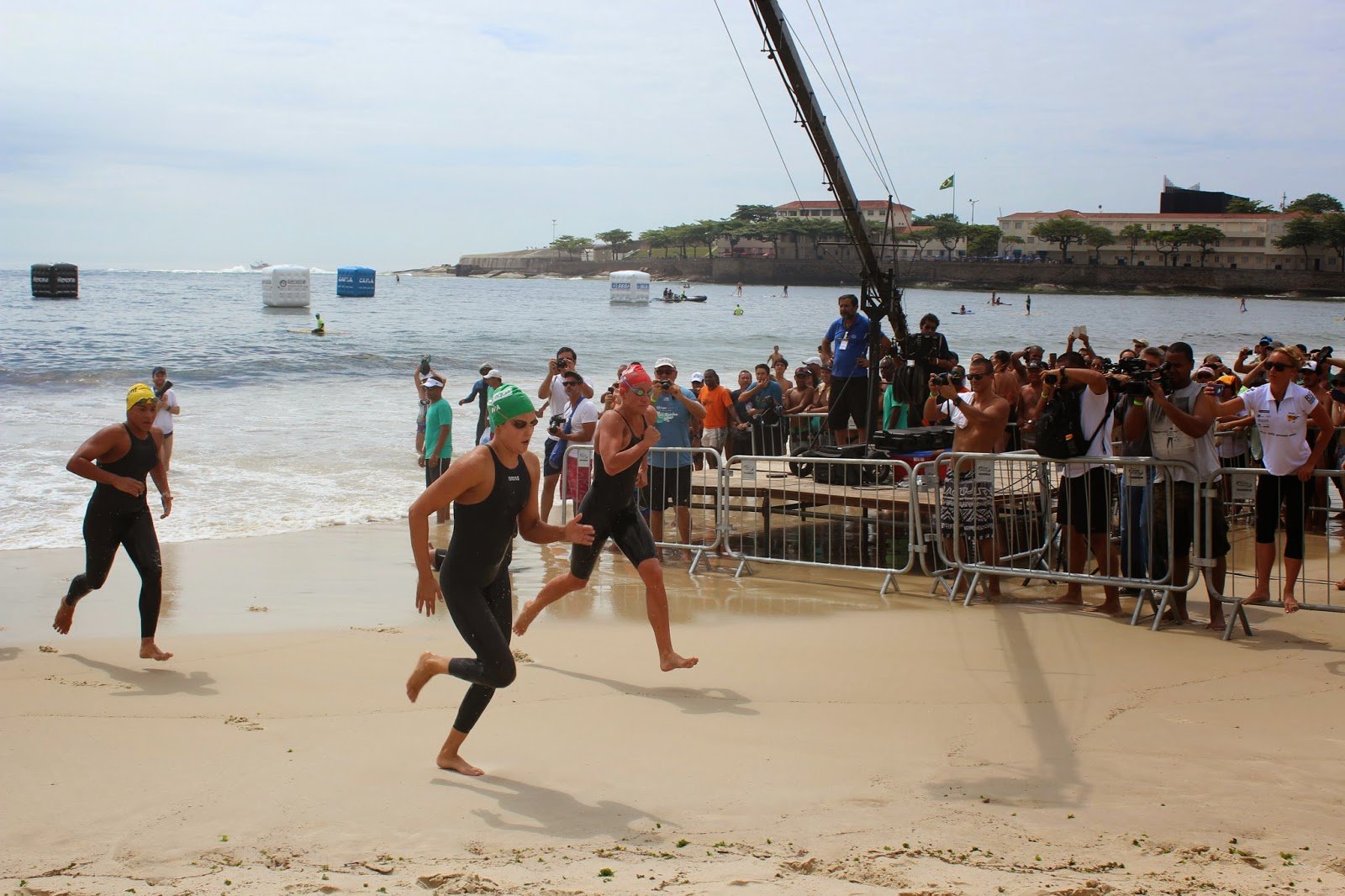