Silence Of The Sharks 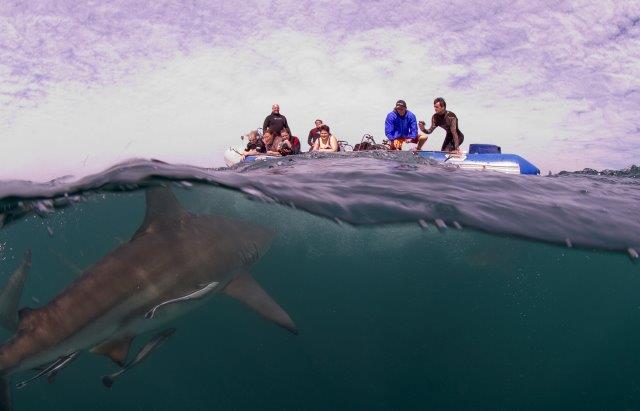 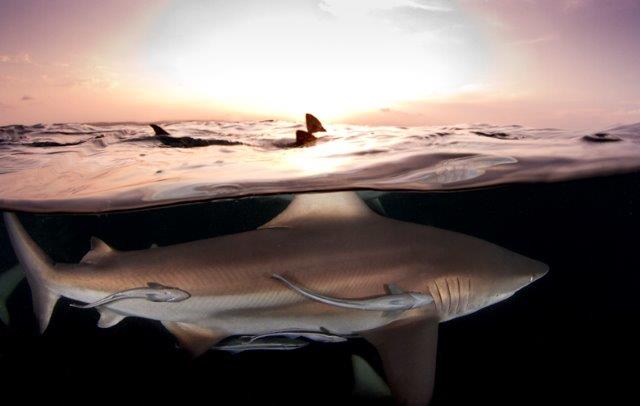 On June 4th at Scottburgh (Aliwal Shoal) and Shelly Beach (Protea Banks) on the KwaZulu-Natal South Coast in South Africa, there will be a Paddle Out for Sharks conservation platform, held in conjunction with the international Silence of the Sharks underwater protest.

The goal is for a thriving marine life including sharks will be supported on land and sea at the 5th annual Paddle Out for Sharks initiative. This year, the program will include support for the Silence of the Sharks, started by David Pilosof – international underwater photographer and diver – after data showed that more than 100 million sharks are killed annually.

These conservation initiatives – endorsed by UGU South Coast Tourism – will celebrate this year’s World Oceans Day theme, ‘healthy oceans, healthy planets’ with the Paddle Out for Sharks focusing, in particular, on the destruction caused by illegal fishing trawlers.

This issue has been highlighted in the South African media, outlining how illegal fishing trawlers are costing the country R60 billion annually by decimating its marine life. The protest action on June 4th will aim to create awareness about these marine atrocities.

Shark expert Mark Addison said, “The severity of the situation cannot be emphasised enough, pushing the shark community to the brink of extinction The rise of illegal fishing, as well as legal fishing, is the biggest threat to these animals.

The figure for the illegal take along [the South Africa] coastline is probably vastly understated and there is no doubt that even at a quarter of the value of the legal catch, as a benchmark, we are losing some seriously valuable resources – dead or alive every day. Sharks in our coastal waters are also a by-catch casualty and this is a major threat to the sharks on our coast. By–catch numbers are reportedly upwards of 50 million sharks caught worldwide in commercial fisheries each year
.”

But Addison also said a lack of reliable scientific information and management strategies, climate change and overall general public apathy to this disaster were all contributing factors towards the depletion of our shark life. “Essentially we are the greatest threat to sharks and only we can do something about it.”

June 4th can help raise awareness. The shore-based event will start at Scottburgh Main Beach with a talk by shark scientist, Jess Escobar on the plight of the sharks. The Harley Owners’ Group (HOGS) Durban Chapter will also be showing their support by riding from Durban to Scottburgh and gathering at the tidal pool on Scottburgh Main Beach.

Surfers, bodyboarders, paddlers, divers, and ocean–lovers are invited to participate in the Paddle Out for Sharks. Participants will gather at backline off Scottburgh Beach. Thereafter, the Silence of the Sharks participants will be invited to jump off the boats and form a group in the water holding banners.