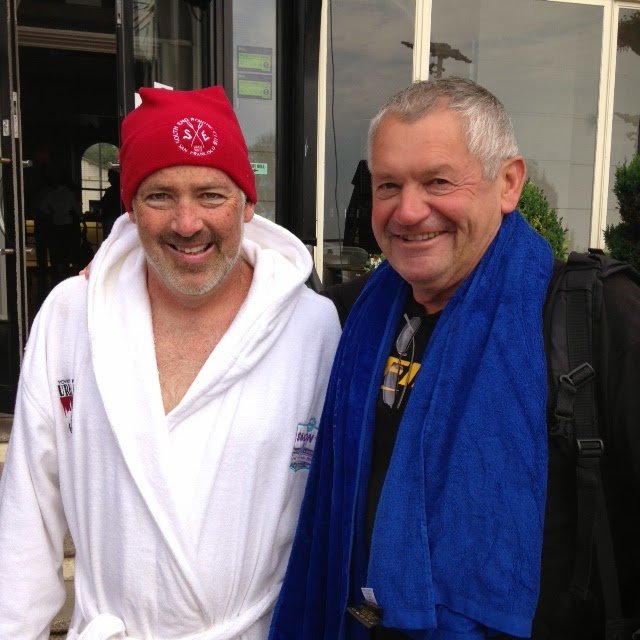 He has some kind of reputation.

“Simon Dominguez exemplifies the spirit of marathon swimming,” says fellow swimmer Kimberley Chambers. “He is a joy to train alongside, always inclusive and willing to share his swims and training with others.”

Reg Brickell, Jr. reportedly said after Dominguez completed a 13-hour English Channel crossing, “It was the worse storm a swimmer has had to endure in 45 years of taking swimmers across with winds gusted to 60 knots.”

“Simon just did a Channel solo in 13 hours; Simon is a Night Train stud,” says Vito Bialla [shown above] with Dominguez. “He is a man of steel, super strong and annoyingly humble.”

The bi-coastal Aussie swims with North Bay Aquatics Masters, the South End Rowing Club and the Night Train Swimmers in California and the Bondi Icebergs and North Bondi Surf Lifesaving Club in Australia.