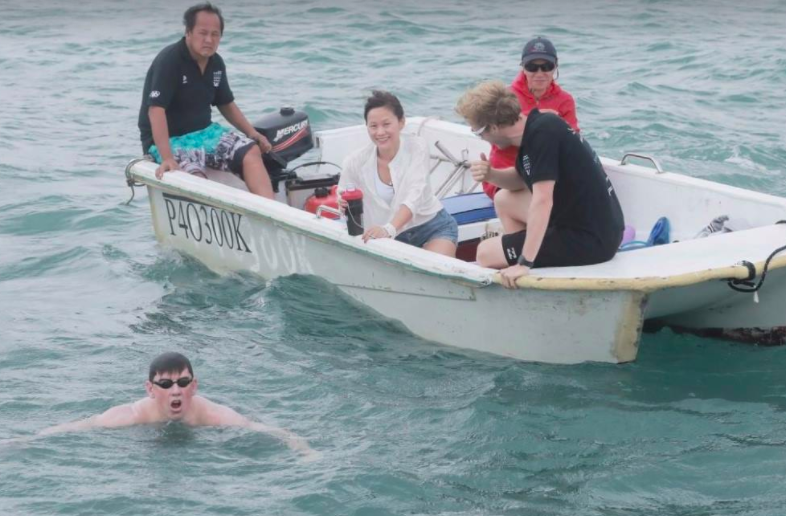 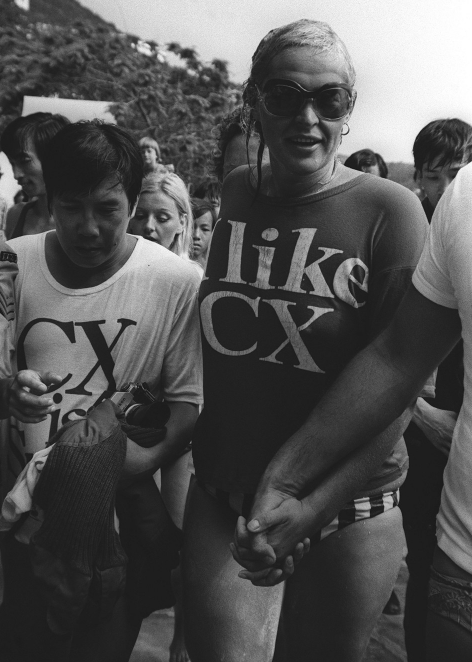 Linda McGill completed the first and only circumnavigation swim around Hong Kong Island on May 23rd 1976 when she took 17 hours 6 minutes to start and finish in Repulse Bay as she swam in a counterclockwise course.

“To emerge from the water after a day of swimming and see so many people supporting on the edge of a cliff is a memory that will live for me for the rest of my life,” Holliday wrote on Facebook. “Then to see the groundswell of support from friends in Hong Kong and around the world has been incredible. If I’m honest, today has been more of relief than joy. Although I feel a sense of personal achievement, it’s not the same feeling as helping someone to swim. But what has been inspiring is seeing people come together as a community.”

He gave thanks to Shu Pu who managed the logistics of his November 9th circumnavigation of 12 hours 32 minutes, his coach Henry-Thomas Wright, navigator Ross Vickers, and girlfriend Maggie Dou.

1976 photo of McGill is courtesy of the Post Magazine.