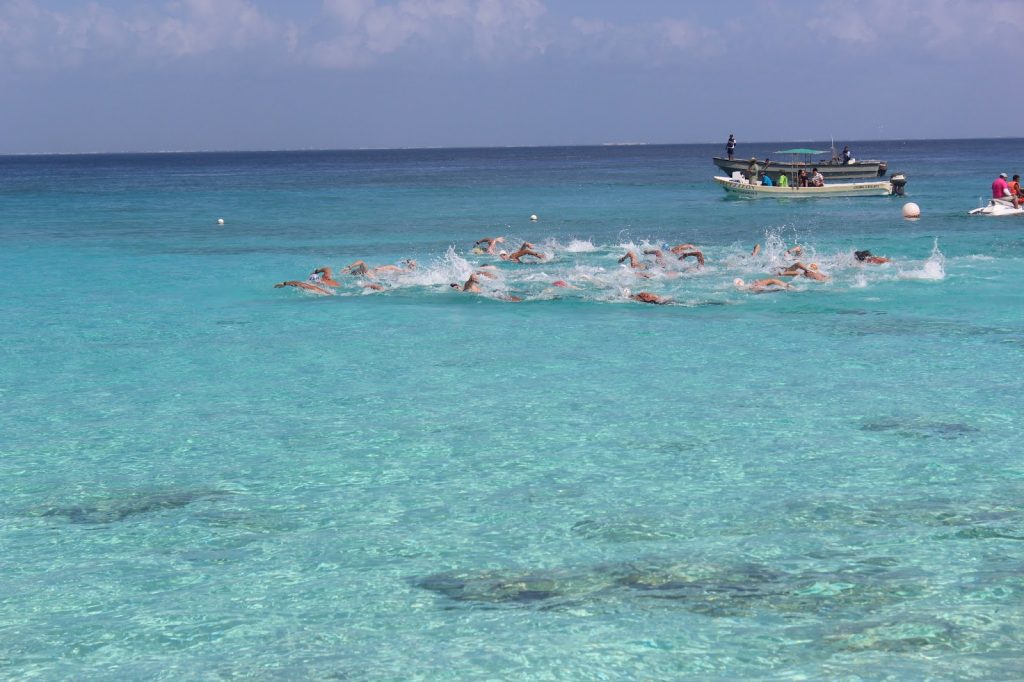 Simone Ruffini of Italy won his first FINA Open Water Swimming Grand Prix race today off the coral-line coast of Isla Cozumel in a tight race over Brian Ryckeman of Belgium and Ercoli Simone of Italy.

“It was fast from the beginning. It was a fast start,” recalls 2-time Olympian Brian Ryckeman. “The combination of the tropical heat and the fast pace was tough. I died on the last lap and could not stay with Simone.”

“It was a good race. I like hot water. The pace was fast,” said Simone Ercoli who was just touched out by Ryckeman. “I just died, too on that last lap.”

“This was my first FINA Open Water Swimming Grand Prix victory,” smiled Ruffini. “I am very happy. It was my strategy to get to the finish and finish fast. I was sprinting on that last lap as I was looking behind me. I was so nervous on that last lap.”

On the 9th and 10th laps, it looked like Christian Reichert was going to steal the race with a huge 60-70m lead. “I felt good and everything looked good, but I just didn’t have anything on the last lap,” recalled the German swimmer whose wife Nadine also competed in the race. There were quite a number of athletes who did not finish in the heat, either well or at all.

But it was Ruffini’s day under the sun in Mexico today.

Partial results are shown below: