Single And Double Crossings Between Kalamata And Koroni 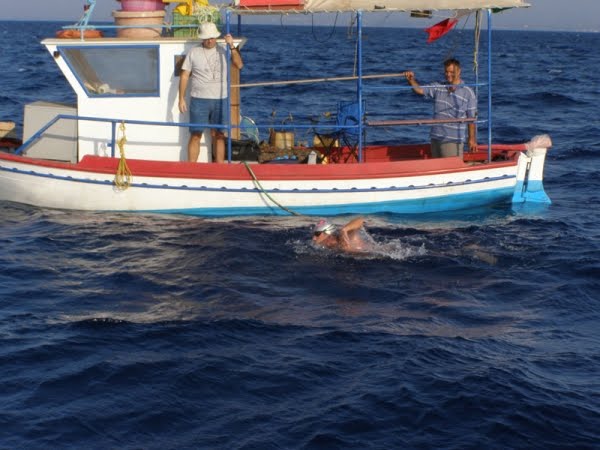 Mauro was followed by Dimitrios Archakis (7:58) and Panos Mpadouvanis (8:13) while two other special solo attempts where held under ideal conditions. Manyoki Attila from Hungary swam valiantly for 25 hours, completing 68 of the 90K in his unprecedented triple-crossing, but he retired early due to stomach problems.

Armin Johannes Wunder from Germany completed his 60K double-crossing between Kalamata and Koroni in 18 hours 32 minutes for the second-fasting two-way swim in this historical race.

The official results for the 23rd annual competition: