Sitting On The Shoreline Impressed With Others 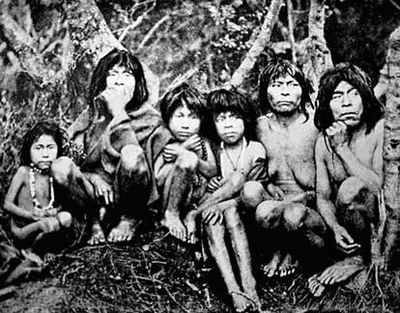 While Ram Barkai has a remarkable ability to control his shivering after swimming in water under 5ºC (41ºF), it was even more impressive to watch people from various walks of life at the Serpentine Swimming Club – up to the age of 74 – swimming in water temperatures around 1ºC (33-34ºF) for up to 15 minutes and not shiver despite the air temperature that was even more bitterly colder.

It was impressive precisely because Barkai is world renowned. We expect superhuman exploits from the South African financier-turned-ice-swim-advocate.

Barkai has done unprecedented swims around the world from mountain resorts in the Alps to near the bottom of South America. He has represented South Africa at winter swimming championships and is one of the few humans to have swum in Antarctica without a wetsuit. It was the very reason he was featured on Discovery Channel’s Superhuman Showdown, a television series that showcases individuals with unique abilities that extend far beyond that of ordinary humans.

On the Superhuman Showdown, Barkai’s self-trained response to cold water rightly shocked and impressed a global television audience. It was apparent to those unfamiliar with the extreme swimming community that he has unlocked something deep within his innate human abilities, including anticipatory thermogenesis. His excitement for what he has been able to develop within himself for himself, and the mental and physical processes that he has undergone, is palpable. It is clear what his path forward is: to share with the rest of the world the passion, drive and ability to dig deeper within the human potential to achieve what is considered impossible. As a result, he travels far and wide to complete ice swims with other swimmers from around the world and to share his experiences and procedures on how to safely swim in cold water.

But what he has unlocked, pods of swimmers from around the world have long explored and enjoyed. Communities of cold water swimmers have long flourished from Boston to Melbourne usually under the radar of public focus. From the Yaghan people of southern Patagonia (shown in photo above) in previous centuries to the members of the Serpentine Swimming Club in modern times, these swimmers have developed their ability to swim in near-frozen waters. They have done is gradually, responsibly and modestly

While the Yaghan woman used to swim in the icy waters to grab shellfish and small fish living among offshore kelp beds near the bottom of South America, the older British and Irish swimmers with a quiet reserve that is most impressive, regularly shuffle from the spartan locker room in Hyde Park to the frigid waters of the Serpentine in early morning hours. Day after day, month after month, year after year.

And they are not alone. What the Yaghans, British and Irish have unveiled to themselves and others who have witnessed them, swimmers from Japan to Russia to the Czech Republic have also developed over the ages.

But what is at least equally impressive is the ability for swimmers from warm-weather locations, from places like Bangladesh, Hawaii and the Caribbean, who travel to cold-water venues and swim without hypothermia. It is understandable if you live in a country where winters are long, mornings are brutally cold, and snow is a natural phenomenon, then the ability to swim in cold water is a natural outcome for those who are so motivated. But what is it with swimmers who do not own a winter coat, who never see snow, or live in areas where air temperatures never dive below 16ºC (61ºF)? How can they just plop over from a tropical paradise to the more frigid parts of our planet and jump in a swim?

Their cold-water training is essentially zero and their exposure to the cold is what they imagine in their minds. What must it be like for those individuals to manage their body’s own natural physiological response to frigid waters?

We can never imagine or experience those sensations for we only sit on the shoreline watching others explore their potential in the frigidly cold waterways of the world.

But how can we take the mental outlook of Barkai and the individuals like the Serps – where the apparently impossible becomes possible – and transfer that mindset to enhance our speed and distance capabilities? Some open water swimmers prefer challenging themselves to extreme cold water conditions, but others prefer challenging themselves to swimming fast (or faster) or swimming far (or further). We need to capture that mindset of Barkai and the Serps and apply it to our own personal goals.