Six Across 72 Miles In The Kaieieiwaho Channel 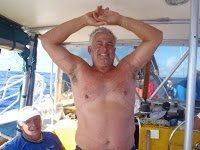 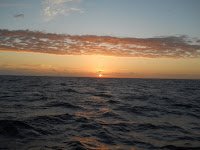 Not just anywhere – but across the Kaieieiwaho Channel between the Hawaiian islands of Oahu and Kauai – sharks, Portuguese Man-o-War – if there were ever a truly dangerous channel to cross, this was it.

This effort took 47 hours 55 minutes, every moment filled with risks. They stared down a shark and ignored the pain of the Portuguese Man-o-War for days as they entered open water swimming history.

During one shark encounter, they describe, “…I heard Linda yell SHARK, SHARK, SHARK…The boat went into high alert. But Randy was already on the ama ready to jump in…”