Six Degrees Of Separation In Swimming 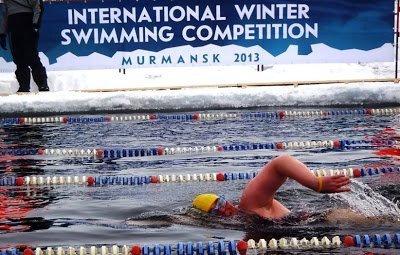 Six degrees of separation is the theory that everyone and everything is six people or fewer steps away from any other person in the world. That is “a friend of a friend of a friend…” statement can be made to connect any two people on earth with a maximum of six steps.

Oprah Winfrey and Alex Meyer
Oprah Winfrey is friends with (1) Susan Casey who was the editor of Oprah’s O Magazine who was the college swim teammate of (2) Pam Lazzarotto who trains with (3) Lexie Kelley who competed with (4) Trent Grimsey who raced against (5) Alex Meyer around the world.

Tom Cruise and Lexie Kelly
Tom Cruise was the star in the movie The Last Samurai where he learned to love the high-tech Japanese toilets of TOTO. Upon returning home, he ordered 5 TOTO toilets from the American subsidiary where (2) Steven Munatones worked who paddled for (3) Lexie Kelley at the Slam the Dam event in Las Vegas.

Kevin Bacon and Kevin Murphy
Kevin Bacon appeared in Flatliners with (2) Julia Roberts who appeared in Oceans Eleven with (3) Matt Damon who played in the movie Good Will Hunting with (4) Ben Affleck who directed the movie Argo about political issues in the Middle East that have been covered by (5) Kevin Murphy as a reporter.

Kobe Bryant and Ashley Twichell
Kobe Bryant, one of the world’s most famous basketball players in the world, asked (1) Chloe Sutton to explain to him about swimming at the 2008 Beijing Olympic Games. Chloe trains under (2) Coach Bill Rose and together with (3) Ashley Twichell daily at the Mission Viejo Nadadores.

President Obama and Ned Denison
President Obama, a graduate of the Punahou School on Oahu, visits Hawaii on vacation where he body surfs and where (1) Kenny Rust lifeguards who formerly worked for (2) Ralph Goto who is the chief lifeguard overseeing the Waikiki Roughwater Swim that (3) Kaia Hedlund organizes who knows (4) Ned Denison from the Global Open Water Swimming Conference.

Within the open water swimming world, it is so easy…

Forrest Nelson and Ram Barkai
Forrest Nelson was the Observer of (1) Stephen Redmond‘s Catalina Channel crossing. Stephen is the Irish colleague of (2) Nuala Moore (shown above) who is an ice swimmer and proud recipient of the Red Jacket given by the International Ice Swimming Association founded by (3) Ram Barkai.

And from the perspective of Barkai: Ram Barkai organized the Cadiz Freedom Swim in which (1) Barbara Held participated who volunteers for the Catalina Channel Swimming Association that is presided over by (2) Forrest Nelson.

But sometimes 6 is not enough…if you connect the pool and the open water:

Michael Phelps and Lynn Kubasek
Michael Phelps was on the USA Olympic Swim Team with coach (1) Tim Murphy who coaches marathon swimmer (2) Alex Meyer who graduated from Harvard University where (3) Matt Damon also studied. Matt appeared in Ocean’s Eleven with (4) Julia Roberts who appeared in the movie Larry Crowne with (5) Tom Hanks who named a washed-up volleyball (6) Wilson who is the mascot of the (7) Oak Streakers of Laguna Beach where (8) Lynn Kubasek is a stalwart member.