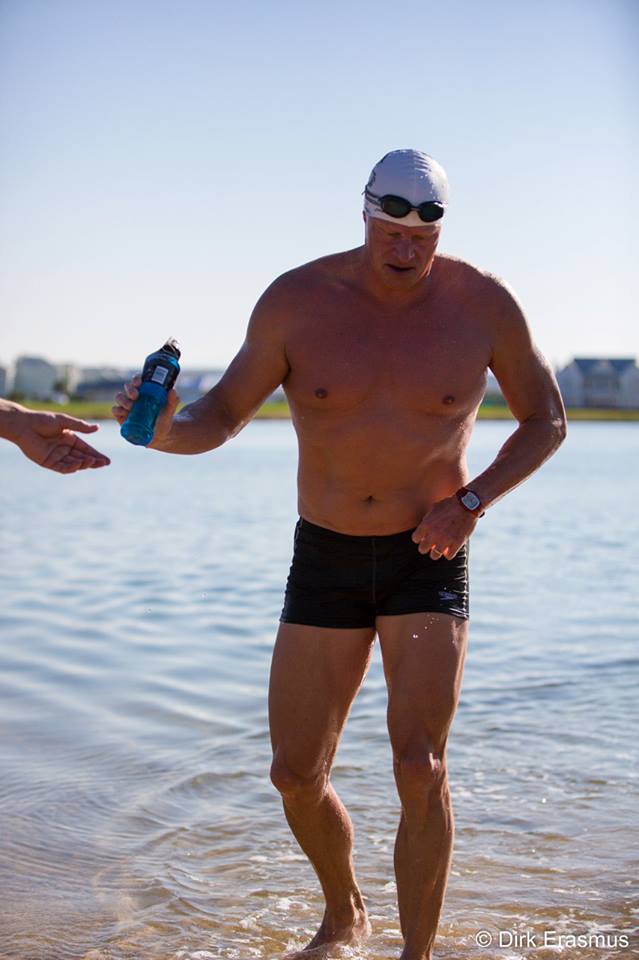 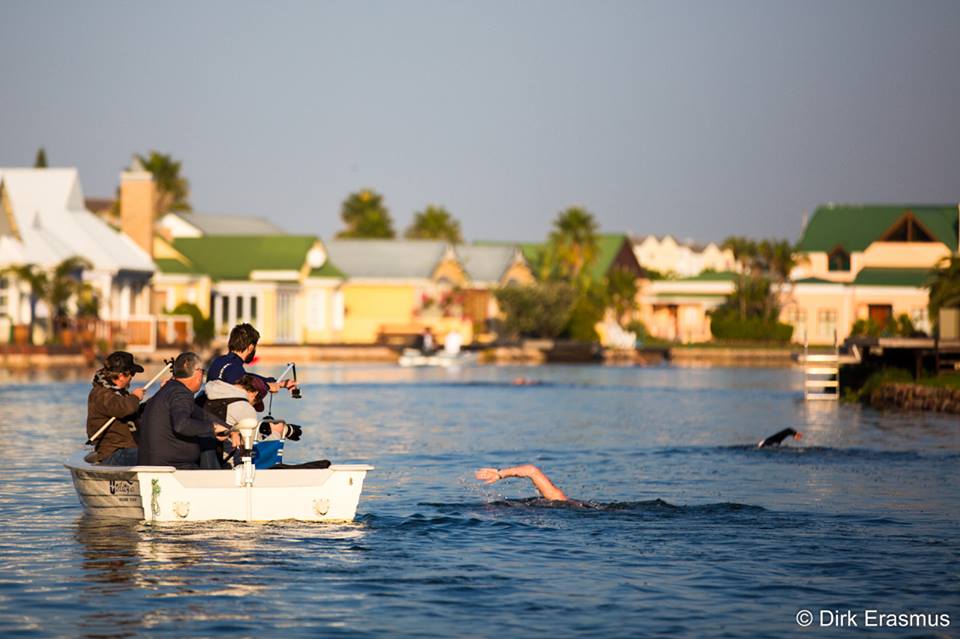 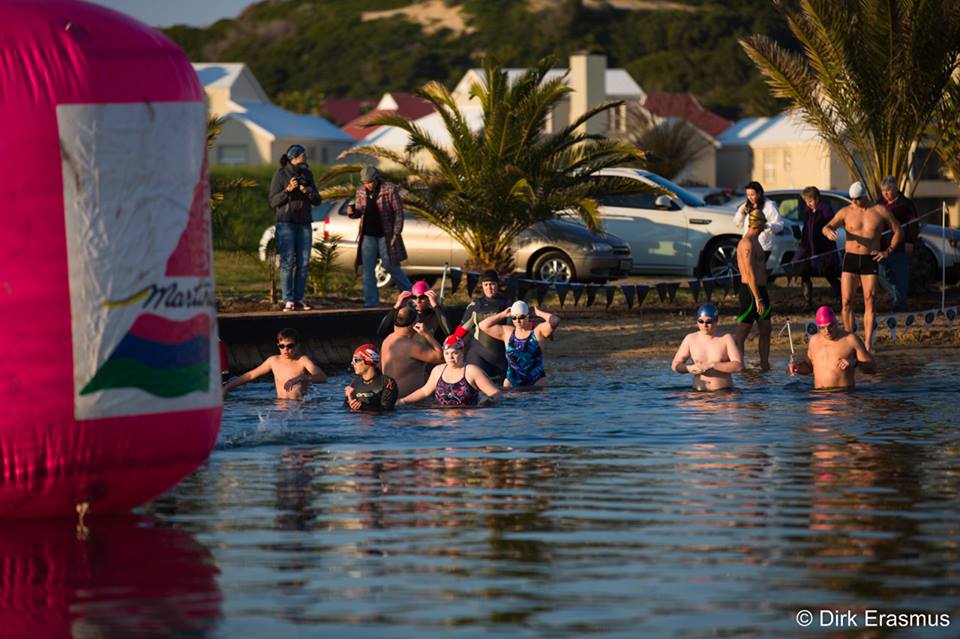 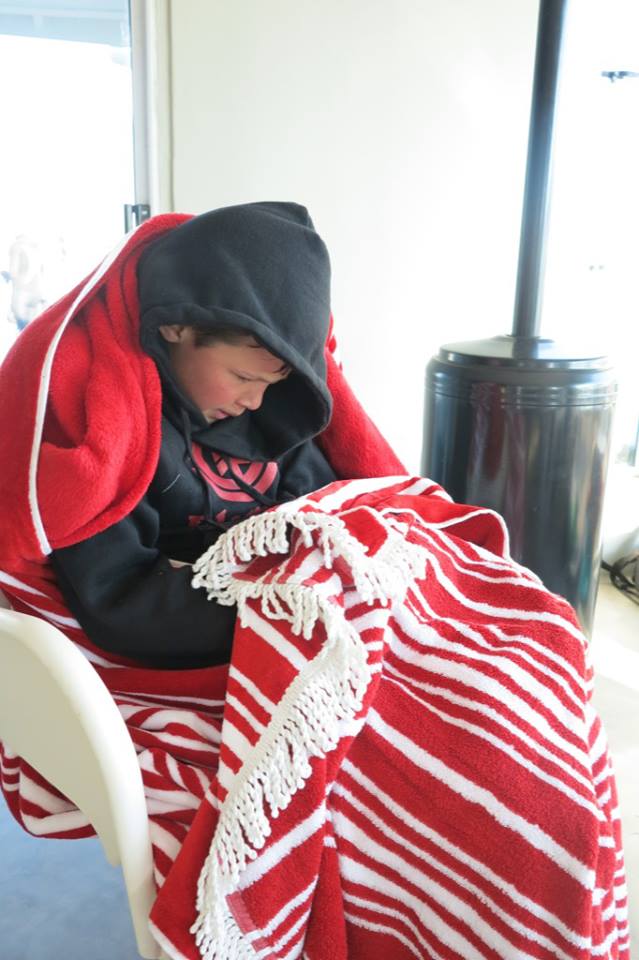 PJ Duffey who lead the race up to the 5 km mark finished second as the 12.5ºC (54.5ºF) water eventually sapping his strength. Grey upped his pace over the third and final 2.5 km loop to claim victory. “I felt good in the latter stages of the race and made my move at the 5K and managed to hold off PJ, who is a renowned sprinter in open water swimming,” said Grey (shown on left).

Amy Erasmus won the women’s division in her first cold water swim over Cecilia Belgraver. “I was really nervous before the swim but I settled down and enjoyed the cold. Marina Martinique is an awesome place to swim,” said Erasmus after her victory.

Jared Cassidy won the wetsuit division while Etienne Jordaan was the youngest competitor and managed to swim 2 km before the cold got to him. “I cannot wait for the JBay Cold Water Classic next year because I am determined to finish the swim,” said elementary school student Etienne after his first ever cold water experience (shown below warming up after his experience in Marina Martinique).

“Cold water is regarded as being sub-15ºC and with an average water temperature of 12.5ºC, Marina Martinique will grow in stature as a cold water swimming venue during the winter months.”

The JBay Cold Water Swim Classic was the opening event of the JBay Winter Fest, a multi sport festival that is currently taking place in Jeffreys Bay. Full results of the swim can be found here.