A Slice of Dover 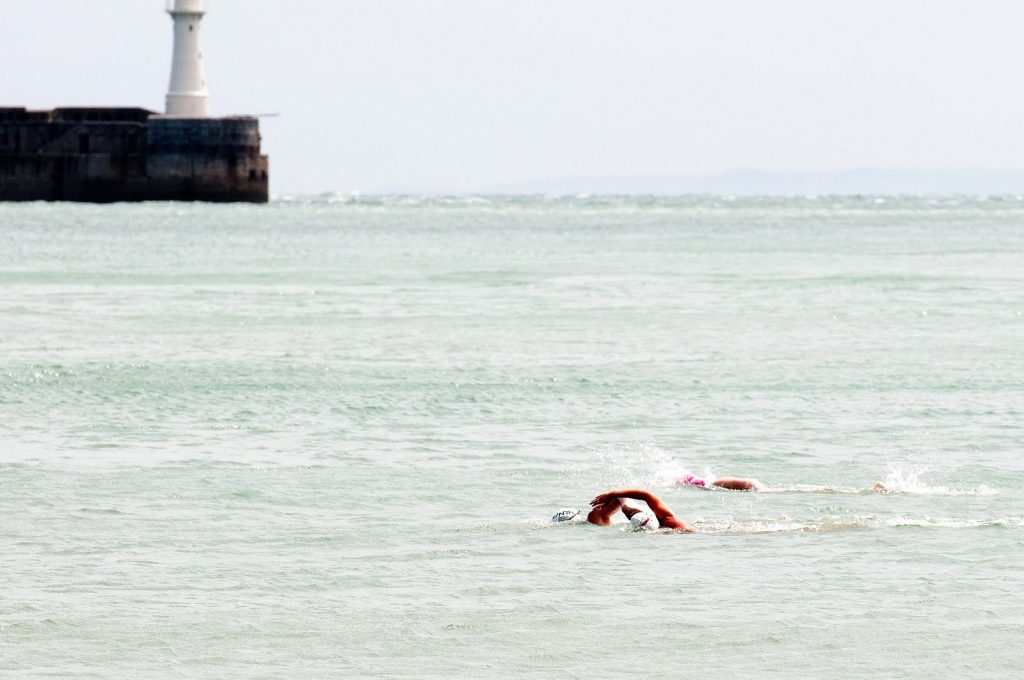 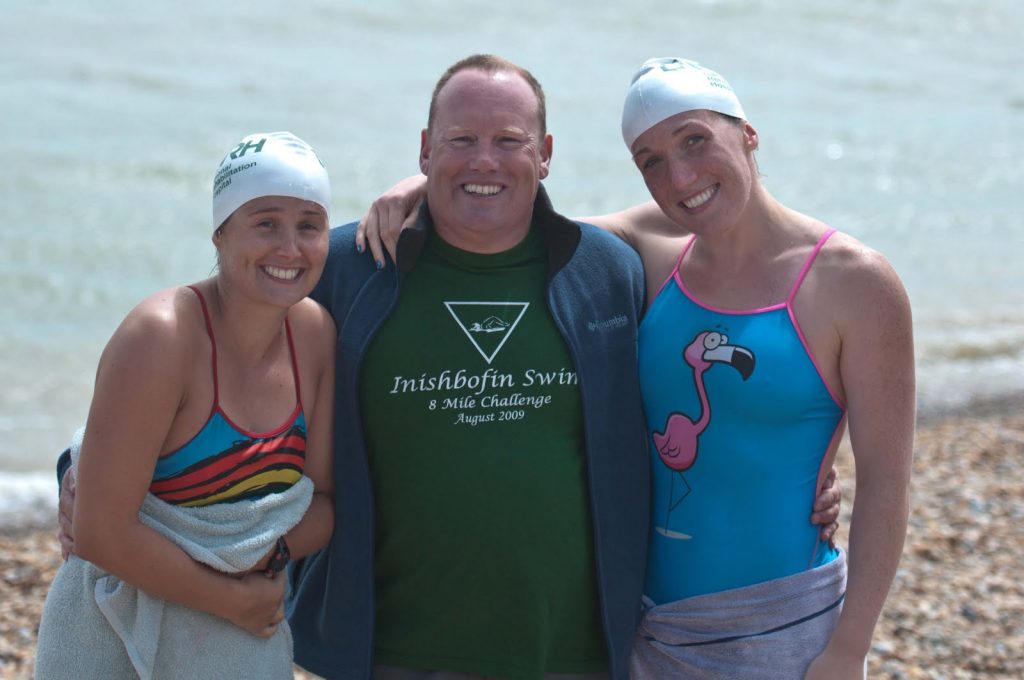 In making my way down to Dover from London I wasn’t quite sure what to expect.

Coming from the train station to the local hotel I could see huge cruise ships and ferry boats on each side of the protected marina and out on the horizon the howling winds had whipped up a white capped sea. Although a bit hazy I could see the shoreline of France 21 miles off in the distance. Even though it’s summer, the winds blew cold. So I thought, “no one will be in the water today”. Not true. As soon as I checked in I walked out to the cobble stone beach and there I saw 5 strong swimmers doing the famed training course between the retaining walls in the protected harbor. Their strokes were strong as they appeared to working 200m intervals with short rests between.

Later when they came on shore I met three of them, Irish swimmers, Sorka Barry, Susanna Murphy and John Downs. Susanna and John are here in their “window” the period they’ve worked out with their pilot and the channel crossing federation, waiting for the right conditions. [Read More…]
Copyright by World Open Water Swimming Association