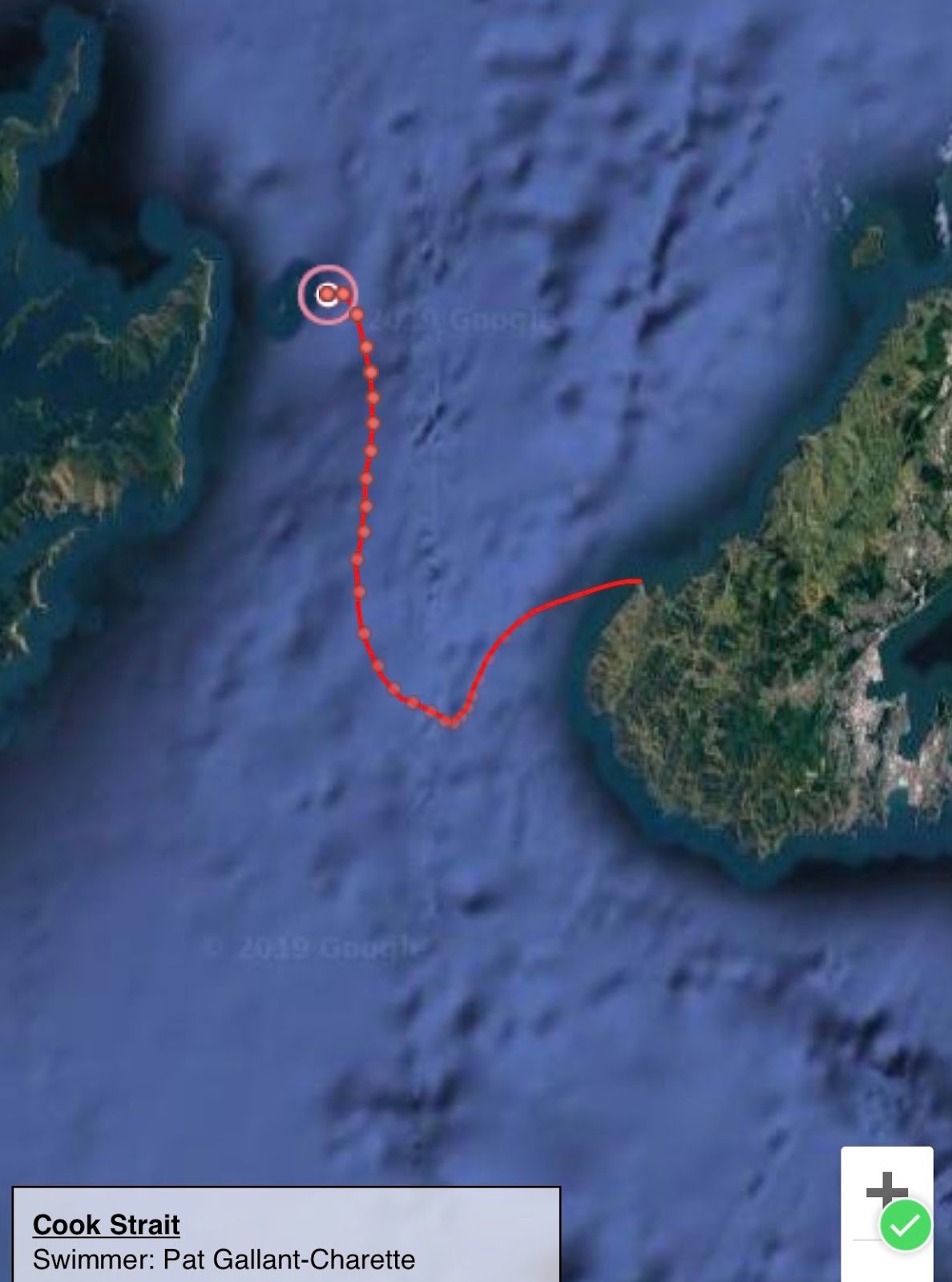 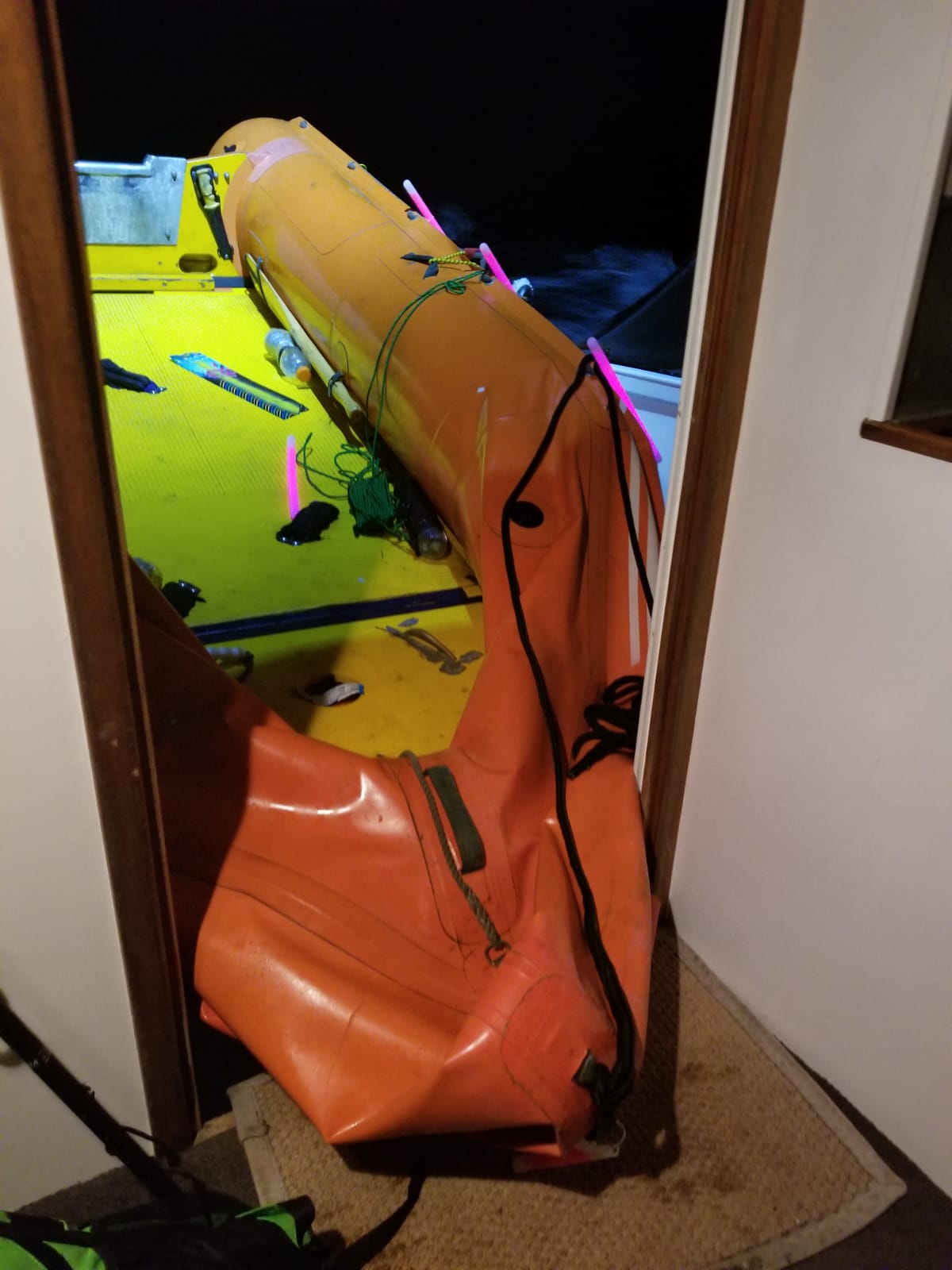 Pat Gallant-Charette is one channel crossing away from becoming the oldest person to complete the Oceans Seven.

Cold water would not stop the retired nurse. Rough conditions and waves would not stop her. Marine life was a manageable situation. Distance was something she excelled in; her longest duration in the water was 24 hours 28 minutes across Lake Ontario.

The 68-year-old attempted a 23 km crossing of the Cook Strait between New Zealand’s North Island and South Island on March 1st. She recalls the attempt, “It was one of the most beautiful marathon swims, ever. After swimming for 12 hours and no doubt that I was going to reach the finish line, unfortunately adverse conditions suddenly started.

Philip Rush rightfully stopped my swim due to unsafe conditions for crew – my son Tom – and me.

After being pulled from the water in darkness into his Zodiac boat, a large wave pushed his Zodiac into the main boat causing a large tear to the bow of his Zodiac [shown on left with its deflated bow]. Immediately, it started to capsize with us and gear in it. Philip, with his outstanding training as paramedic, quickly had us evacuate and got us to safety, including our gear.

I have the greatest respect for him. He’s one of the very best pilots worldwide

But the DNF led to a surprising decision, especially since Gallant-Charette has often failed in her initial attempts of the various channels around the world. “Due to the long wait list of nearly three years, I will not be returning to Cook Strait. I am happy with my Oceans Six. There are so many more beautiful marathon swims worldwide that I would love to attempt.

My next swim will be Lake Memphremagog in Vermont in July. It would be the completion of the Triple Crown of Lake Monster Swims
.”