So Far, So Good For Craig Lenning 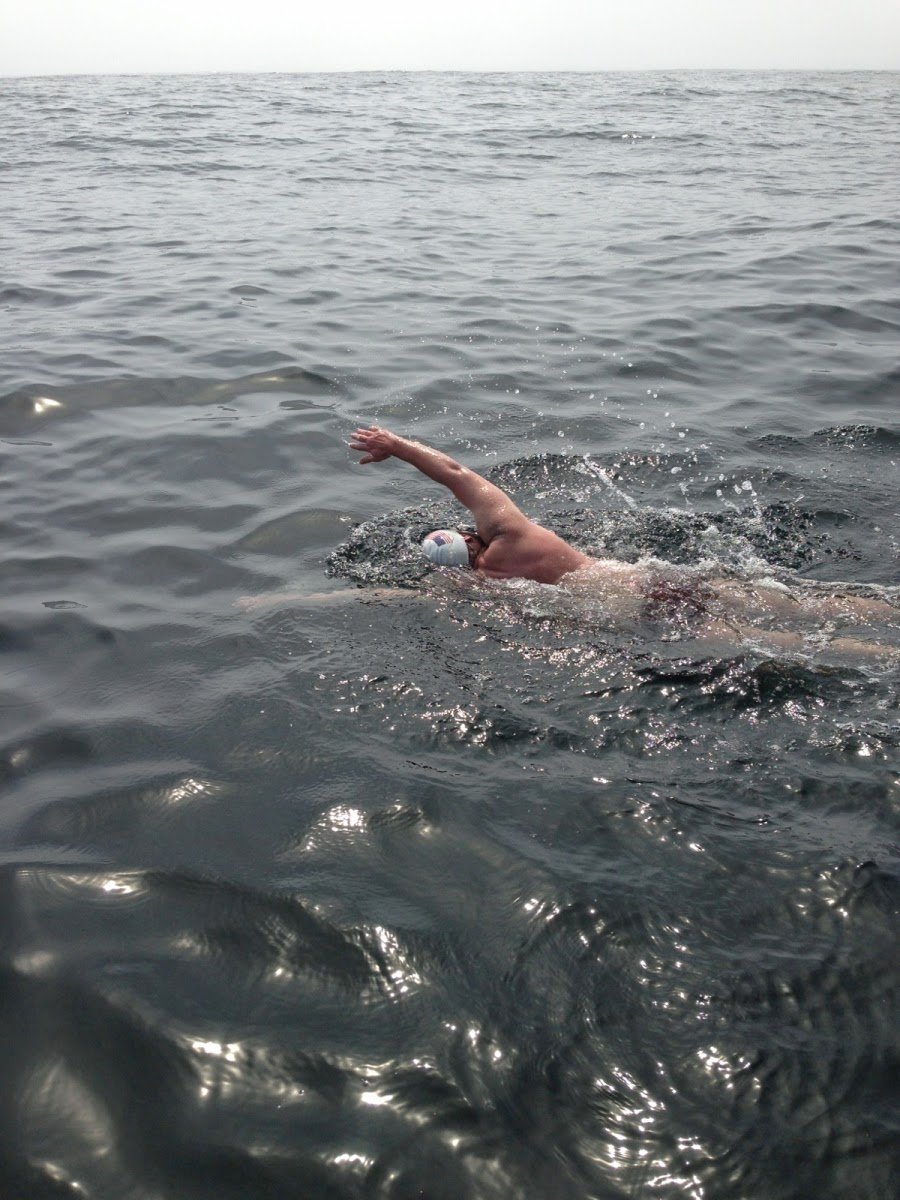 From what is described as the most desolate islands in the Pacific, Craig Lenning with a support crew of Vito Bialla, David Holscher, Patrick Horn, Jamie Patrick and Evan Morrison is stroking along nicely in the cold. After his 6 am start at the Farallon Islands, he is one-third finished at lunchtime on the West Coast.

Matthew Davie reports on Lenning’s progress, “He is heading to the Golden Gate Bridge wherever the tide pushes him. He is holding a pretty straight line right now and looks good. Hopefully, a good flood tide builds behind him in a few hours at buoy 3 or 4 so it is still pushing forward home. All in good spirits on the boat.”

Captain Bialla describes the situation further, “We are currently 6.6 nautical miles to the light ship. Then fasten your seat belts. Craig is so even-keeled, it’s amazing. 52 strokes per minute in 52ºF (11.1ºC) water.”

Follow tweets from Lenning’s escort boat here and via the Night Train Swimmers’ Facebook page. The last two tweets include, “The fog has rolled in! Craig still looking strong!” and “Craig is approaching the halfway point and looking happy and strong!”