The Solitude And Simplicity Of Open Water Swimming 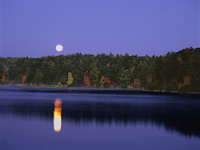 During the last stages of the 25K world championship race, we were impressed with the last feeding done by both Valerio Cleri and Alex Meyer. At the last feeding station – despite the the fact that the two men had been battling shoulder-to-shoulder for over 5 hours, they had the presence of mind to take the time to comfortably take a hydration break (about 4 seconds).

Alex came into the feeding station slightly in front and took a long swig from his water bottle handed to him by his coach. Valerio passed him on his left and initially appeared to use this opportunity to put on a surge to create separation between him and Alex at a critical stage in the race. But Valerio was simply swimming towards his own coach further down the feeding station. Valerio similarly took a nice long swig (4-5 seconds). They eyed each other – silently acknowledging each other’s abilities – as they head – into the final last 1.8 km sprint.

It reminded us of two boxers entering into the last round where they touch gloves before they begin unmercifully pounding each other. The mutual respect for each other’s talents and tenacity was defined at that very moment.

After the men were properly hydrated for their last push and final sprint, they took off sprinting stroke-for-stroke, eyeing each other as they swam shoulder-to-shoulder down the backstretch to their memorable finish.

This unfathomable amount of energy, speed and endurance that the men showed – as they powered through the 1-2 foot surface chop against the wind while they surprisingly pulled away from Petar Stoychev, the English Channel world record holder – is rooted in their approach to training.

Valerio is known for his voracious appetite for training – up to 25,000 meters a day – constantly pushing himself to sheer exhaustion. Alex, a recent graduate from Harvard University, takes an intellectual and philosophical approach to training which well suits his low-key, but competitive, nature.

Alex, who has continued to improve as an athlete despite his heavy load of academics, does his open water training in Walden Pond – sometimes with the women’s world 5K champion Eva Fabian. Walden Pond, located outside of Boston, was made famous by American author and naturalist Henry David Thoreau.

With this famous pond in mind and the solitude that open water swimmers face every single time they enter the water in mind, we are reminded of one of Thoreau’s beliefs about the beneficial effects of living simply and close to nature. “I never found the companion that was so companionable as solitude.”

The solitude and simplicity inherent in swimming in one’s natural environment is something that is easily understood the world over by athletes of all ages, abilities and backgrounds.

Photo of a focused Alex Meyer during the final pre-race briefing before the 25K race by Dr. Jim Miller.