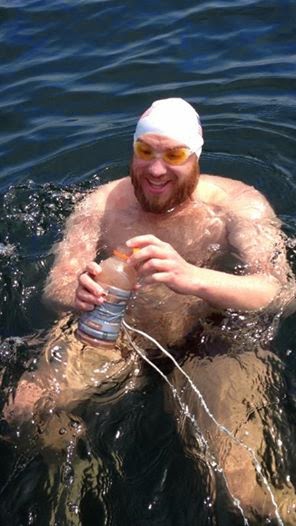 Chloë McCardel of Australia and Craig Lenning of American both had remarkable swims in 2014 that were celebrated by their peers and fans.

McCardel’s swim was especially arduous as she spent nearly a week hospitalized after her unprecedented 124.4 km swim from South Eleuthera Island to Nassau, Bahamas. Lenning’s swim from the Farallon Islands to the California mainland was a bit less traumatic but it nearly felt unprecedented because Lenning’s crossing was the first in the area since Ted Erikson did it in 1967.

They were both awarded the annual Solo Swims of the Year by the Marathon Swimmers Federation.

Like adventurers of old, these two tough swimmers endured much more than your average swim – and their teams, planning, strategy, speed and stamina were roundly applauded by the global community.