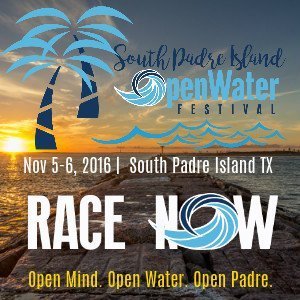 South Padre Island is a resort town in Cameron County, Texas, United States. It was named as one of the 20 Best Beaches In America by Men’s Journal in 2017.

It was also the site of the South Padre Island Open Water Festival organized by Bobby Brewer of Open Water Planet.

Olympic champions Rowdy Gaines and Lenny Krayzelburg served as announcers and hosts to the event that is located near The Sandcastle Capital of the World.

But the island is being pounded this week with Hurricane Harvey.

The Padre Island National Seashore is located off the coast of South Texas in the United States. It is the longest stretch of undeveloped barrier island in the world.