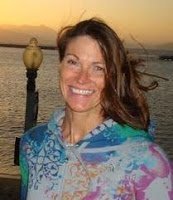 There are hotbeds of open water swimming around the world: Sydney, Cork, Cape Town, Cancun, Grand Cayman, Quebec, Rio de Janeiro, Perth, and San Francisco where there are an abundance of races and open water swimmers of all ages, abilities and walks of life.

These hotbeds are situated near iconic bodies of water that offer numerous courses for training and competition. People swim year-round with several races held during the summer months.

One of those hotbeds includes Southern California, a population center near Los Angeles that spreads from Orange County to Pasadena to Ventura. Depending on how it is defined or measured, the area includes up to 22 million residents and hosts dozens of open water swims from age-group competitions to masters swimming events, but also includes triathlons, lifeguard competitions, swim-run biathlons, Catalina Channel solo swims and relays, and different pods, squads and teams of swimmers dotting the coastline from San Diego to Santa Barbara.