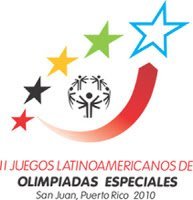 The Cayman Islands Government wrote a nice article about Andrew Smilley‘s Open Water Swim of 2009 on its website here.

Andrew‘s next big competition: the second Latin-American Special Olympic Games (II Juegos Latinoamericanos de Olimpiadas Especiales) between February 19th – 27th where Andrew will join over a 1,000 athletes and 250 coaches in front of thousands of spectators and volunteers in San Juan, Puerto Rico.

“His dedication is phenomenal,” said his coach Penny McDowall (shown on left). “We have always been very proud of him – now the world knows why.”

Penny herself is also an incredible individual – passionate, thoughtful and experienced – as she is one of only 40 coaches worldwide to receive the Special Olympics’ Exemplary Coach Award.

“There are more than 250,000 Special Olympics coaches around the world. And so for Penny to win this international award is really something we cherish,” explained Special Olympics Cayman Islands Board Director Maxine Everson.

We also cherish the warm-hearted devotion of Penny to her athletes and the sport.