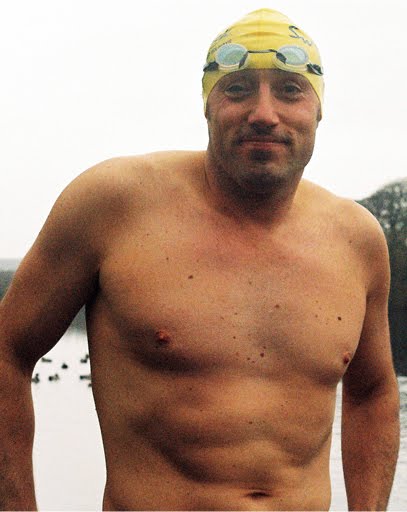 A romance spanning six decades, a moment of solidarity at sea, and a magical end-of-an-era are among the stories of unforgettable swims commemorated by Speedo in a new website.

Aquatic adventurers – similar to the people who will swim around Manhattan Island or attend the Global Open Water Swimming Conference this weekend – can upload their memories of cherished moments in the water here. The site has launched with an initial 11 Unforgettable Swims.

The stories include the real-life love story between Yvonne and Cyril who was advised that he would need to take up swimming if their relationship was to last.

Since then, the couple, now aged 88 and 87, have been regular competitors in cold water swimming at Tooting Bec Lido in South East London as well as regular participants in Saturday morning swimming in the city’s Hyde Park.

Speaking of his regular swims with Yvonne, Cyril says, “There’s nothing else like it in the world. I love being in the water with her. It makes you feel so free and keeps your body and mind fit. The day we give up swimming will be the day we give up all together.”

In contrast to Cyril and Yvonne, Colin Hill (shown above) is usually a soloist in the water whether that is across the English Channel or in the Strait of Messina between Sicily and mainland Italy. “I finished the 5km swim first but could see that a few of the group were getting tired and struggling as the tide swelled. So I got into my support boat and went out and joined them in the water. I swim alone so often, it was an amazing feeling to share the water with new friends.”

Danielle O’Byrne’s unforgettable swim came on the final night of a two-year adventure in England. After taking a moonlit stroll to the beach with friends, Danielle jumped in the water – and was mezmorized, “We all looked down and noticed that the sea was glowing. There was phosphorescent plankton everywhere. All of us became silent, awed by the magic before us. I started to cry because it was something I’d wanted to see but had given up. To witness it on my last night in England was incredible.”

The search is on for more people whose lives have been enhanced by the water to add their stories to the website and share their passion for swimming. Now is your chance to be supported by Speedo and share your love of swimming with the world.