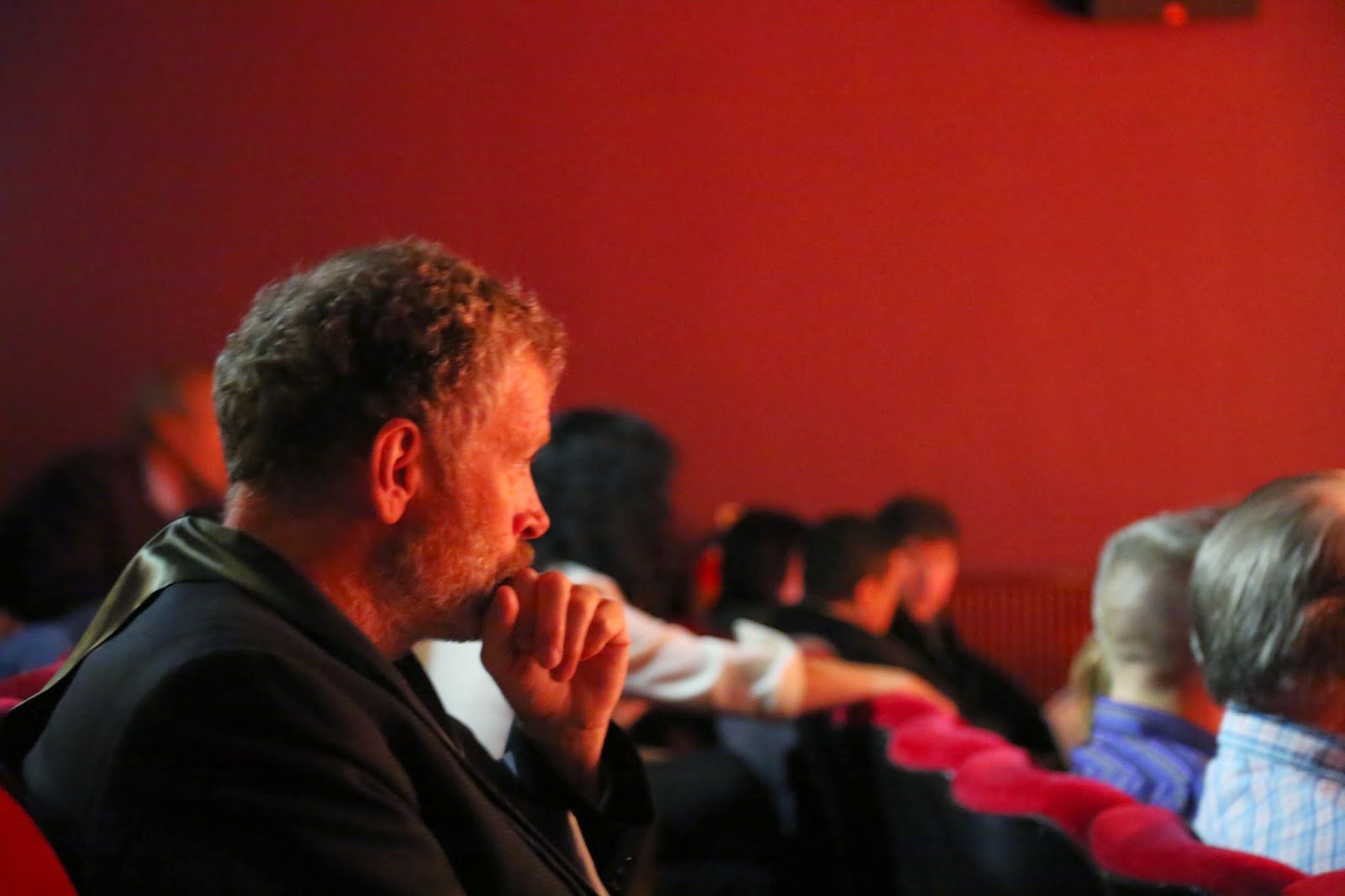 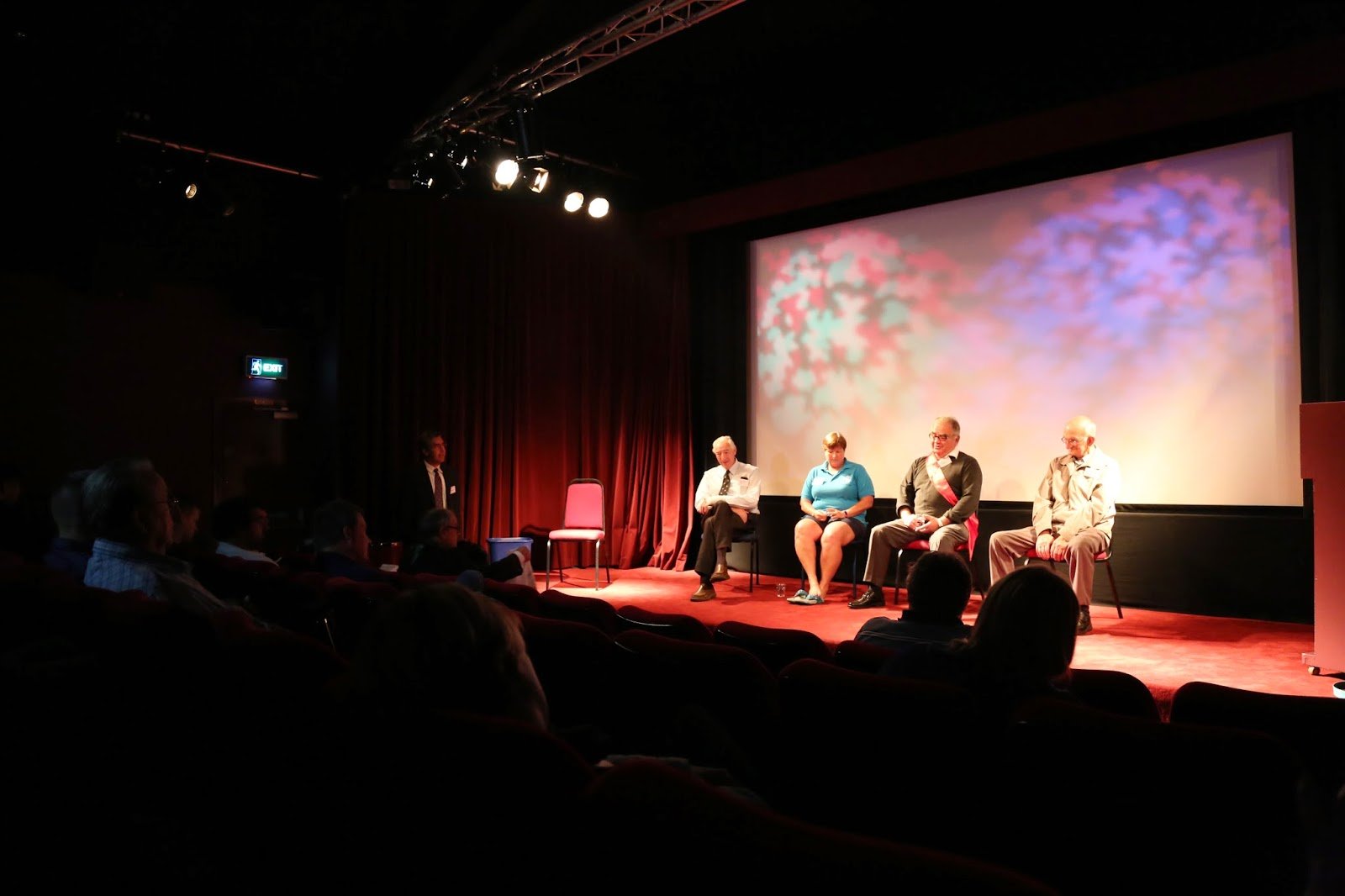 When Michael Read, Sally Minty-Gravett, Kevin Murphy and Tom Watch participated in a wonderfully inspirational panel discussion about their swims across the English Channel during the 2014 Global Open Water Swimming Conference, the audience was spellbound.

The quartet talked about their most difficult challenges (e.g., “the last mile“), what they have eaten during a Channel swim (e.g., tinned peaches and soup), and the profound joys of their sport.

Watch, who took his first swimmer across the English Channel in 1951, spoke about when former King of the Channel® Melvyn Sharp and a slew of other swimmers of the past crossed the channel. “Melvyn used to eat chicken legs and dip them in the sea water for salt.”

Photos courtesy of Ram Barkai show Ned Denison and the quartet of Channel heroes and heroines.