Stage Swimming For Science And Sustainability 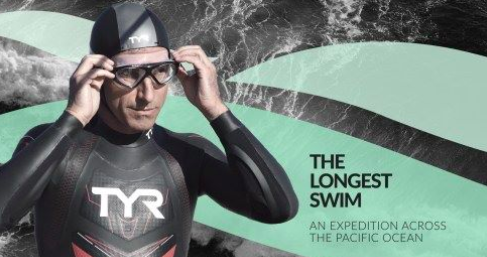 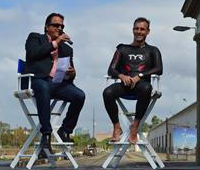 Stage Swimming For Science And Sustainability

AltaSea is an innovative ocean sustainability and marine science campus with myriad research and commercial activities located at the Port of Los Angeles, California.

Lecomte described his 5,500-mile stage swim in spring 2018 from Tokyo to San Francisco. His goal for the swim is to raise awareness of plastic debris and pollution in the ocean. His team plans for him to swim through the 1,000-mile diameter (twice the size of the state of Texas) Great Pacific Garbage Patch that was named by Captain Moore.

Following Captain Moore’s talk, Mulrennan described the threats to marine life from ocean acidification and explained the technology that will be on The Longest Swim’s support vessel, Discoverer. He explained how Lecomte’s crew will operate the equipment throughout the expedition in order to obtain and share data for and with 12 different scientific institutions.

Paul Lecomte, the nephew of Ben, described the science and food to be used during The Longest Swim. Ben and crew will subside on freeze-dried food for the estimated six-month voyage as they will never reach or see land between the time they leave Tokyo until they arrive in San Francisco in mid- to late fall 2018.

Ben dramatically took his place on the stage after he swam in the Pacific Ocean and arrived at AltaSea.