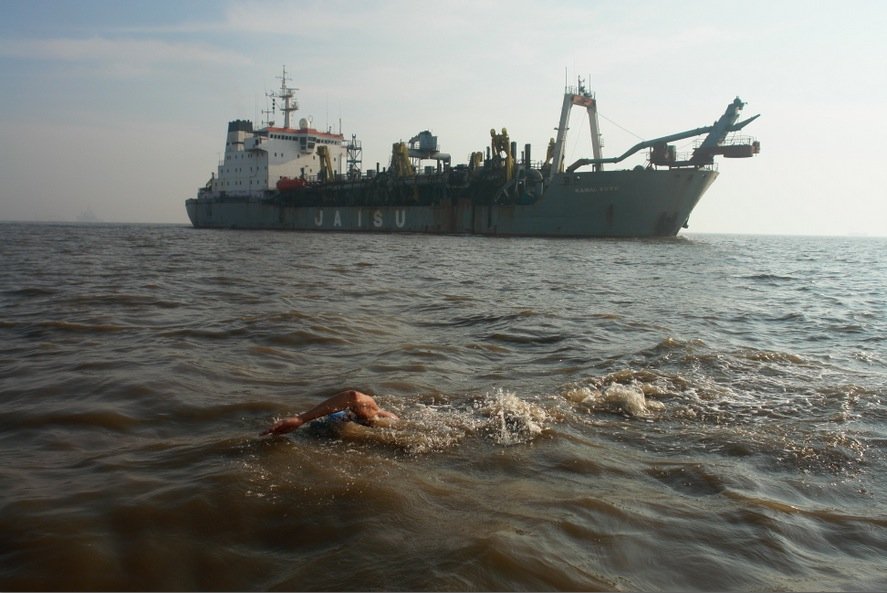 While we swim, we ponder a few issues about the sport of open water swimming…

One current issue on the minds of marathon swimmers is the issue of standardization versus localization.

We have listened to the push from individuals in the marathon swimming world about the need – or at least the desirability – to standardize rules in the sport. This makes complete sense, at least at the surface, since mostly every other sport tend to standardize their rules.

Does standardization make sense in a sport when every venue is different? Some say, that is precisely the reason why rules should be standardized.

Does standardization make sense where swimmers in some locations – but not others – face the threat of sharks, alligators, deadly jellyfish and sea snakes? Some say, that is precisely the reason why rules should be standardized as these elements are part of the sport.

Does standardization make sense when the available equipment – from bubble caps to GPS – has changed over the decades? Some say, that is precisely the reason why rules should be standardized because some things are unacceptable (e.g., bubble caps for warmth) and others are acceptable (e.g., GPS for improved navigation).

As we swam on, we pondered more about this subject…

If the answers to these questions are yes, then standardization is the way to go and should be implemented by the various governing bodies of the sport. If the answer is yes, we wonder why marathon swimming governing bodies do not follow the established rules of the Channel Swimming Association? Since 1927, the Channel Swimming Association set the rules of attempting, observing and governing English Channel swims. If standardization is the goal, why not adhere to the rules set forth by the first organization to govern the sport?

The British have a long history of creating new sports and establishing the rules of those sports, from football (soccer), cricket, tennis, table tennis, rugby, cycling, golf, boxing, badminton, squash, polo, and even rowing and sailing in some formats. The British also do a great job with channel swimming, first starting in 1927 while maintaining strict standardization throughout the 20th century.

So we wonder why have the newer governing bodies not strictly adhered to the rules of the Channel Swimming Association? It is our guess that the local administrators felt a need to deviate from those rules for either local reasons or due to different perspectives, traditions or opinions. It is right and reasonable that those local decisions are to be respected. In the sport of open water swimming, it is perfectly reasonable for local governing bodies to deviate from standard rules accepted elsewhere, especially as the experienced locals see fit. The locals know not only the waterways and traditions, but also the legal structure of the local jurisdiction and wishes, laws and recommendations of the relevant government authorities. Standardization, in our perspective, is difficult to achieve in a sport when so many differences exist.

For example, the Santa Barbara Channel Swimming Association became the first channel swimming body to outlaw drafting off of an escort boat. Its new rule implemented for the first time during the 2013 season according to board member Evan Morrison reads, “The swimmer may not intentionally draft off either the escort boat or the support swimmer.”

Like the distant shore, standardization in marathon swimming seems a long way off in the distance.